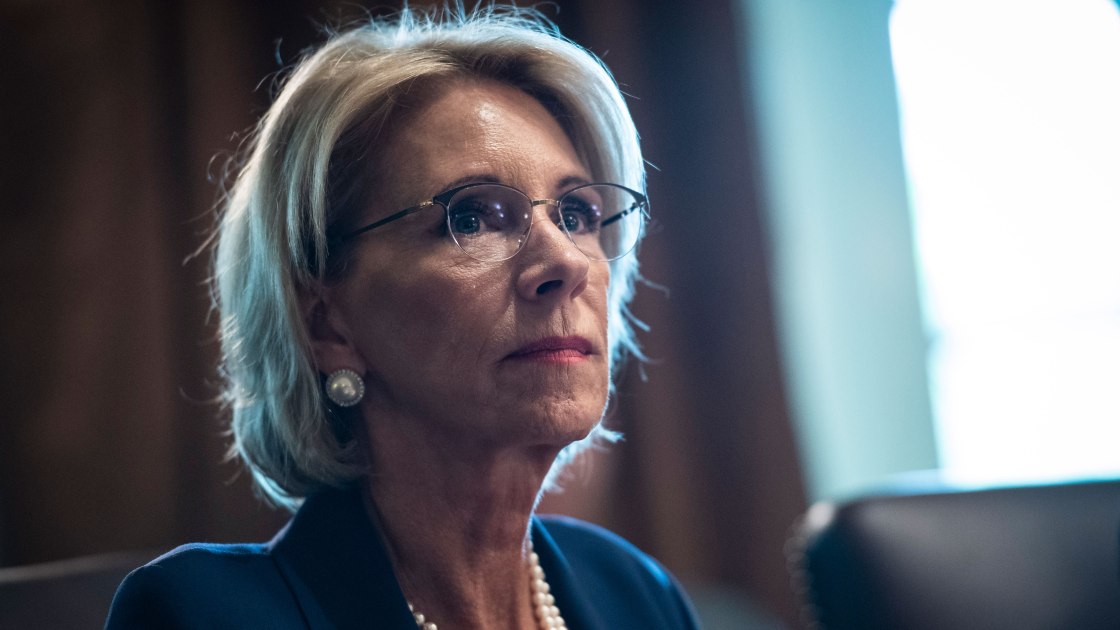 (CNN) — Senate Republicans joined Democrats Wednesday to overturn a rule backed by Education Secretary Betsy DeVos that would have limited the student debt relief granted to people defrauded by for-profit colleges — an unusual bipartisan move to undo a Trump administration initiative to weaken an Obama-era policy.

In a 53-42 vote, 10 Republicans joined Democrats to pass the resolution, which was first approved by the Democratic-held House in January.

It will now go to President Donald Trump, who can either sign the bill or decide to stand with DeVos by vetoing the legislation and letting her rule go into place as was expected on July 1. A policy statement issued by the administration last month said that the President’s advisers would recommend that he veto the resolution. Congress does not have the votes to overturn the President’s veto.

Most GOP senators who crossed party lines to reverse the policy are up for reelection this year, including Sens. Martha McSally of Arizona, Susan Collins of Maine, Cory Gardner of Colorado and Joni Ernst of Iowa.

The additional Republicans who voted with their Democratic colleagues were Sens. Shelley Moore Capito of West Virginia, Josh Hawley of Missouri, Lisa Murkowski and Dan Sullivan of Alaska, Rob Portman of Ohio and Todd Young of Indiana.

Some Democrats argued that the DeVos rewrite “gutted” the rule by making it harder for students to apply for debt relief and changed the calculation so that only some of their loans would be forgiven.

“We don’t believe your life should be ruined because some school lied to you about the education they were promising, the loans you were taking out. We believe that you deserve a second chance in life,” said Democrat Sen. Dick Durbin of Illinois, who sponsored the legislation, in a press conference held after the vote.

DeVos has made several attempts to write the new rule, known as borrower defense, that would scale back an Obama-era policy aimed at helping students who were misled by for-profit colleges like Corinthian and ITT Tech. Both institutions collapsed under regulatory pressure during the Obama administration.

DeVos told members of Congress last year that her rule would protect taxpayers from people trying to scam the system by applying for debt relief when they suffered no harm. Those students who were defrauded would still be eligible for loan forgiveness, she said at the time.

“It’s disappointing to see so many in Congress fooled by misinformation from the Left and the fake news narrative about our efforts to protect students from fraud,” said Department of Education spokeswoman Angela Morabito in an email Wednesday.

“Students, including veterans, who are defrauded by their school and suffer financial harm as a result deserve relief, and our rule provides them relief,” she added.

Democrats have argued that rolling back the policy hurts veterans specifically because they have sometimes been targeted by for-profit colleges.

Thousands of borrowers were granted relief during the Obama administration. But under DeVos, the Department of Education stopped processing the applications as her rewrite was challenged in court. There are currently about 170,000 pending applications.

A court ordered the Department to stop collecting on those debts while the rule was pending. But last year, the Department admitted that more than 16,000 borrowers were incorrectly informed that they owed a payment on their debt after the court order. Some had their wages garnished and others were mistakenly subject to adverse credit reporting. As a result, the judge found DeVos and the Department in contempt of court and ordered them to pay $100,000 in damages.