Bernie Sanders says he is ‘assessing’ his presidential campaign 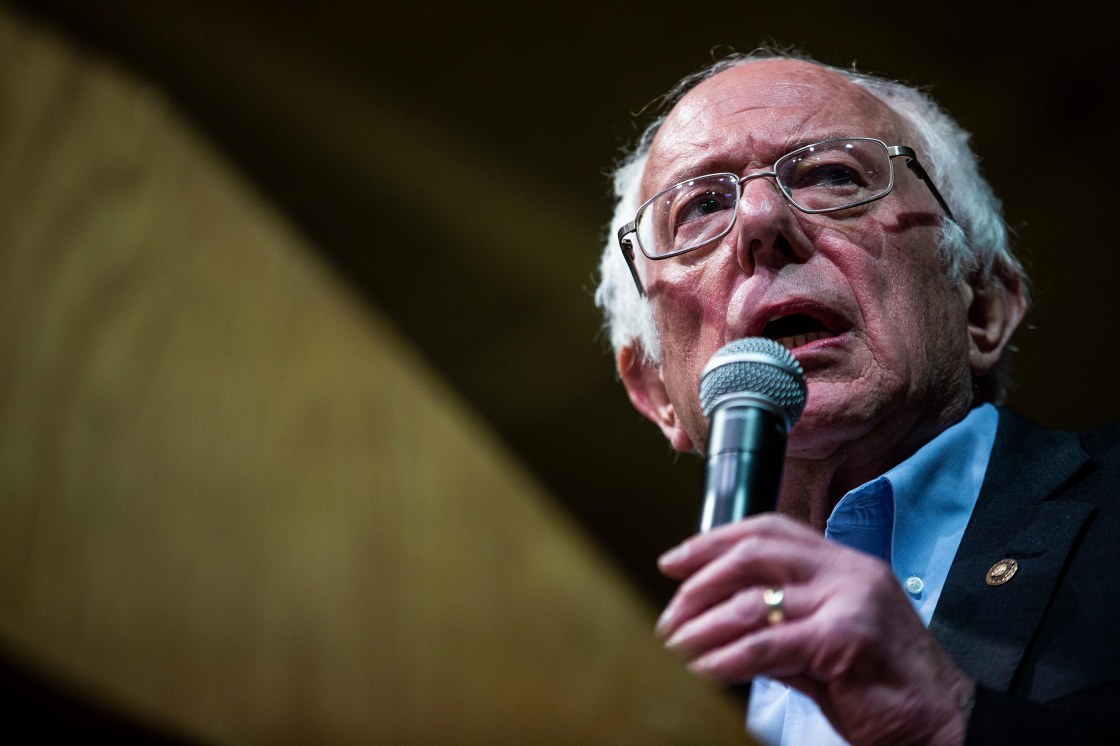 (CNN) — Bernie Sanders said he will assess his presidential campaign after his poor showing in Tuesday’s Democratic primaries.

“As I said yesterday, we are assessing the state of our campaign, there’s not going to be an election for another three weeks,” the Vermont senator told CNN Wednesday. “We are talking to our supporters. Anybody who suggests that at this point we are ending the campaign is not telling the truth.”

Sanders did not answer questions on whether he has a timeframe for making a decision or if he thinks there’s a pathway for him to win the Democratic nomination.

Earlier Wednesday, Sanders campaign manager Faiz Shakir made a similar comment about the future of the senator’s bid.

“The next primary contest is at least three weeks away. Sen. Sanders is going to be having conversations with supporters to assess his campaign,” Sanders campaign manager Faiz Shakir said in a statement Wednesday morning. “In the immediate term, however, he is focused on the government response to the coronavirus outbreak and ensuring that we take care of working people and the most vulnerable.”

Shakir’s statement came as parts of the campaign appeared to halt. An aide confirmed to CNN that the campaign had stopped running digital ad and had not booked TV ads past last week. The campaign has also issued no new fundraising appeals.

Former Vice President Joe Biden substantially expanded his delegate lead over Sanders with his sweep of all three of Tuesday’s Democratic primaries in Arizona, Illinois and Florida.

As of Wednesday, Biden had racked up a near 300-delegate lead over Sanders, according to CNN’s estimate.

“No sugarcoating it, last night did not go the way we wanted,” Shakir wrote in a campaign email to supporters Wednesday. “And while our campaign has won the battle of ideas, we are losing the battle over electability to Joe Biden.”

Chances of Sanders winning the nomination appear mathematically slim and pressure from some Democrats has mounted on the senator to drop out of the race to avoid a lengthy primary and coalesce the party.

Sanders backers believe that the senator needs to remain in the race to push Biden in a more progressive direction.

In the campaign’s email, Shakir told supporters that Sanders will vote on the coronavirus relief bill in the Senate Wednesday and afterward head back home to Vermont with his wife Jane.

“Once there, they’ll begin holding conversations with supporters to get input and assess the path forward for our campaign,” the email read.

A senior aide to Sanders told CNN he’s in a phase of deliberation about not only the next stage of his campaign but also the movement itself.

The aide said “no decision has been made” as of late Wednesday morning about his future and that Sanders will take time to huddle with not only his wife but also engage with a wide range of supporters to get their take on how he should proceed.

“Sen. Sanders legitimately feels the ‘US not me’ statement is not just a slogan it is the backbone of the movement,” the aide said. “He won’t make a decision about the future of his campaign without receiving the input of those who have been by his side.”

This aide said Sanders will use a variety of forms of communication to reach out to supporters, including making phone calls, reading emails and seeking feedback through his massive social media network.

In addition to assessing the future of his campaign, Sanders remains very focused on the Senate’s efforts to confront the coronavirus crisis and in particular the economic impact on the working class of America.

“He cares a lot about the work of the Senate right now in dealing with this crisis,” the aide said. “That is his priority right now.”

As questions continue to grow about the path ahead for Sanders, an aide for the Sanders campaign confirmed to CNN that they have deactivated all digital ads and do not have TV ads booked past last week. The aide said the decision was made “in an effort to conserve resources.”

According to Facebook’s ad analytics tool, the campaign had ads on Facebook as recently as Tuesday. As of Wednesday, those ads were inactive.

But this strategist also warned against reading too much into that — it would be tone deaf to raise small dollars now, given the economic stress many people on Sanders’ list are currently experiencing.

The coronavirus pandemic has upended the election, leading many states to postpone their primary dates over the Centers for Disease Control and Prevention’s recommendations about large gatherings.

The two candidates, both in their 70s, have stopped campaigning on the trail, suspended large rallies, ordered aides to work from home and moved their pitch to voters online.

Before polls closed, Sanders spoke to supporters early Tuesday night but didn’t mention the elections, instead focusing his message on the need to help working families struggling amid the coronavirus crisis.