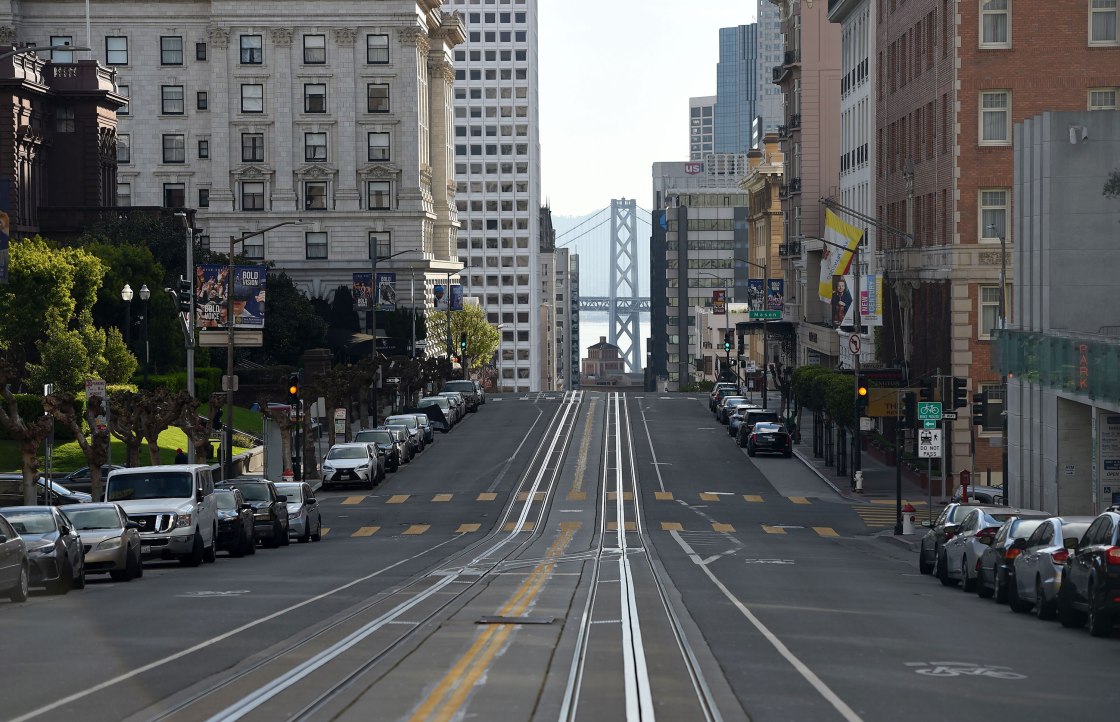 (CNN) — The widespread shutdown of the American economy because of the coronavirus could spark a repeat of the Great Depression, former Trump economist Kevin Hassett told CNN on Thursday.

The outbreak has brought the American economy to a near-standstill. Health restrictions have forced retailers, casinos, restaurants and universities to go dark. Once-bustling airports are deserted. Highways and subways are empty. Factories are shutting down.

“We’re going to have to either have a Great Depression, or figure out a way to send people back to work even though that’s risky,” Hassett told CNN’s Poppy Harlow. “Because at some point, we can’t not have an economy, right?”

In Washington, the Federal Reserve and policymakers are scrambling to cushion the economic blow from the pandemic.

April payrolls could plunge by 2 million

Economists warn the impact on jobs will be severe.

Hassett, who left the White House last year and is now a CNN commentator, predicted that when the April jobs report comes out it will be the “worst jobs number you ever saw,” with perhaps two million jobs lost.

That would easily surpass the worst jobs report of the Great Recession, when payrolls plunged by 800,000 during March 2009.

The biggest one-month job loss in history was in September of 1945, when 1.96 million jobs were lost as the US economy shifted from a war footing to a post-war footing.

Coronavirus-related layoffs have already started. Union Square Hospitality, the New York restaurant group run by Danny Meyer, announced Wednesday it is slashing its workforce by 80%, or 2,000 jobs, because of a “near complete elimination of revenue.”

Marriott International, the world’s largest hotel chain, has started furloughing employees as travel shuts down. And countless retail jobs are at risk as shoppers are forced to stay home.

Weekly jobless claims in the United States jumped to 281,000 for the week ending March 14, the highest level in two-and-a-half years. And that may just be the beginning.

JPMorgan Chase said Wednesday that US initial jobless claims should soar above 400,000 in the coming weeks.

Second-quarter GDP could collapse by 14%

The layoffs, coupled with social distancing required by health authorities, will deal a severe blow to GDP.

Deutsche Bank warned in a report Wednesday that US GDP could plummet at an annualized rate of 13% during the second quarter.

For context, that is more than one-and-a-half times worse than the sharpest contraction during the Great Recession, when GDP dropped by a rate of 8.4% in the fourth quarter of 2008, Deutsche Bank said. It would also surpass the previous post World War II record of 10% set in early 1958.

“The US economy is currently undergoing a truly unprecedented shock that is likely to continue for some time with the spread of the virus set to accelerate further in the coming weeks,” Deutsche Bank economists wrote in their report.

JPMorgan anticipates an even bigger shock, with second-quarter GDP collapsing by 14%. The bank called it an “unprecedented seizing up in activity” across a wide range of sectors.

“We should brace for a disturbing set of economic releases in March and April,” JPMorgan economists said.

The impact is magnified by the fact that the US economy is driven largely by consumer spending. And right now it’s impossible for consumers to spend at restaurants, malls, theaters or on travel as all those businesses close or suspend operations.

Deutsche Bank warned Wednesday that consumer spending will plummet by 8.9% during the second quarter, including a 13.6% plunge in goods spending. Business spending is also expected to collapse by about 20%, nearly matching the depths of the Great Recession.

The economic pain could be far worse overseas. JPMorgan expects a 22% drop in eurozone GDP during the second quarter and a 30% plunge in the United Kingdom.

Credit crisis would deepen the recession

Chaos on Wall Street could exacerbate the economic pain.

The stock market has collapsed, dealing a sizable blow to consumer confidence. All of the gains since President Donald Trump’s election are evaporating. Airline, cruise and energy stocks are in freefall.

Worse, the pipelines of the financial system are clogging up in the panic. The Federal Reserve is racing to pump in vast amounts of money to unclog those vital piles. The risk is that the flow of credit gets cut off just when households and businesses need it most.

The good news — and yes, there is some — is that global central bankers and policymakers are rolling out a laundry list of moves designed to ease the economic and financial shocks of the coronavirus.

And some economists are even optimistic about a rebound later in 2020.

JPMorgan predicts GDP will rebound by 8% during the third quarter and 4% in the fourth, suggesting a very painful but short recession that only lasts two quarters.

Yet no forecasts will matter if the coronavirus outbreak isn’t under control by then. The health crisis must get resolved before a lasting recovery can take hold.