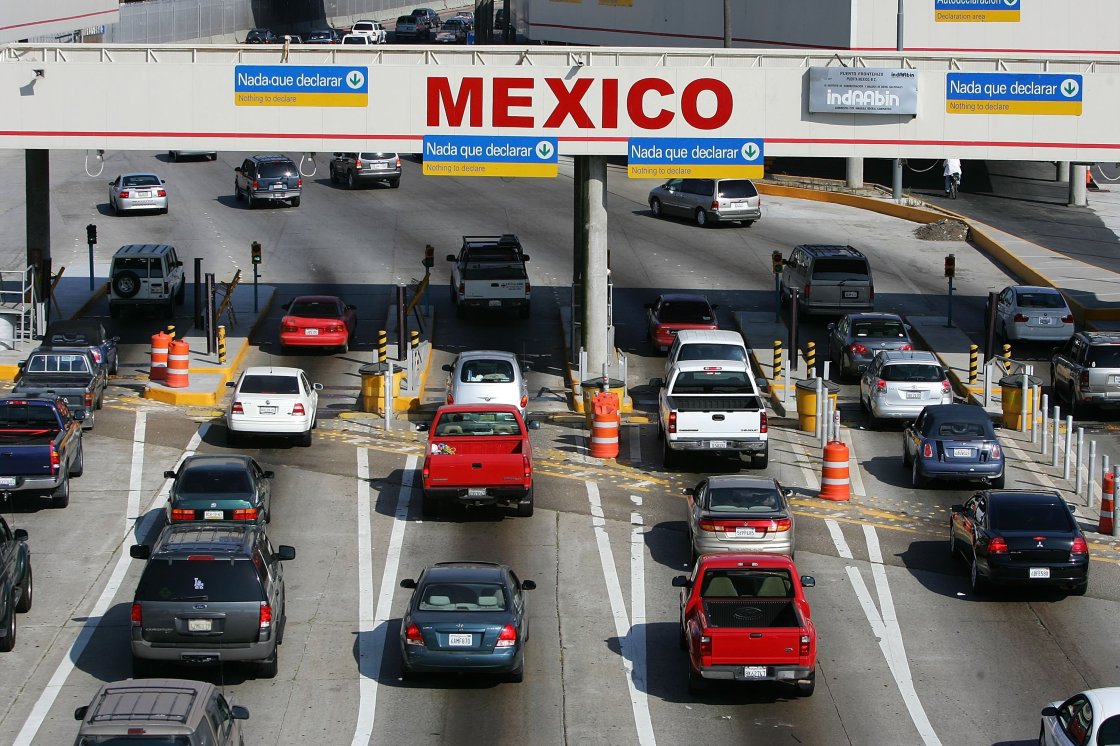 (CNN) — The Trump administration is expected to announce details Friday on plans to curb non-essential travel on the US-Mexico border in an effort to limit movement amid the ongoing coronavirus pandemic, according to acting Homeland Security Secretary Chad Wolf.

The expected action on the southern border appears similar to the one taken on the US border with Canada and marks the latest move by the administration to seal off the United States as coronavirus continues to spread.

“We’re working with both our Canadian partners as well as our Mexican partners to put some restrictions on the travel across that border, really looking at limiting nonessential travel across that border,” Wolf told reporters Friday at the White House. “We want to make sure cargo continues, trade continues, healthcare workers continue to be able to traverse that border. But tourism, some recreational activities and other things need to stop during this crisis.”

Over recent weeks, Trump has joined countries across the globe in introducing a slate of travel restrictions, which extend from China to Europe’s Schengen Area to the United Kingdom and Ireland, over coronavirus concerns. In a span of a few days, Trump has also moved to largely shutter the US land borders.

The US and Mexico have been coordinating on a plan to restrict non-essential travel across the border, the State Department confirmed Thursday evening. US Secretary of State Mike Pompeo and Mexican Foreign Secretary Marcelo Ebrard discussed the plans during a call on Thursday, according to a readout from State Department spokesperson Morgan Ortagus.

Pompeo said on Twitter that he had been “working closely” with his Mexican counterpart “on travel restrictions that balance protecting our citizens from further transmission of #COVID19.”

Thousands of people cross the US-Mexico border daily for work, school, and other activities. It’s unclear what, if any, of those activities will continue under the new restrictions.

On Thursday, the United States and Canada announced plans to suspend nonessential travel between the two countries because of the pandemic.Trump tweeted: “We will be, by mutual consent, temporarily closing our Northern Border with Canada to non-essential traffic. Trade will not be affected. Details to follow!”

Sources also told CNN earlier this week that there was a plan in place to turn back all asylum seeking migrants. One source called it an “unprecedented closure of the Southwest border.”

Trump has previously floated closing the southern border to bar entry to migrants. With the coronavirus pandemic, immigration hardliners have seen an opportunity to accomplish some of the administration’s most restrictionist immigration policies, like denying entry to all asylum seekers.

Trump confirmed Wednesday he’s planning to bar entry to migrants illegally crossing the US southern border, including those seeking asylum. “The answer’s yes,” Trump said at the White House when asked if he was planning to take that step, which he said would come “very soon.”

In its response to the pandemic, the administration has made sweeping changes to the country’s immigration apparatus, altering daily operations and disrupting the lives of thousands.

In a little over a week, there have been a dozen changes, ranging from postponing immigration hearings to pausing deportation flights to certain countries and suspending refugee admissions.

The tweaks to the system are being made incrementally, though rapidly, as the pandemic spreads across the country.