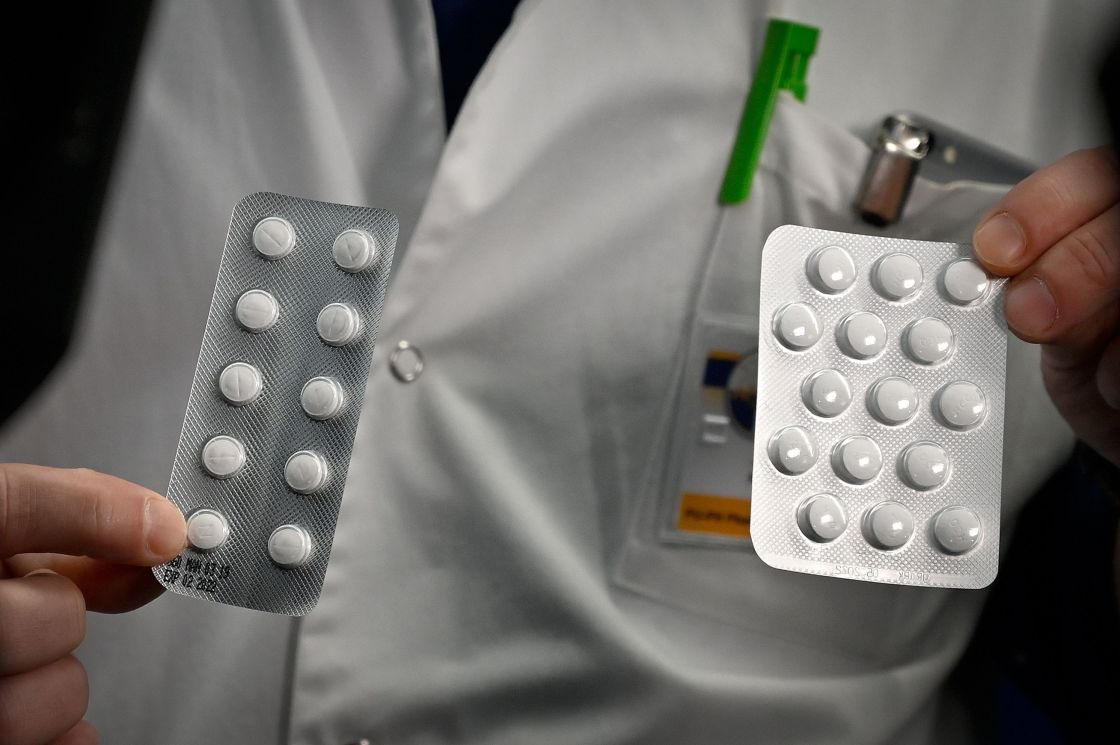 (CNN) — A Phoenix-area man is dead and his wife is under critical care after the two took chloroquine phosphate in an apparent attempt to self-medicate for the novel coronavirus, according to hospital system Banner Health.

It does not appear they took the pharmaceutical version of the drug, but rather “an additive commonly used at aquariums to clean fish tanks,” Banner Health said in a statement.

Though Banner did not provide additional details, NBC News spoke to the wife, who said they learned of chloroquine’s connection to coronavirus during a President Donald Trump news conference, which “was on a lot actually.” They took it because they “were afraid of getting sick,” she said.

“I had (the substance) in the house because I used to have koi fish,” she told the network. “I saw it sitting on the back shelf and thought, ‘Hey, isn’t that the stuff they’re talking about on TV?'”

Trump has touted chloroquine as a possible treatment for Covid-19. It is approved by the Food and Drug Administration for treating malaria, lupus and rheumatoid arthritis, but the FDA has not approved it to treat the coronavirus.

Banner Health experts emphasized that the medication — as well as other “inappropriate medications and household products” — “should not be ingested to treat or prevent this virus.”

“Given the uncertainty around Covid-19, we understand that people are trying to find new ways to prevent or treat this virus,” Dr. Daniel Brooks, medical director of the Banner Poison and Drug Information Center, said in the statement. “But self-medicating is not the way to do so.”

Seven years ago, the publication, Advanced Aquarist, heralded three forms of chloroquine as “a ‘new’ drug for treating fish diseases” and detailed its effectiveness in fighting off certain parasites in saltwater aquariums.

One online aquarium retailer, which was sold out of “the wonder drug” Tuesday, included in its terms of use that customers agree to use chloroquine “ONLY in the treatment and maintenance of ornamental fish. … We agree not to intentionally divert these chemicals for any other use.”

Banner Health, which is based in Arizona, didn’t give any details on how the couple, both in their 60s, acquired the chloroquine or which Banner hospital treated them.

“Within thirty minutes of ingestion, the couple experienced immediate effects requiring admittance to a nearby Banner Health hospital,” its statement said.

Trump has called chloroquine and the closely related hydroxychloroquine potentially important in the fight against Covid-19.

“HYDROXYCHLOROQUINE & AZITHROMYCIN, taken together, have a real chance to be one of the biggest game changers in the history of medicine,” he tweeted Saturday.

Early research suggests the drug could be useful against the virus, but Trump’s comments have prompted health officials to warn that further study is needed.

Dr. Anthony Fauci, the nation’s top infectious disease expert, has said the drugs may be effective against the novel coronavirus. However, he told CBS’ Margaret Brennan on Sunday that Trump had heard about the hydroxychloroquine and azithromycin combination’s effectiveness from anecdotal reports.

“I’m not disagreeing with the fact anecdotally they might work, but my job is to prove definitively from a scientific standpoint that they do work,” said Fauci, who serves on the White House coronavirus task force.

In Nigeria, health officials issued a warning about chloroquine, saying three people in the country have overdosed on the drug after Trump endorsed it as a potential treatment.

Banner Health said it is “strongly urging” health care providers not to prescribe chloroquine to patients who aren’t hospitalized.

“The last thing that we want right now is to inundate our emergency departments with patients who believe they found a vague and risky solution that could potentially jeopardize their health,” Brooks said.