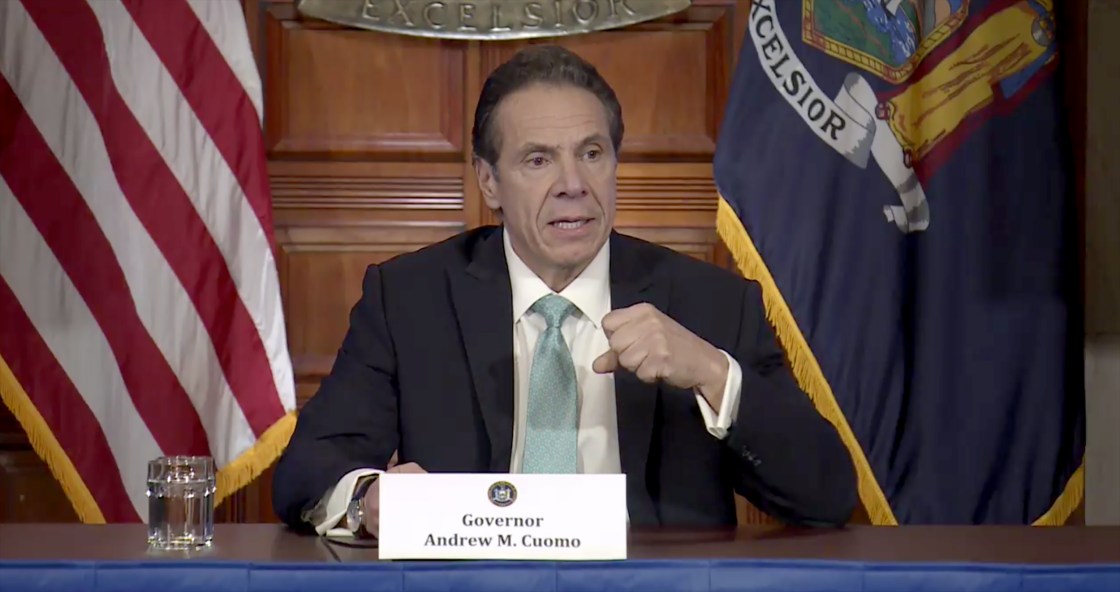 (CNN) — Social distancing efforts to stop the spread of coronavirus in New York, the epicenter of the American outbreak, are showing signs of working, Gov. Andrew Cuomo said on Wednesday.

In addition, New York had 4,790 new confirmed coronavirus cases on Tuesday, a decrease from the 5,707 positive tests on Monday. Though just one data point, it was the first time in over a week that new cases were lower than the day before, according to the state’s count. Cuomo cautioned the outbreak is expected to peak in about two to three weeks.

Overall, more than 30,000 people have tested positive for coronavirus in New York, including 17,856 cases in New York City, the country’s largest and most densely populated city. The state tally is more than half of the US total, Cuomo said.

“We have 10 times the problem that the next state has,” he said.

Health officials have emphasized that slowing the spread of the contagion over time — known as flattening the curve — is the key to limiting deaths. Without slowing the spread, huge numbers of infected patients in a very short amount of time can overwhelm the ability of the medical system to provide needed care.

As such, New York is one of a number of states under stay-at-home orders, meaning that everyone must remain home except for essential activities. Schools are closed, non-essential businesses are shuttered and all social gatherings are banned.

Cuomo specifically pointed to the effectiveness of social distancing efforts in Westchester County, home to New Rochelle, the NYC suburb that was the first city to experience an outbreak.

“Can you slow the rate of infection? Yes. How do you know? Look at what we did in Westchester,” he said.

Still, needed supplies, ventilators, hospital beds and personnel remain in short supply, Cuomo said. New York has enough personal protective equipment for all statewide hospitals for about the next two weeks, but the state has not yet secured supply for three weeks from now and beyond.

“Our single greatest challenge are the ventilators.”

Cuomo said he and federal officials discussed the idea of a “rolling deployment” in which resources move to other states with the most pressing need at any time.

“Send us the equipment that we need. Send us the personnel. As soon as we get past our critical moment, we will redeploy that equipment and personnel to the next hot spot,” he said.

World Health Organization spokeswoman Margaret Harris warned that the US could become the next worldwide epicenter of the coronavirus pandemic.

“The potential is there, but you’ve still got time to turn it around,” she said.

Dr. Deborah Birx, the White House coronavirus response coordinator, said that anyone who has recently left New York should self-quarantine for 14 days in an effort to slow the spread of the virus in the US.

Cuomo has warned that New York hospitals are running low on ventilators, medical supplies, space and staff and has called for the federal government to take a more active role in filling those needs.