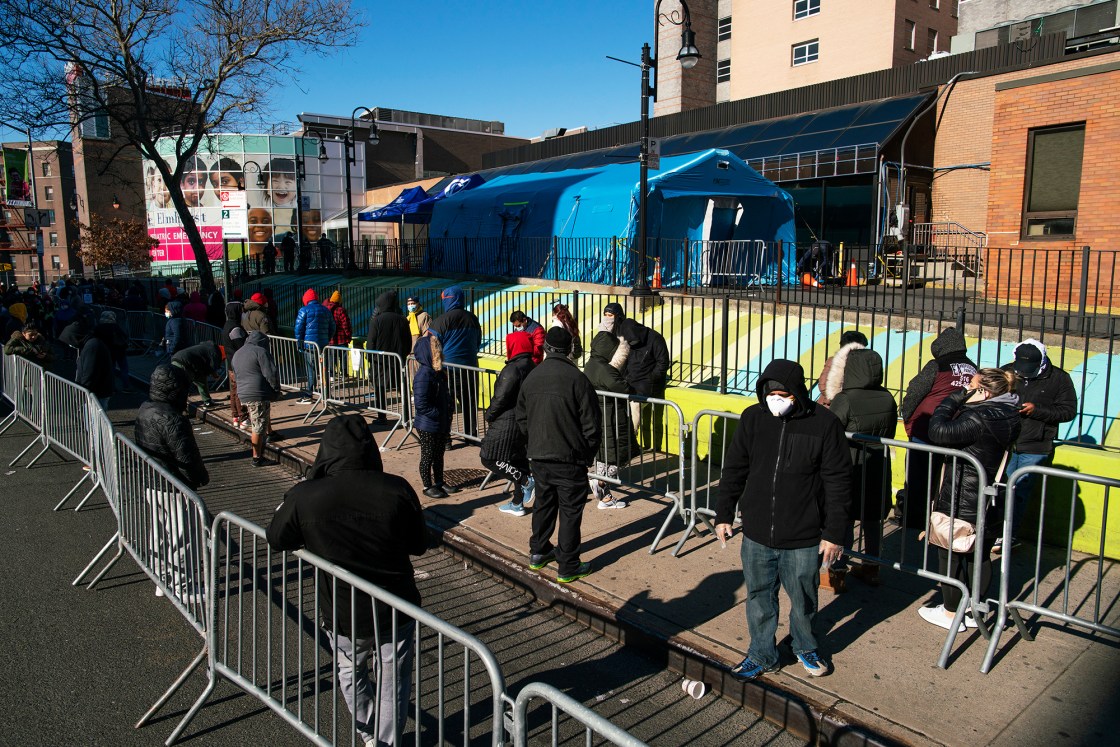 (CNN) — At least 185 deaths have been reported in the United States Wednesday from Covid-19, a new high for fatalities in a single day.

The grim tally is 21 more than Tuesday’s total and brought the number of deaths since the outbreak reached the US in late January to at least 890.

On Sunday morning — less than four days ago — the nationwide total was 326 deaths, according to CNN’s data derived from state reports.

More than 63,000 people in the United States have now had a positive test for the novel coronavirus.

Health official: US doesn’t have to become epicenter

There’s still time to stop the United States from becoming the next epicenter of the coronavirus pandemic, a World Health Organization spokeswoman told CNN on Wednesday.

“The potential is there, but you’ve still got time to turn it around,” WHO’s Margaret Harris said.

Though the number of cases and deaths continues to grow in the United States, it’s possible to reverse the trajectory, she said.

The formula for success is testing people, finding each case, identifying people who have come into contact with those who have been infected, isolating those who are ill or who have been exposed and quarantining, she said.

“Finally, getting the people who are ill to treatment — and when you do that, really, really protect your health workers,” she said.

Harris previously said that the US had the potential to be the next epicenter based on the “very large acceleration” in its number of cases.

President Donald Trump is hopeful Americans will be able to return to work in fewer than three weeks, he said, by Easter, which is April 12 — an outlook that is not shared by world health officials.

“Rest assured, every decision we make is grounded solely on the health, safety and well-being of our citizens,” Trump said.

With US health officials sounding alarms similar to those of their world counterparts, governors across the country have continued to roll out aggressive measures to stop the rise in cases.

Former Baltimore Health Commissioner Dr. Leana Wen, an emergency room physician, worries that a dearth of testing means experts can’t fully understand the scope of the pandemic. In some areas, officials may be seriously underestimating the number of cases, she said.

Without the proper data in hand, “it would be premature for us to roll back any of these restrictions which frankly have just started,” the George Washington University professor said.

“We need to know the data, and if we don’t have the data, how are we making these decisions at all?” she asked. “It seems like these dates that are being picked are arbitrary and not based on science and evidence.”

At least 877 people in the United States have died from the virus, and more than 61,372 have been infected. More than half of the US population lives in an area that’s under stay-at-home orders.

‘We have overwhelmed our stocks’

California Gov. Gavin Newsom, who issued a stay-at-home order last week said it’s likely the measure will remain in place over the next two or three months.

“I think April for California would be sooner than any of the experts that I talked to would believe is possible,” he said.

The state reported a teenager may have died from coronavirus Tuesday. While the Los Angeles County Public Health Department said there may be another explanation, the teen could be the first juvenile to die from Covid-19 in the US.

A 12-year-old in Atlanta, meanwhile, is showing improvement after her family said Sunday she was fighting for her life. On Wednesday, she was coming out of sedation and “responding well” to her parents, cousin Justin Anthony said.

In Louisiana, which Gov. John Bel Edwards said is experiencing the fastest growth rate of cases in the world, residents have been ordered to stay home until April 12.

“We have overwhelmed our stocks of key resources needed for our hospitals, first responders and emergency managers. There will be a long-lasting impact on the state of Louisiana,” he said.

Trump on Tuesday approved Edwards’ request for a major disaster declaration, which will provide more federal aid for the state, where two parishes — Jefferson and Orleans, in metro New Orleans — are among the hardest hit in the country.

Social distancing guidelines set forth by the federal government this month will expire next week. Among other guidelines, the “15-day pause” urges Americans to avoid public gatherings with more than 10 people.

Trump foresees a rapid recovery and “packed churches all over our country” on Easter, he told Fox News on Tuesday.

“I’m not sure that’s going to be the day, but I will love to aim it right at Easter Sunday,” he said.

The US has turned to Italy to understand how social distancing measures can help slow the virus’ spread, a health official said Tuesday.

“We’re looking very closely around the world, specifically Italy right now, because they are reaching their two weeks of clear social distancing — and looking at the impact, we are seeing the number of deaths starting to decline,” Dr. Deborah Birx, the White House coronavirus response coordinator, said on “The Today Show.”

‘This is your future’

New York’s surge in cases should serve as a warning for the rest of the country, Gov. Andrew Cuomo said.

“Where we are today, you will be in three weeks or four weeks or five weeks or six weeks,” he said. “What we do here will chart the course.”

New York has a tally of more than 30,000 cases, several times that of any other state, and the majority of the state’s cases are in New York City. Cuomo said Wednesday that 12% of New Yorkers who have tested positive are in the hospital and 3% of those people are in intensive care.

Cuomo attributed the high numbers to international tourism and the fact that New Yorkers live and work in close proximity to each others.

Anyone who has left New York over the last few days should self-quarantine, Birx said.

The state and city are making appeals to the federal government for more medical supplies.

New York’s hospitals have enough personal protection equipment for only the next two weeks, Cuomo said. The state also needs about 30,000 ventilators. As of noon Wednesday, the state had 4,000 ventilators in hospitals, had 4,000 more on the way from the federal government, had purchased another 7,000 and is “still shopping,” the governor said.

The ventilators are the “difference between life and death for thousands of New Yorkers,” New York City Mayor Bill de Blasio said.

In addition to Louisiana and New York — which followed California’s and Washington’s alarming spikes — Florida, Georgia, Michigan, New Jersey, Pennsylvania have also seen accelerated increases in their coronavirus cases. New Jersey has the second-most cases in the country.

Because of the varying tallies — more than 25,000 in New York, while other states have fewer than 50 — timelines for reopening businesses and returning to normalcy need to remain flexible, said Dr. Anthony Fauci, director of the National Institute of Allergy and Infectious Diseases.

“No one is going to want to tone down things when you see what’s going on in a place like New York City,” he said during a White House news conference Tuesday.

On Wednesday, WHO Director-General Tedros Adhanom Ghebreyesus said the time to respond to the pandemic was a month or two ago.

“This virus is public enemy number one,” Tedros said. “This is a second opportunity, which we should not squander and do everything to suppress and control this virus.”