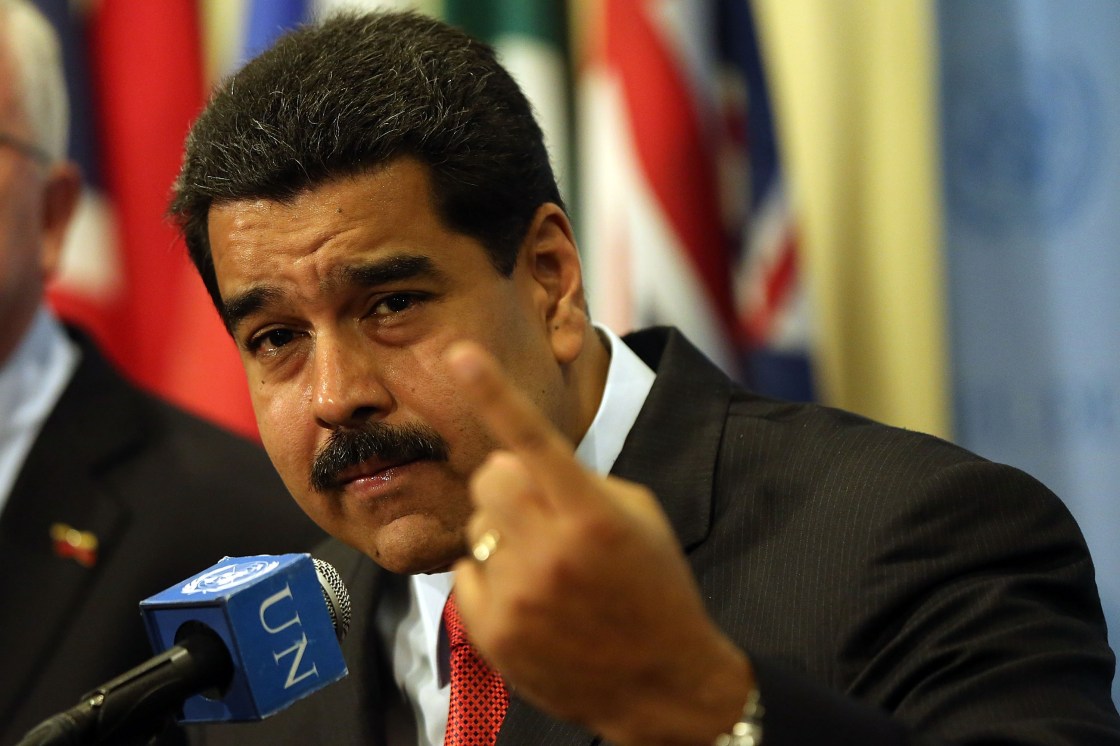 (CNN) — The Trump administration is expected to unseal criminal charges against Venezuelan President Nicolás Maduro and senior leaders from his government, five sources familiar with the situation said, in a momentous move that will mark a modern low point in relations between the US and the ailing socialist state.

It’s unclear what specific crimes they are being accused of, but the sources said they were related to the country’s extensive drug trafficking efforts.

CNN originally reported that the State Department would also be designating Venezuela a state sponsor of terrorism, according to five sources familiar with the situation. However the State Department, which would officially make a terrorism designation, said Thursday it would not be doing that.

Attorney General William Barr is expected to announce the charges at a news conference Thursday morning. A spokeswoman for the Justice Department declined to comment.

The official charges will come several months after a period of historic tumult in Venezuela that saw Maduro’s leadership challenged following an election condemned by international authorities and massive street protests. The US and a host of other countries and international bodies have instead recognized the president of Venezuela’s National Assembly, Juan Guaidó, as the country’s leader, and the Trump administration has waged a campaign of aggressive economic punishment that aimed to force Maduro out of power.

The US has accused the Maduro regime of widespread human rights abuses, including extrajudicial killings, torture, arbitrary arrest and the detention of Venezuelan citizens.

Members of the regime have also been accused in the past of facilitating narcotrafficking operations in the country, in part to fuel a crumbling economy marred by rampant government corruption.

Colombian officials told CNN last year that drug smuggling in Venezuela has recently involved the Colombian leftist guerrilla group ELN, which is considered a terrorist organization by the US, working with the Maduro military.

US officials have also said that Venezuela is harboring and working with the Iranian-backed Hezbollah and the reemerging Colombian insurgent group FARC, both of which are designated terrorist organizations by the US.