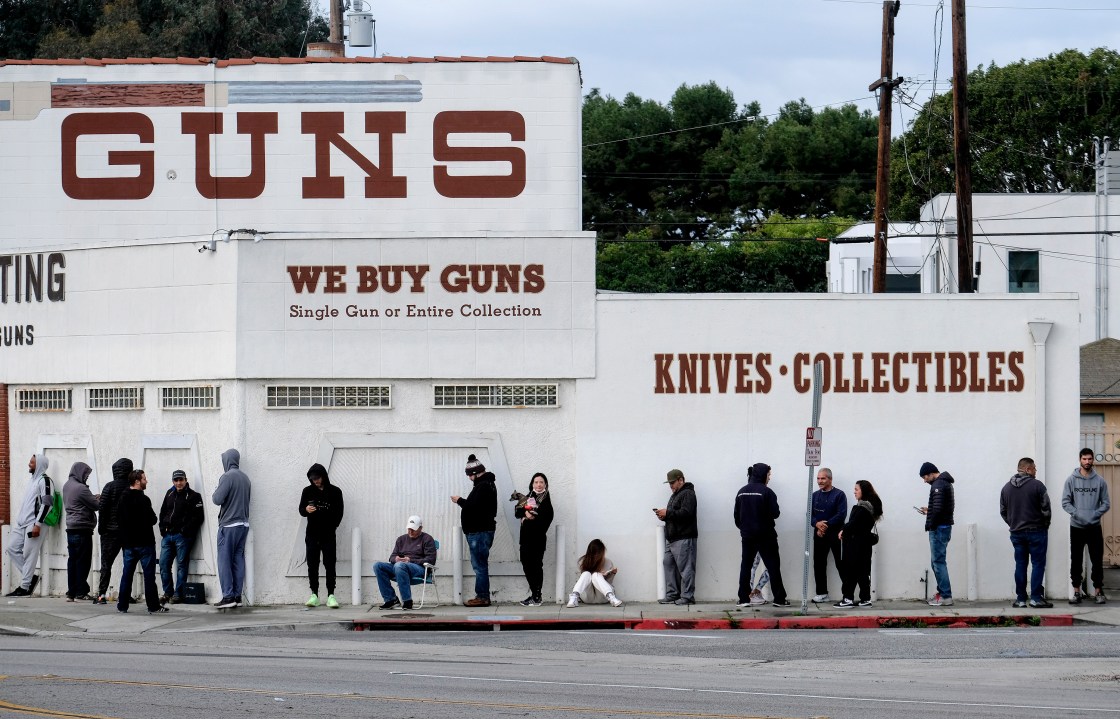 The National Rifle Association and other gun owner groups are suing California Gov. Gavin Newsom and other officials after gun stores were deemed non-essential businesses and ordered to close during a statewide stay-at-home order to curb coronavirus infections.

The lawsuit seeks to have gun stores declared essential businesses. It was filed Friday by the NRA, a Los Angeles-area gun retailer, and other gun owner groups in the U.S. District Court for the Central District of California.

The suit came after Villanueva announced Thursday that due to Newsom’s executive order, all gun and ammunition stores in Los Angeles County are not considered essential businesses and must close to the general public.

Newsom’s order allows grocery stores, gas stations, pharmacies and other businesses to remain open during the stay-at-home order, but forces the closure of others considered non-essential.

The lawsuit filed by the NRA and other gun owner groups claims the executive order violates gun owners of their Second Amendment rights.

“The circumstances posed by the Novel Coronavirus (“COVID-19″) outbreak are noteworthy, but do not excuse unlawful government infringements upon freedom,” the suit says.

“In fact, the importance of maintaining the ongoing activities of essential businesses for the safety, health, and welfare of Californians makes Plaintiffs’ point: the need for enhanced safety during uncertain times is precisely when Plaintiffs and their members must be able to exercise their fundamental rights to keep and bear arms.”

The Los Angeles County Sheriff’s Department said it had not yet been served with the lawsuit and did not have a comment. Spokespersons for Newsom, Ferrer, and Angell did not immediately return CNN’s requests for comment.

But the gun violence prevention group Brady said the NRA’s lawsuit is misguided, saying the group cares more about profits than public health.

“In this time when we all need to sacrifice to flatten the curve and stop this pandemic, it is disturbing that the NRA won’t budge from its overriding purpose — to increase gun industry profits at any cost,” Brady President Kris Brown said.

“There is no constitutional right to spread coronavirus while shopping, for guns or anything else.”