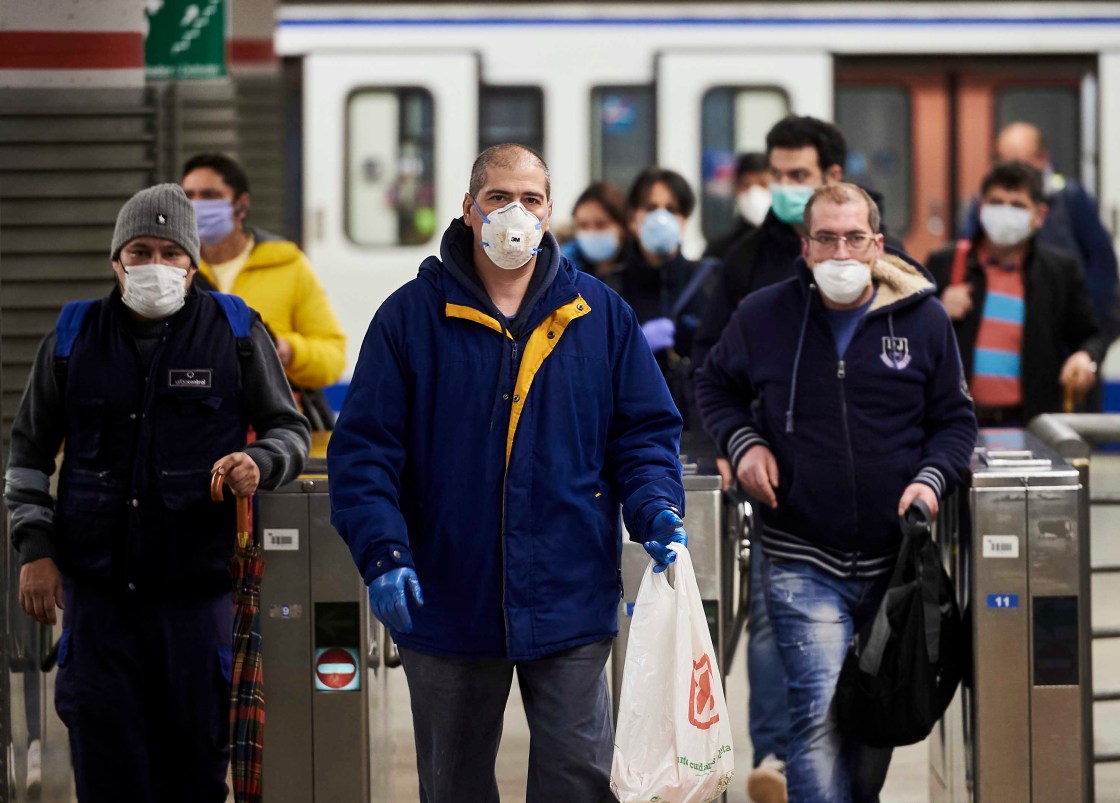 Around 300,000 nonessential workers are estimated to have gone back to their jobs in Spain’s Madrid region on Monday as the country began a partial lifting of lockdown restrictions aimed at curbing the spread of coronavirus, a spokesperson for Madrid’s regional government told CNN.

As Spain enters its second month of lockdown, some restrictions were eased, allowing those who cannot work from home, such as those in the construction and manufacturing industries, to return to work.

However, shops, bars, and restaurants and other businesses considered nonessential remain closed.

Spain has been one of the countries worst affected by the coronavirus pandemic, with more than 169,000 confirmed cases so far — the highest in Europe, and second only to the US, according to figures from Johns Hopkins University.

The country has now recorded a total of more than 17,400 deaths. On Monday, it recorded the second-lowest daily rise in deaths for three weeks: 517 fatalities in the past 24 hours.

But Prime Minister Pedro Sanchez has cautioned that the nation’s return to normal life will be “progressive,” stressing that the resumption of normal activity will happen in phases and will be accompanied by hygiene measures and efforts to monitor new cases and prevent further contagion.

“We can’t even know what kind of normality we’re returning to,” he said last week.

Over the weekend, the government announced that police would begin handing out 10 million protective masks at metro stations and other transport hubs, while reiterating guidance on social distancing and regular hand-washing.

Spain’s central government has distributed one million coronavirus testing kits around the country, and a further five million will be sent out in the coming days and weeks.

“The climb has been difficult, the descent will also be,” Sanchez told parliament last week, as the country’s state of emergency was extended to April 26. Sanchez has warned that restrictions may need to be further extended.

Still, the easing of restrictions has triggered concern in some quarters.

Spain’s General Workers Union (GTU) has raised concerns over the safety of those returning to work. The union, which has 940,000 members, according to its website, called on employers to be responsible for providing personal protection equipment for their staff.

Some opposition politicians and a number of regional governments have also criticized the easing of restrictions. Quim Torra, president of Catalonia, said returning people to work was “irresponsible and reckless” in a video statement posted to his verified Twitter account.

Last week, a study published in medical journal The Lancet warned that coronavirus lockdowns across the globe should not be completely lifted until a vaccine for the disease is found. The study, based on China’s outbreak, used mathematical modeling to show how lifting such measures prematurely could result in a sweeping second wave of infection.

Spain is one of several European countries cautiously preparing to loosen restrictions.

Austria said it would gradually begin to reopen shops after Easter, and in Germany a group of economists, lawyers and medical experts are recommending a gradual revival that would allow specific industries and workers to resume their activities while steps are taken to prevent a resurgence of coronavirus.

Meanwhile, Denmark will reopen kindergartens and schools this week if coronavirus cases remain stable, and children in Norway will return to kindergarten a week later.