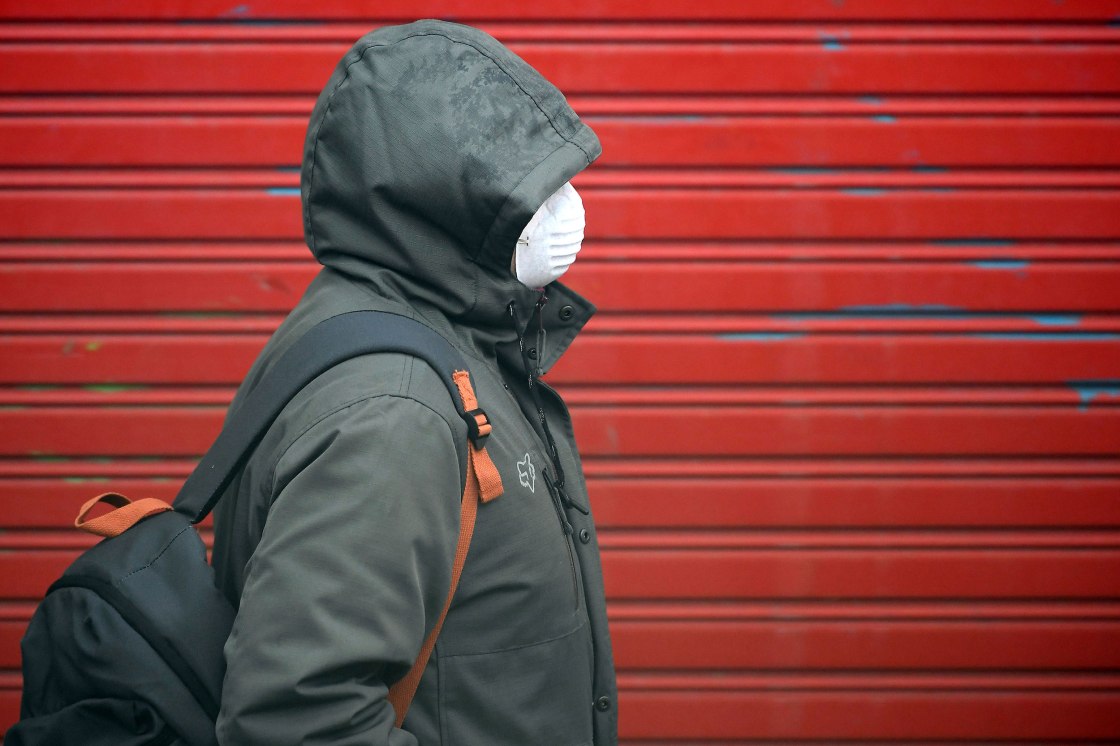 RIVERSIDE (CNS) – A Riverside man and his business partner are accused of attempting to sell hundreds of thousands of face masks they either didn’t own or didn’t have as part of a scheme to exploit distributors in need of essentials amid the coronavirus emergency, federal prosecutors said Monday.

“The defendants sought to take advantage of the urgent national need for life-saving personal protective equipment through a fraudulent scheme designed to line their own pockets,” U.S. Attorney Richard Donoghue, in the agency’s Brooklyn office, alleged. “This office, together with the Justice Department’s COVID-19 Hoarding and Price Gouging Task Force, is working tirelessly to ensure that scam artists who seek to capitalize on the worldwide pandemic will be brought to justice.”

David Lee Allen, 62, of Riverside, and Manuel Revolorio, 37, of Rancho Cucamonga, are each charged with federal conspiracy to commit wire fraud. The complaint against the pair was filed following an investigation led by prosecutors in the U.S. Attorney’s Office for the Eastern District of New York, with assistance from prosecutors in the Central District of California.

Allen and Revolorio were slated to make a joint initial court appearance Monday afternoon in the federal courthouse in downtown Los Angeles.

The defendants operated what prosecutors allege was an enterprise-in- name-only, called International Commerce & Investment Group, based in the Inland Empire.

Court papers allege that the duo claimed to have access to a vast inventory of masks, and boasted of close contacts with “global traders, medical institutions and other companies to supply PPE.”

“The defendants also falsely claimed that ICIG had contracts and agreements in place to resell millions of masks and attempted to pressure a potential purchaser to wire more than $4 million to secure those masks,” according to a U.S. Attorney’s Office statement.

One of their advertising tactics included presenting shrink-wrapped empty boxes that the men purported were filled with masks, prosecutors allege.

During an encounter with an undercover investigator posing as a prospective buyer, Allen and Revolorio allegedly said they had ready access to a million masks in the possession of a third party, but prosecutors said the representation was false and part of the scam.

“The alleged behavior here is nothing short of a betrayal of fellow citizens — both those serving on the front lines, and the communities who need those essential workers able to safely serve,” FBI Assistant Director-in- Charge William Sweeney said.

“At this critical time, Allen and Revolorio allegedly deceived potential investors and purchasers into thinking they were running a legitimate business with resell rights to more than three million of these highly sought- after items,” he said. “The FBI will continuously work to identify and hold accountable any company, individual or entity, whose intention it is to unlawfully take advantage of the current pandemic.”

The potential prison time the men may face if convicted was not disclosed.

Authorities encouraged anyone with information about suspected COVID- 19-related hoarding or price-gouging to contact the National Center for Disaster at 866-720-5721, or disaster@leo.gov.