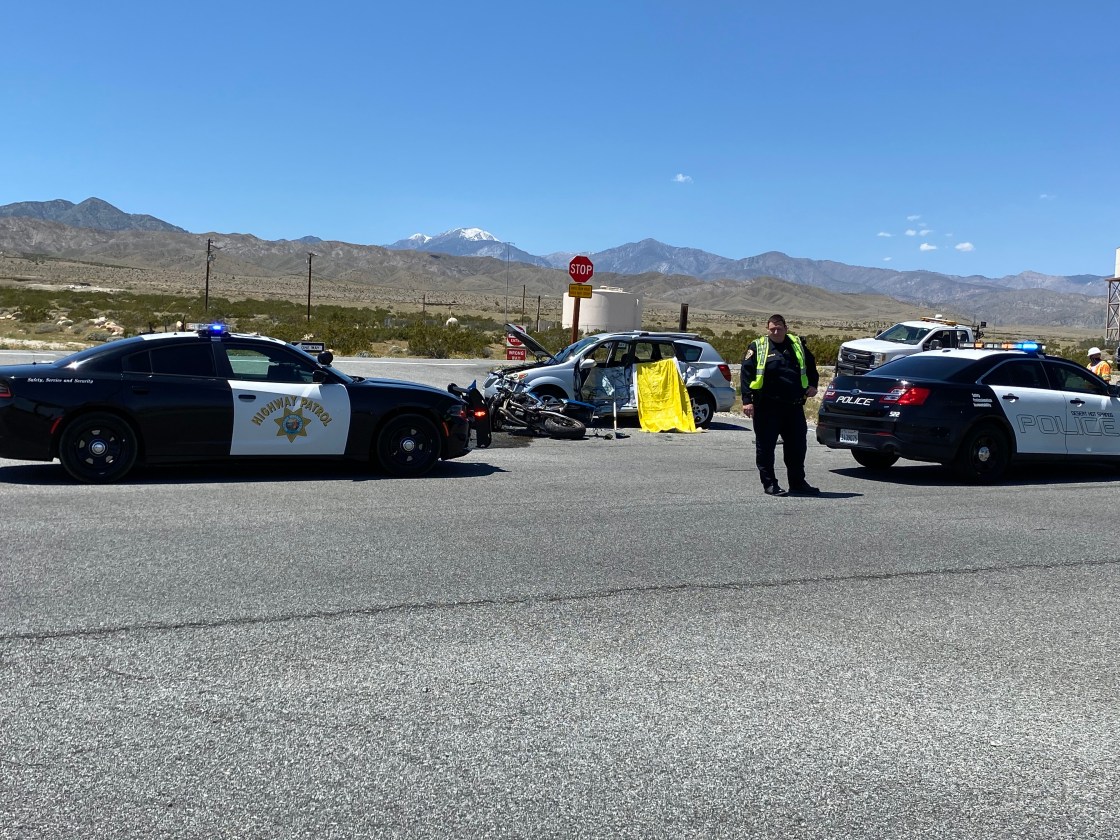 DESERT HOT SPRINGS (CNS) – A motorcyclist who suffered fatal injuries when he slammed into an SUV on state Route 62 in Desert Hot Springs was identified Tuesday as a 27-year-old Perris man.

Branden Ocampo was pronounced dead at the scene of the crash, which was reported about 12:30 p.m. Saturday at the intersection of SR 62 and Pierson Boulevard, Riverside County Sheriff’s Sgt. Steve Albert said.

Ocampo was riding his Suzuki GSX-R1100 on SR 62 when an SUV attempted to cross the roadway, failing to yield to Ocampo’s right of way, according to Desert Hot Springs police. Ocampo, who was wearing a helmet, could not stop in time and collided with the SUV, police said.

The driver of the SUV, a 37-year-old woman, was rushed to a local hospital with major injuries.

All eastbound lanes on SR 62 were shut for several hours after the crash while investigators worked the scene.

Police are investigating the crash.