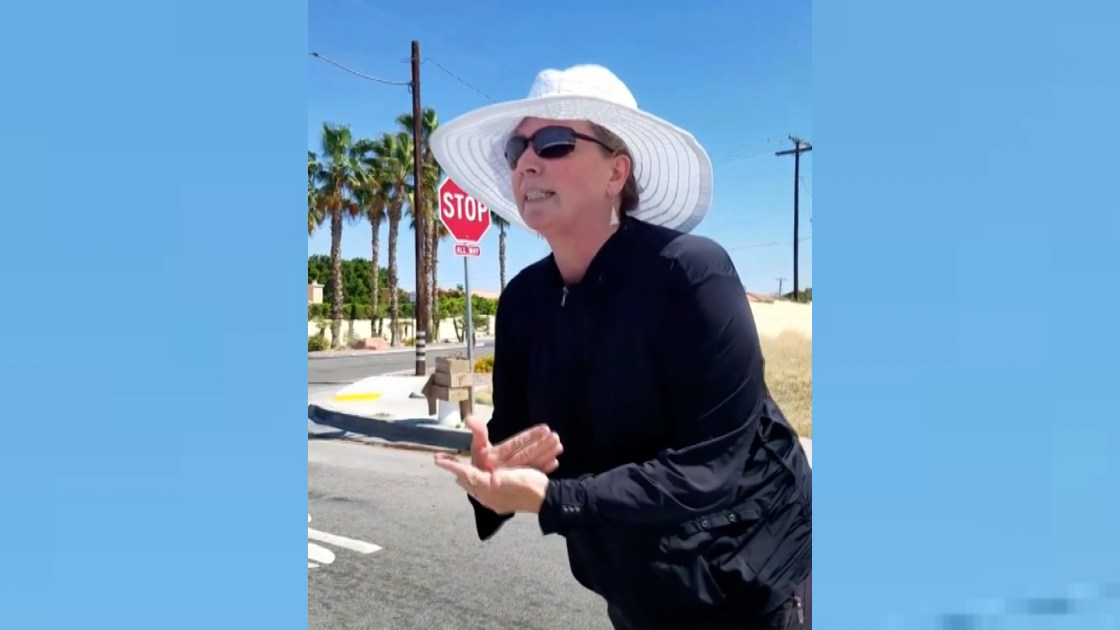 Video of a woman yelling at a vendor near Indio is circling on the internet.

“She didn’t have a right to be doing what she was doing to that man, she was harassing him,” said the woman who took the video but does not wish to be identified.

Hundreds have commented on social media.

Some viewers have commented on the fact she’s not wearing a mask, others have called her a “embarrasment to the community.”

“Her phone was in his face, it looked like he needed help. At least we gave him a little break when we asked her hey what are you doing to him,” said the woman who took the video.

The viral video was taken just outside of Bermuda Dunes Country Club and also caught the eye of an Indio City Council member.

“That’s not a representation of our community. During this pandemic, folks are on edge, I don’t know what happened before or after the video, but I do know that it can be a teaching moment,” said council member Waymond Fermon.

Fermon posted on Facebook saying he wants to fix the situation, and is asking the community to help him find the vendor.

“I also reached out to city food trucks where they agreed to help the young man and his family out and get the proper licensing through our cit. They’ll be able to sell and have a location for their product after our executive order is lifted,” said Fermon.

The councilman also says there are a number of different ways to better handle the situation.

“You could politely advise them that it may not be a good idea to be out, or you can report it to the authorities, but right now our law enforcement community has so much on their table right now. Let’s be polite, a small act of kindness could change the trajectory of someones life,” said Fermon.