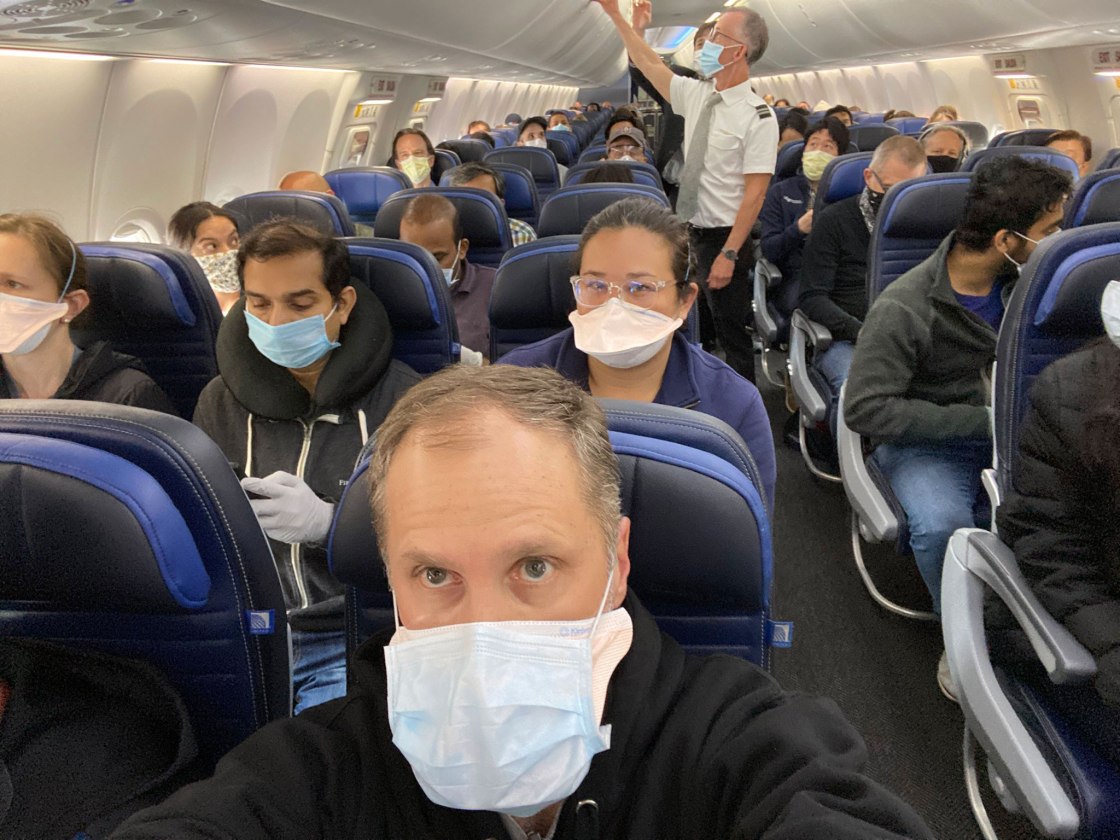 After weeks working in New York City hospitals on the front lines of the coronavirus pandemic, the time had finally come for Dr. Ethan Weiss to head home.

But the University of California, San Francisco, cardiologist was surprised by what he saw when he boarded a United Airlines flight from New York to San Francisco on Saturday. Nearly every seat was filled.

A photo Weiss posted on Twitter appeared to show dozens of mask-wearing passengers sitting next to each other with no space in between.

“This is the last time I’ll be flying again for a very long time,” he wrote in a Twitter thread over the weekend, adding that a lot of passengers on the flight were “scared/shocked.”

Weiss said he was a part of a group of 25 doctors and nurses who had been working in New York City hospitals for the past two to four weeks, and that United had flown them for free.

CNN has reached out to Weiss for comment but has not yet heard back.

“I have to be tested anyway but this is insane. 6 hours like this,” he tweeted to someone who commented on his thread.

A United spokesman declined to comment on how many people were on Weiss’ flight, saying that it “did have a higher than average load factor but it still departed with empty seats.”

United Airlines recently announced that it was making some middle seats unavailable for passengers to select. But the company said it was also not reducing capacity on flights, so a passenger could be seated in a middle or adjacent seat if necessary.

“Though we cannot guarantee that all customers will be seated next to an unoccupied seat, based on historically low travel demand and the implementation of our various social distancing measures that is the likely outcome,” the airline said in a statement to CNN.

The flight had “an additional 25 medical professionals on board who were flying for free” and all passengers and employees were asked to wear face coverings, the airline said in a statement.

The spokesperson added that most of the airline’s flights are operating at less than half capacity and that passengers can rebook if they feel their safety is in jeopardy.

On Sunday, Transportation Security Administration agents screened 200,815 passengers — 8% of the total from a year ago, according to the TSA.

Though airlines are seeing a significant decrease in the number of passengers, United and others have also slashed their schedules, potentially leading to fuller flights than some passengers might expect.