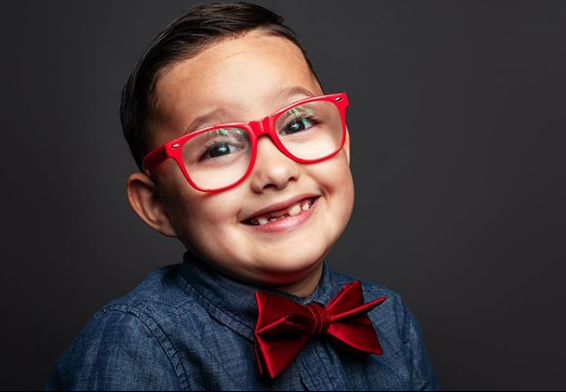 Whenever he talks, it’s pretty obvious Asher was made for the spotlight.

“Since he could talk he always wanted to be in front of the camera,” Delanie Loera, Asher’s mother, said.

From a distance, Asher looks like a totally normal kid but up close the scars show his story. Twenty-seven surgeries later and spina bifida hasn’t kept him down.

Asher has big dreams of becoming a paralympian.

“He trains,” Delanie said. “It’s been something he’s been doing for the last 3 years,”

Alongside mentors like paralympian Candace Cable, Asher hopes to compete in the paralympics for wheelchair racing.

“I guess if you google paralympics little boy, little girl, a video of him comes up,” Delanie said.

It didn’t take long before the show, Little Big Shots, saw the clip and reached out to Asher’s family.

“I was so excited,” Asher said with a big smile.

When asked about the episode, Delanie said to expect lots of laughs and a few tears.

“They dug a little deeper just to let you really understand what he’s gone through in his life with his surgeries and his disabilities,” she said. “He makes it look like everything comes easy to him and they really highlighted the fact that it doesn’t come easy to him. He does have to work for his accomplishments.”

The accomplishments are far from over for Asher. He’ll be competing in the virtual games which is basically a virtual paralympics at the end of June.

Tune in Sunday on NBC Palm Springs at 7 p.m. for the season finale.