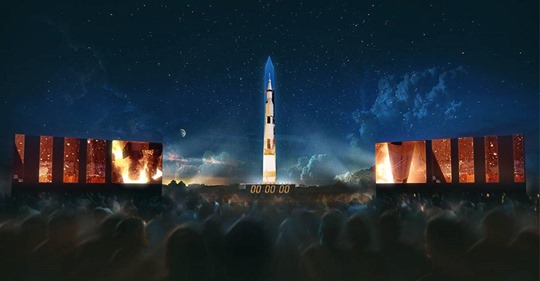 With this being the first manned spaceflight launching from the U.S. in almost a decade, there is much excitement across the nation and here locally. We caught up with a local astronomer at the rancho mirage observatory who had a lot to say about today’s launch and he gave us a better understanding of how weather plays a factor.

Although the launch did not happen Wednesday, there is another window for a possible launch on Saturday. The weather was Wednesday’s culprit and we learned how weather plays a role not only in space launches but for fellow local sky enthusiasts too.

“When it comes to putting someone into space, it isn’t just a matter of getting through the clouds and you’re good. if something were to go wrong with the rocket, those spacecraft need to be removed from the vehicle and the astronauts returned safely to the ground,” explained Eric McLaughlin, Astronomer at Rancho Mirage Library and Observatory.

McLaughlin says he has been following SpaceX as a company as looking forward to this launch.

“This particular event has been coming for nearly two decades, SpaceX was founded in 2002 and I’ve been following them since maybe around 2007, 2008, when they first were launching their first rockets,” added McLaughlin.

We also asked how Coachella Valley’s powerful telescope could be used in this spectation.

And now McLaughlin will have to wait a little longer for to possibility of seeing the dragon go into orbit.

“Yes, it’s a bummer but again I’ve been waiting around 9 years since the last launch to the space shuttle for this moment, I can wait a few more days,” added McLaughlin.

The last crew launched into space from U.S. soil was in 2011, and if the launch does happen on Saturday, it will be the first time in history a U.S. company will carry two NASA astronauts to the international space station.