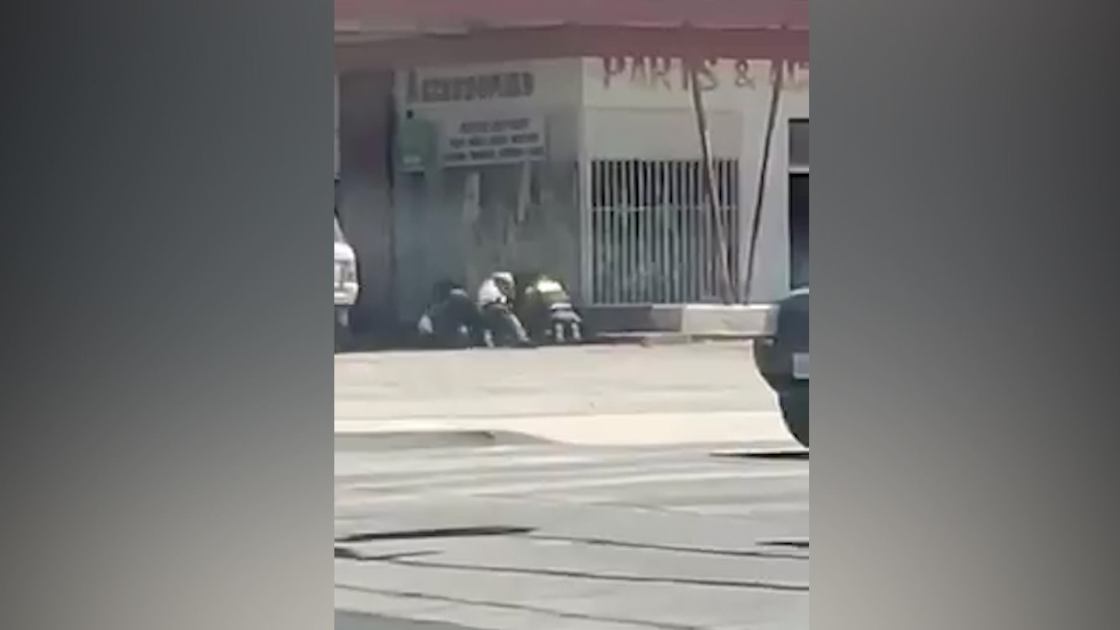 A 16 second video of Riverside County Sherif’s deputies beating up a man in Coachella is going viral.

It was captures just outside of El Valle Auto Parts.

“I had this person here in my property. He was here an hour or so and he started shouting and cussing and spilling water and trying to get into my office so I knew I wasn’t going to confront him. I decided to call the cops to get him out of here,” said Marcelo Zepeda, the owner of the auto parts shop.

“I was really surprised because it was just a single person ya know, homeless, but I don’t know if they were taking precautions because you never know if he maybe had a weapon,” said Zepeda.

An official report from the Riverside County Sheriff’s Department identifies the man in the video as Garrett Toro of Banning and says he became confrontational and combative when officers arrived.

“They were asking him to show his hands and he had his hands hidden behind his belly so I don’t know what their procedure is for that,” said Zepeda.

Although no weapon is mentioned in the report, the Sheriff’s department says physical force was required, ending in minor injuries for deputies and Toro.

Several people who’ve viewed the video on social media question how much force was needed, some calling it excessive.

“I didn’t think it was going to take that long or drag out that long for the incident how it ended because I was surprised myself,” said Zepeda.