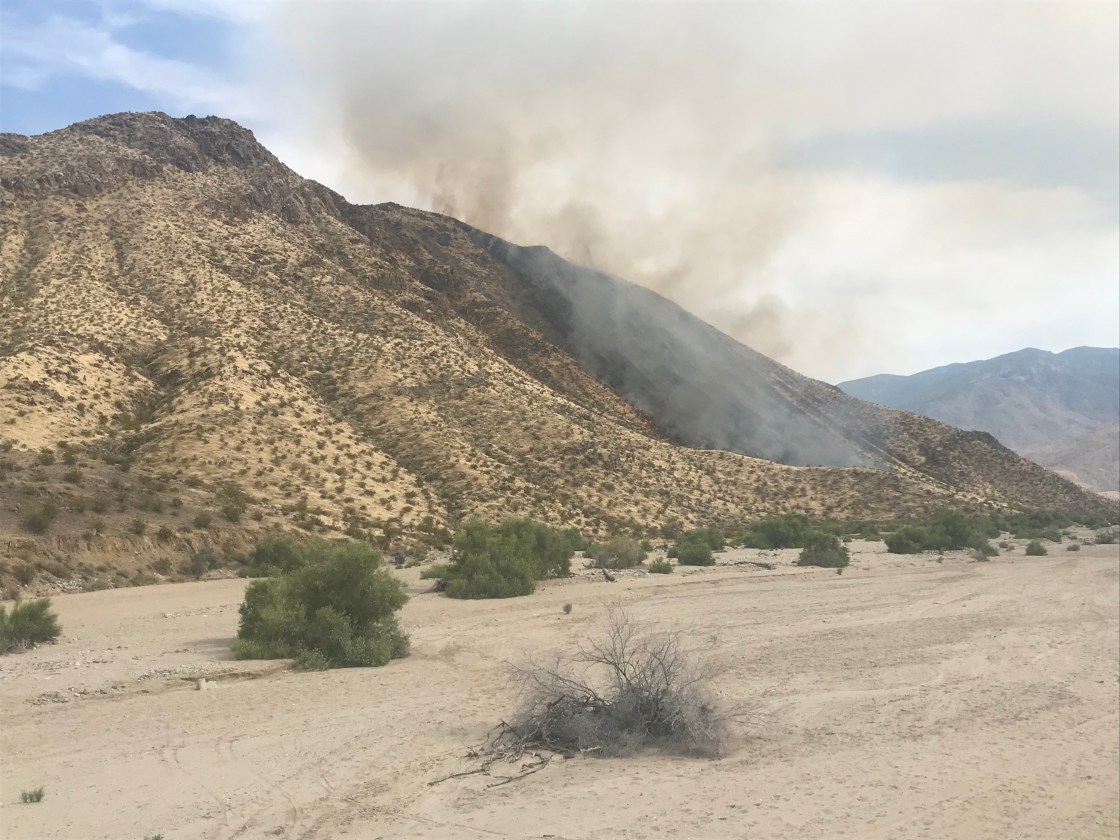 PALM SPRINGS (CNS) – Nearly 100 firefighters were mopping up hot spots and building containment lines Wednesday at the scene of a brush fire deemed suspicious that charred 140 acres near the late Bob Hope’s former home in Palm Springs that sent two firefighters to the hospital suffering from heat exhaustion.

No structures were threatened, and the blaze’s forward rate of progress was halted, Gunkel said. The blaze was 20% contained as of 10:30 a.m.

The fire broke out around 4:30 p.m. in the hills south of Murray Canyon Drive and Toledo Avenue, south of the Hope home on Southridge Drive, in an area with “very difficult access.” 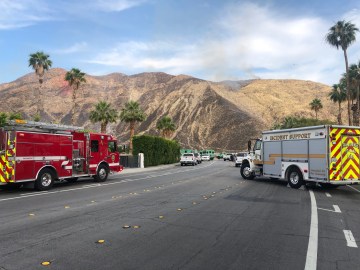 Firefighters from multiple agencies worked to reduce the flames by about 9 p.m., with help from three fixed-wing aircraft and three helicopters dumping water and retardant. A knockdown was called about 10:30 p.m., the department said.

Fire crews worked throughout the night to prevent hot spots from flaring up, an effort Gunkel said would continue throughout Wednesday and possibly into the evening.

The cause of the fire remains under investigation, although a homeless man located in the area was questioned.

Gunkel cited the lack of electrical equipment in the area, or reports of lightening, as reasons to consider the blaze “suspicious.”

ALERT- Palm Springs units are arriving on scene of a fast moving vegetation fire in the south end of our city, very difficult access. pic.twitter.com/WzZTS7oEbe

Two firefighters suffered heat exhaustion and were transported to a local hospital by ambulance, Gunkel said. A hiker also inhaled smoke, but did not require hospitalization, he said.

The fire charred 100 acres belonging to the Bureau of Land Management, with another 40 owned by the city of Palm Springs, according to Gunkel. 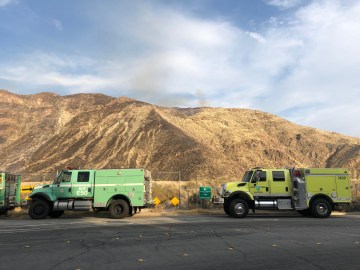 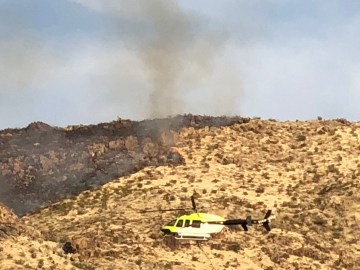