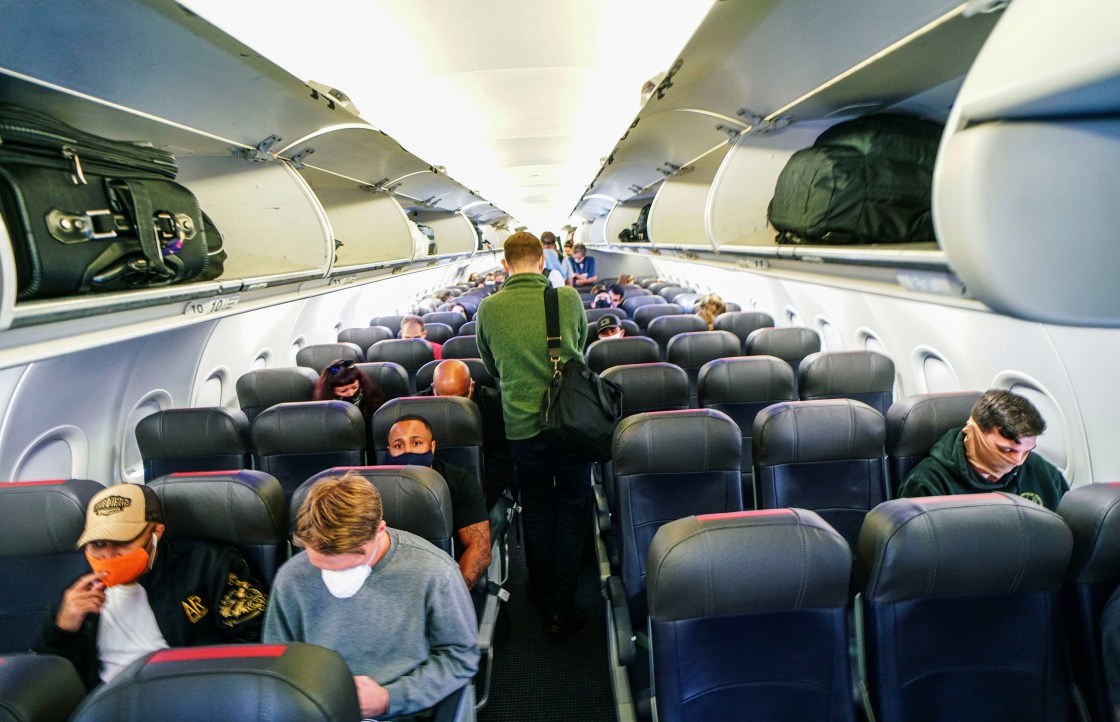 (CNN) — The airlines’ summer travel season won’t be as busy or profitable as last year’s. But it’s looking less dire than expected.

American Airlines is seeing “improving demand for air travel,” the company said Thursday, prompting it to plan a sizable increase in flights for July. American will fly 55% of its normal domestic schedule next month — a huge jump from the 20% of normal that it flew in May.

According to American, flying turned a corner in May. The number of customers it was flying daily surged to about 110,000, which was a 71% increase from April. The percentage of seats filled on every flight grew to 55% for the last week of May, up 15% from the average in April.

That mirrors recent data from Transportation Security Administration, which said earlier this week that it screened nearly 949,000 passengers last weekend. That’s a large increase from the 476,000 people it screened over the first weekend of May 2020. But in May 2019 roughly 2 million passengers passed through security checkpoints daily, according to TSA data.

Still, American’s more robust schedule is providing some optimism for a battered industry: Shares soared as much as 30% in early trading.

“We’re seeing a slow but steady rise in domestic demand,” Vasu Raja, American’s SVP of network strategy, said in a statement. The airline will bolster flights to its hubs, notably at Dallas-Fort Worth and Charlotte, and it will also add flights to Florida and mountain destinations in the West.

When including international flights, American’s total July 2020 schedule is just 40% of what it flew last year in the same month. The airline has gutted its international flight schedule for July to just 20% of normal because of restrictions and quarantine policies that are preventing travelers from flying.

American also said it will reopen its Admirals Club lounges “in phases” at 10 US airports beginning June 22. Trays of buffet-style food will be replaced with pre-packaged snacks, and some full-service bars will return depending on local regulations.

The carrier is also continuing to waive change fees for tickets and offer passengers free rebooking if a fgiven flight is getting too crowded. American is blocking only a portion of seats in its main cabin to encourage social distancing, while Delta is keeping every middle seat empty.

Delta and United haven’t released their July schedules yet, but United CEO Scott Kirby recently said the company is aiming to bring back a quarter of its international schedule. Delta also extended its distancing policies, including the empty middle seats and capacity restrictions in all of its cabins, through September 30.