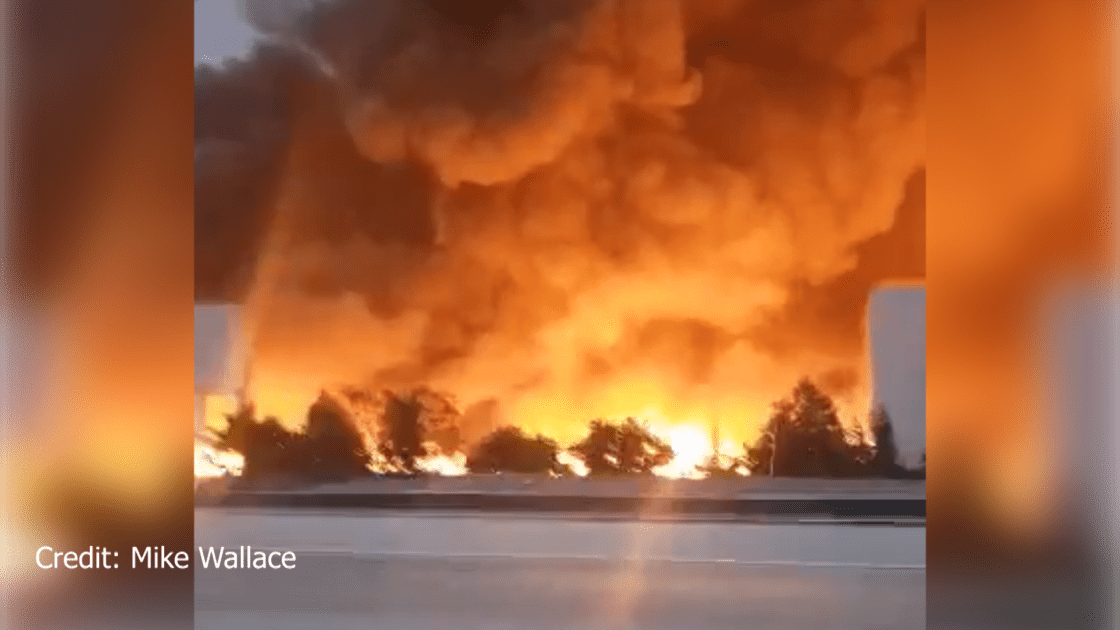 A warehouse that operates as an Amazon distribution center went up in flames Friday morning after a three-alarm fire broke out, engulfing the entire building.

Thick plumes of smoke could be seen coming out of the building in Redlands, California, as firefighters battled back the flames.

Aerial views of the fire show entire sections of the warehouse and roof had collapsed.

The call came in at approximately 5:30 a.m., and mutual aid came from all over San Bernardino County and other surrounding agencies to battle the fire, Redlands city spokesman Carl Baker told CNN. Active firefighting efforts were still ongoing as of an hour ago, Baker said.

About 100 employees self evacuated and were able to get to safety, and no injuries have been reported, Baker said. No nearby Amazon sites have been impacted by the fire.

“We are glad everyone is safe, and thankful for the efforts of the local firefighters and first responders,” Amazon said in a statement to CNN. “This site was operated by a third party and we will support them throughout this process.”

Redlands Fire Chief Jim Topoleski told CNN affiliate KTLA that they will launch an investigation into the cause of the fire. The building is new and had the latest fire protections, Topoleski said.

The building is operated by Kuehne and Nagel, which is a third-party operator that assists Amazon in shipping extra-large items to customers, Amazon said.

Amazon expects minimal customer impact, as customer orders can be fulfilled from other locations, the company said.