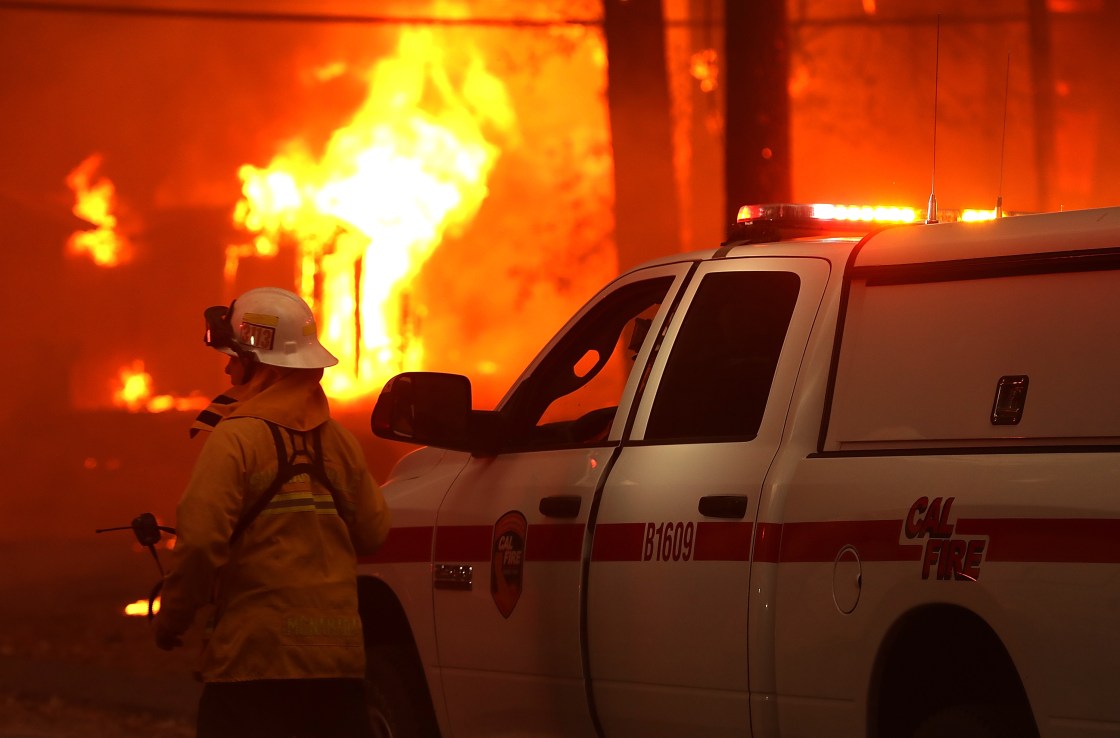 The company is sentenced to a maximum fine of “no more than $3,486,950,” and it must reimburse the Butte County District Attorney’s Office $500,000 for the costs of its investigation into the blaze.

Among other provisions, PG&E must establish a trust, compensating victims of the 2018 Camp Fire and other wildfires to the tune of $13.5 billion, according to the plea agreement included in a regulatory filing.

It has to pay hundreds of millions to the town of Paradise and Butte County and cooperate with prosecutors’ investigation, the plea deal says.

PG&E also waived its right to appeal the case.

“I have heard the pain and the anguish of victims as they’ve described the loss they continue to endure, and the wounds that can’t be healed,” PG&E Corporation CEO and President Bill Johnson said after the plea. “No words from me could ever reduce the magnitude of such devastation or do anything to repair the damage. But I hope that the actions we are taking here today will help bring some measure of peace.”

On Friday, the utility and the state agreed to bankruptcy terms, which included an overhaul of PG&E’s board selection process, financial structure and oversight.

According to investigators with the California Department of Forestry and Fire Protection, PG&E was responsible for the devastating Camp Fire, which killed 85 people and destroyed thousands of structures.

PG&E had previously said it was “probable” that its equipment started the Camp Fire but that it wasn’t conclusive whether its lines ignited a second fire, as CAL Fire alleged.

The power company filed for bankruptcy in January 2019 as it came under pressure from billions of dollars in claims tied to deadly wildfires.