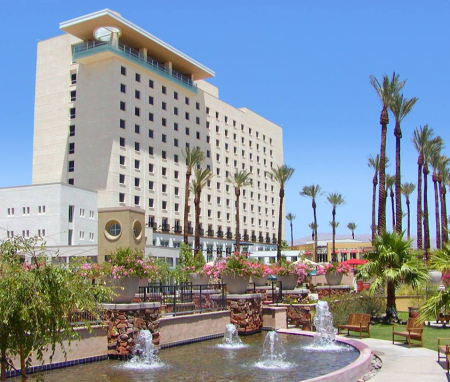 “We’ve been talking about it for awhile but they’ve actually activated it and brought us in to make sure hey let’s keep our people tested so they know exactly what’s going on,” said AC Green, a member of the advisory board for Brio Clinical and a former Laker.

The casino says tests will now be given to all 1,100 staff members on a weekly basis.

Resort staff didn’t comment on the allegations, but did say the first round of results will be available in 36 hours, adding some positive cases wouldn’t be surprising.

“If there is a positive case, and hopefully there’s not, but if there is the hotel and casino already has a plan in action, they already have a protocol set where they’re ready to help someone,” said Green.

Outside of testing, the resort and casino requires face masks, social distancing and temperature checks at the door.

A statement from the Tribal Chairman Doug Welman says they’ve “continued to monitor recent developments and the health and well-being of staff and guests remains a priority.”

Now theyr pertners want the new testing process to act as a model for other businesses.

“Hopefully other people are watching, other people are looking and seeing how exactly this is being done and hopefully they’ll follow suit, and then we might be able to curve some of those statistics along the way,” said Green.