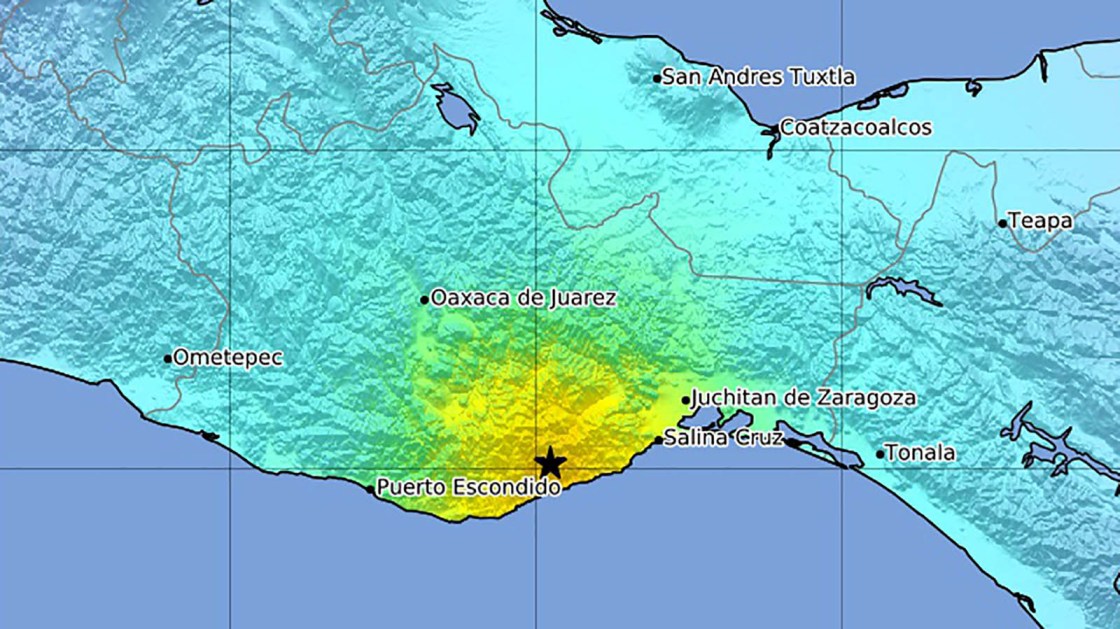 Buildings collapsed, residents were evacuated and tsunami waves of 2.3 feet crashed into Mexico’s southern coastline as a 7.4 magnitude earthquake hit the country on Tuesday.

The earthquake could be felt as far as Guatemala, Honduras and El Salvador. In capital Mexico City, approximately 190 miles north of El Coyul, tremors were felt and sirens were heard wailing.

The Pacific Tsunami Warning Center said that hazardous tsunami waves are possible within 1,000 kilometers (621 miles) of the epicenter, including along the coasts of Mexico, Honduras, Guatemala and El Salvador.

The damage in Oaxaca state is considered light to moderate, according to the US Geological Survey (USGS) ShakeMap.

Estimates modeled by the USGS suggest that localized casualties and damage are possible but there are likely to be fewer than 100 fatalities and less than $100 million in damage. However, the model only includes earthquake shaking, and not any impacts from potential tsunamis on the coastline.

The USGS said that recent earthquakes in the area have caused secondary hazards such as tsunamis and landslides.

The civil protection in Oaxaca has not yet reported any major damage.

Earlier estimates put the magnitude of the earthquake at 7.7, but that has been revised down to 7.4 (and additional revisions are possible).

Mexico is one of the world’s most seismically active regions and has a long history of devastating earthquakes. The country is located on top of three large tectonic plates and their movement causes regular quakes and occasional volcanic eruptions.

In 2017, two powerful earthquakes hit the country in two weeks, toppling buildings, cracking highways and killing hundreds of people. One had a magnitude of 7.1 and the other a magnitude of 8.1.

Mexico City is particularly vulnerable to earthquakes because its very soft and wet ground amplifies shaking and is prone to liquefaction, in which dirt transforms into a dense liquid when sufficiently churned.