Bush Fire is now the 5th largest in Arizona’s history 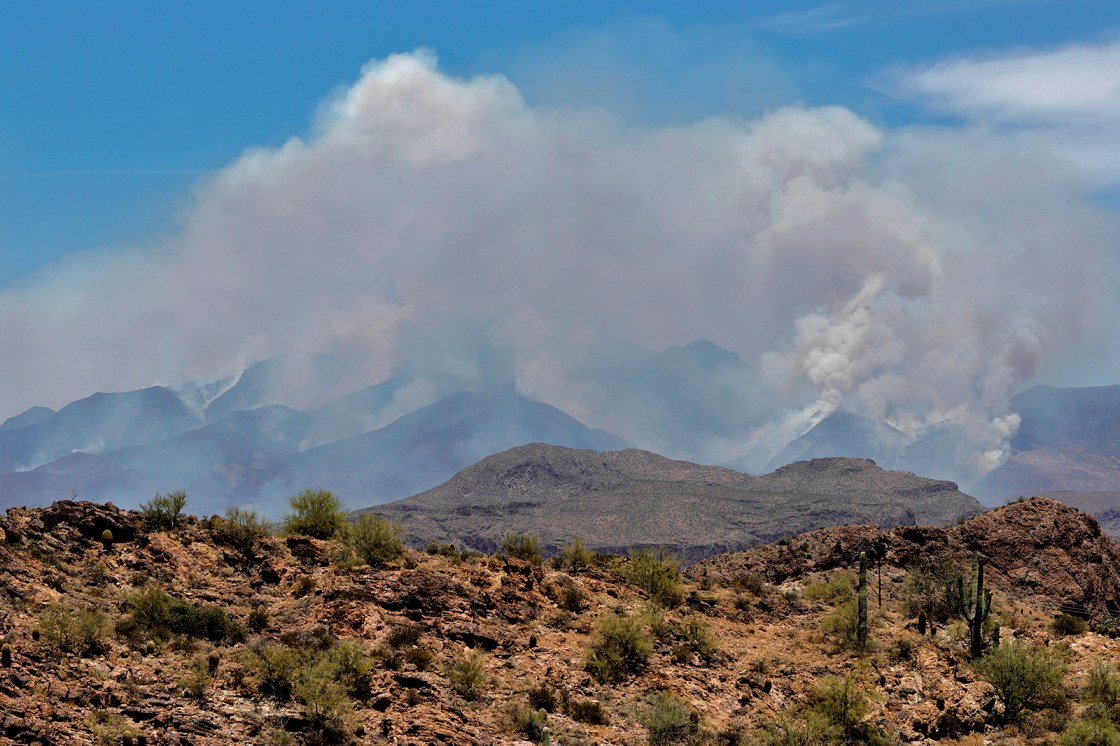 Firefighters are battling multiple blazes throughout Arizona this week including the Bush Fire, which is now the fifth largest in the state’s history.

Fueled by hot, dry weather and tall grass, the human-caused Bush Fire has torn through 186,000 acres northeast of Phoenix, according to the Inciweb Incident Report.

Since the fire started ten days ago, 587 total resources have been deployed including 30 engines, three bulldozers, 18 water tenders and eight helicopters, the incident report said.

Residents and visitors near Apache Lake are in “Go” evacuation notice while nearby communities have been put on notice to be prepared for evacuations.

Roads have been closed and restriction have been put in place around the Tonto National Forest by the Gila County Sheriff’s Office.

Firefighters achieved 61% containment as of late Monday night but there are still thousands of acres of flames to battle.

At least seven fires continue to burn throughout the state of Arizona.

The state has already burned three times the amount of acres than 2019 year to date, Arizona Forestry Chief Steve Millert said during a press conference Monday.

Thirty-three large fires have burned more than 544,000 acres nationwide, the National Interagency Fire Center said, with fire activity continuing in the Southwest over the weekend. Arizona saw the most acres burned, followed by Alaska and New Mexico, NIFC said.