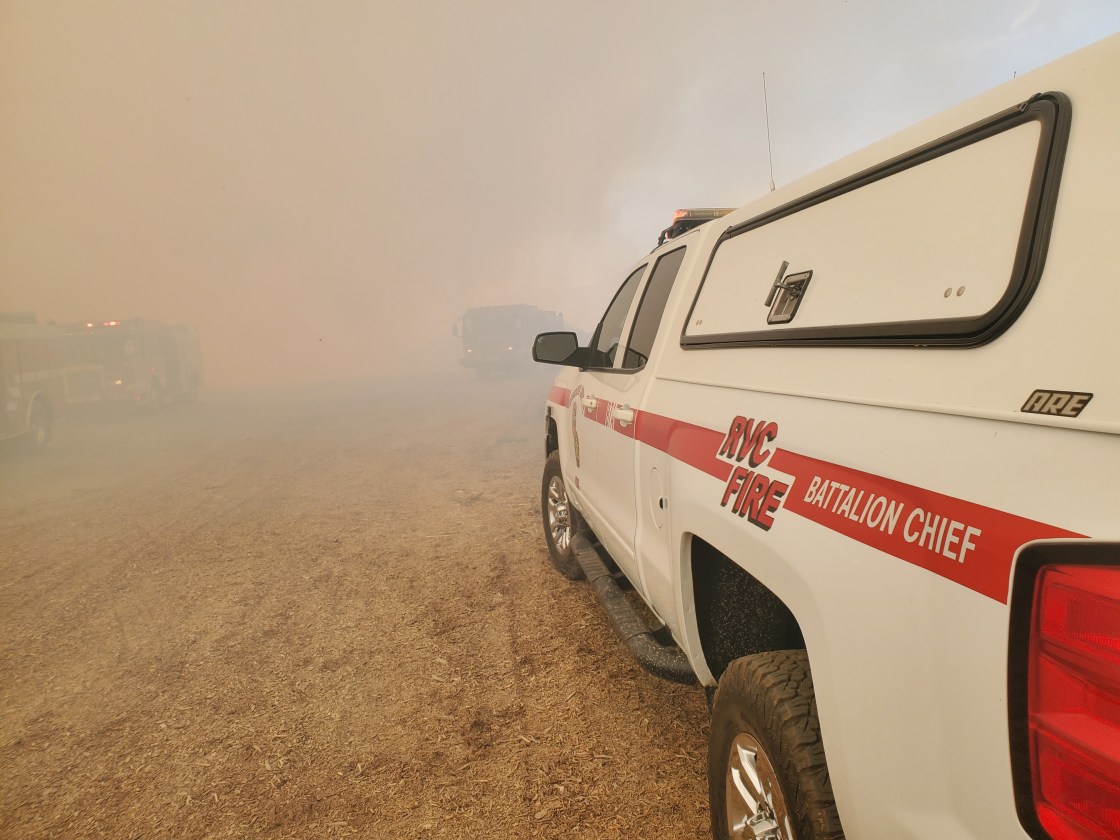 A brush fire that ignited in a palm grove in Thermal Wednesday morning has grown from five to 12 acres and spewed smoke that was visible throughout the Coachella Valley, but no structures were immediately threatened.

The non-injury blaze was reported at 10:36 a.m. near where Van Buren Street and Avenue 58 intersect, according to the Riverside County Fire Department.

The flames grew from about a quarter-acre to five acres as of 1:15 p.m., spurring a response from multiple agencies and 56 firefighters. There was no reported containment as of that time. 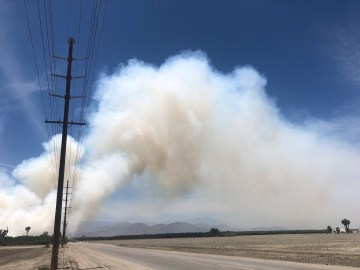 Fire officials requested the Imperial Irrigation District, which provides electricity to the region, to shut off power in the area.

The intersection of Van Buren Street and Avenue 58 was closed, but no evacuations were immediately ordered. 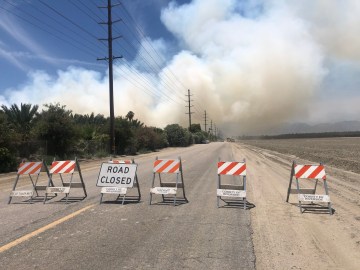