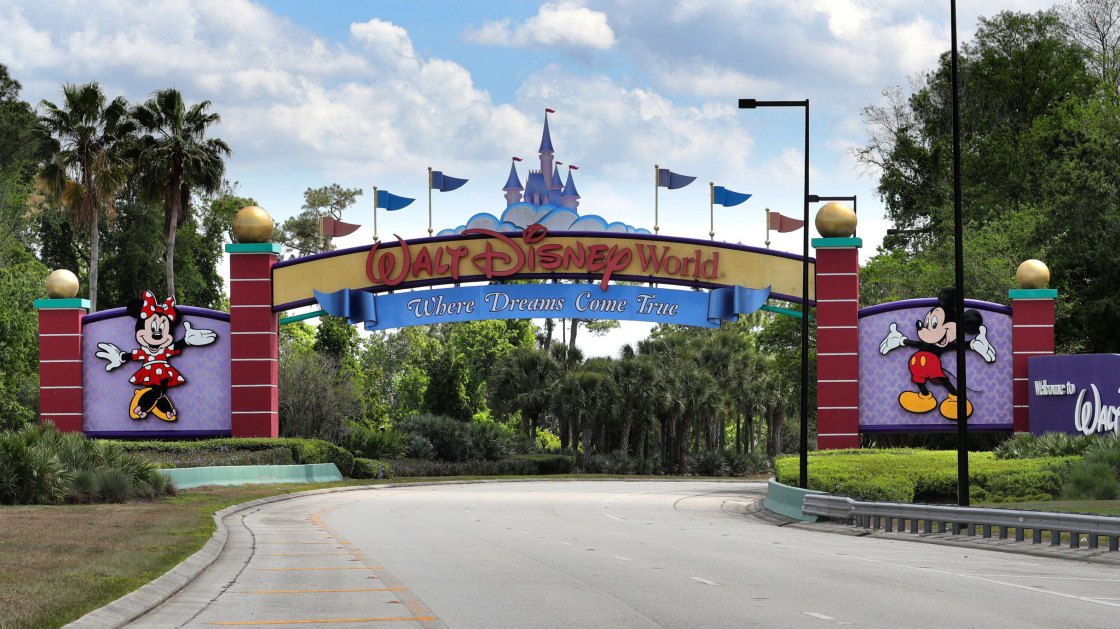 Companies that were forced to shut down parts of their business due to Covid-19 have seen this summer as a chance to start getting back on track.

But surging cases in a number of US states are forcing firms like Disney and Apple to scuttle their plans or reverse course, underscoring the difficulty of planning for the future amid a pandemic.

What’s happening: Disney is delaying the phased reopening of Disneyland in California, which had been set to welcome back guests on July 17. And Apple said it would shutter seven stores that had reopened in Houston, Texas, days after it closed 11 stores across Florida, North Carolina, South Carolina and Arizona.

The decisions come as Florida, Texas and California — the three most populous US states — have announced record surges in cases this week. If the case trajectory continues in Houston, it could be the hardest-hit city in the United States.

This environment creates a set of tough choices for businesses big and small, which need to open their doors to begin reviving their cash flow while ensuring their operations don’t pose a threat to public health. They’re also subject to actions by government officials, who could reimpose lockdowns with little warning.

“The return to normal is going to take far longer than most realize,” Rich Greenfield of LightShed Partners tweeted after the Disneyland announcement.

Remember: Missteps can prove damaging. A fresh coronavirus outbreak in Germany has placed the country’s massive meat processing industry under intense scrutiny after more than 1,500 workers were infected at a family-owned slaughterhouse in North Rhine-Westphalia.

The coming weeks will prove crucial as companies try to chart a path forward. The Wall Street Journal reports that Disney is weighing whether to postpone the July 24 release of “Mulan” as movie theaters struggle to reopen.

Greenfield said on Twitter that it would be “financial insanity” to release the film if theaters in New York aren’t allowed to reopen by that time.

Investor insight: Apple shares fell slightly on Wednesday but beat the broader market, one day after touching an all-time high. Disney shares have fared worse, dropping 3.8% on Wednesday. They’re down more than 22% this year.

Wirecard has filed for insolvency, just days after a $2 billion accounting scandal at the company burst into the open, crashing its stock and leading to the arrest of its former chief executive.

The latest: The digital payments company said in a statement Thursday it had opened legal proceedings in Munich “due to impending insolvency and over-indebtedness.”

Shares in the company, which have lost 90% of their value in less than a week, were suspended on the Frankfurt stock exchange, my CNN Business colleague Charles Riley reports.

It’s not the only German company whose issues have been laid bare this week.

A meatpacking plant owned by Germany’s Tönnies Group is at the center of a fresh coronavirus outbreak in the country. And after thousands of lawsuits from cancer patients or their estates, Bayer, which makes the Roundup weed killer, said it would settle most of the current and possible future lawsuits for up to $10.9 billion.

Remember: The announcement by Bayer, which acquired agrochemical giant Monsanto in 2018, comes after years of litigation from cancer patients who claimed Roundup caused non-Hodgkin lymphoma, and that Monsanto failed to adequately warn consumers of the risk.

The settlement of Roundup cases in the US “will bring closure to approximately 75% of the current Roundup litigation involving approximately 125,000 filed and unfiled claims overall,” per Bayer.

Investor insight: The litigation has weighed on Bayer’s shares, which have dropped 30% since the Monsanto acquisition closed. That’s led investors to question the wisdom of the deal.

Why economists are talking about Smoot-Halwey again

Economists agree the Great Depression was worsened by tariff policies — namely the Smoot-Hawley Tariff Act of 1930.

The legislation imposed tariffs on all countries that shipped products to America. Trading partners promptly retaliated by slapping tariffs on US goods, hitting the global economy at an already vulnerable moment.

Why it’s relevant: Economists are referencing 1930s-era trade policy again as Trump ramps up trade fights with two of the nation’s biggest trading partners — threatening to slap tariffs on goods from Europe like chocolate and butter, and reportedly pushing to reimpose tariffs on aluminum imports from Canada, my CNN Business colleague Matt Egan reports.

“This is exactly the wrong move at the wrong time. We’re inching toward the same mistakes we made during the Great Depression,” said Joe Brusuelas, chief economist at RSM International.

Fresh trade fights could add further strain as counties battle a cataclysmic downturn. The International Monetary Fund on Wednesday downgraded its global growth forecast, warning of a contraction of nearly 5% in 2020. It also warned of a slower recovery than first expected.

“The Covid-19 pandemic has had a more negative impact on activity in the first half of 2020 than anticipated, and the recovery is projected to be more gradual than previously forecast,” the IMF said in its report.

Initial US unemployment claims, which post at 8:30 a.m. ET, are expected to have dropped to 1.3 million last week. That would mark the 12th straight week of declines.

Coming tomorrow: Investors gear up for US personal income and spending data for May.