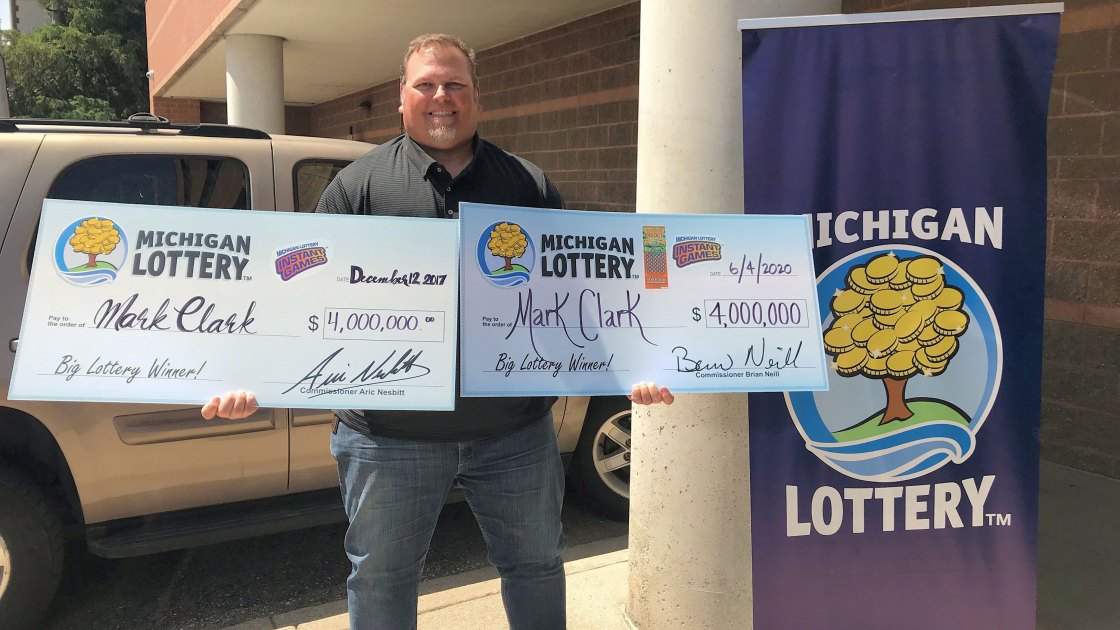 When most can’t manage to get a $20 return on a scratch off, one Michigan man walked away with $4 million … TWICE!!

“You don’t think you’ll win millions once, and you definitely never think it would happen twice,” said Mark Clark, of South Rockwood, Michigan, after his latest win this month.

“It’s hard to put into words exactly what I am feeling.”

Clark is 50. His good luck story begins three years ago.

At the time, he delivered fuel to a gas station in Hudson, Michigan. He bought an instant game lottery ticket and scratched off the bar code. The ticket said to see the clerk — and so he did.

“As we were talking, he scratched the rest of the ticket and then looked at me with a shocked look on his face and said: ‘Mark, you just won $4 million!,'” he said at the time.

He took his truck back to work, went to his parent’s house to share the news — and soon after, he retired.

Fast forward to this month.

Again Clark bought an instant game ticket — and again, he won. Again, it was $4 million.

“I scratched the ticket off in the store with a coin my dad gave me about 10 years ago,” he said, according to a Michigan Lottery release.

“We lost him about a year ago after some health struggles, and I can’t help but think maybe that lucky coin helped me win this.”

“My dad and I always used to fish together and have great memories of that, so this will help me keep fishing and enjoying time with my son and family.”