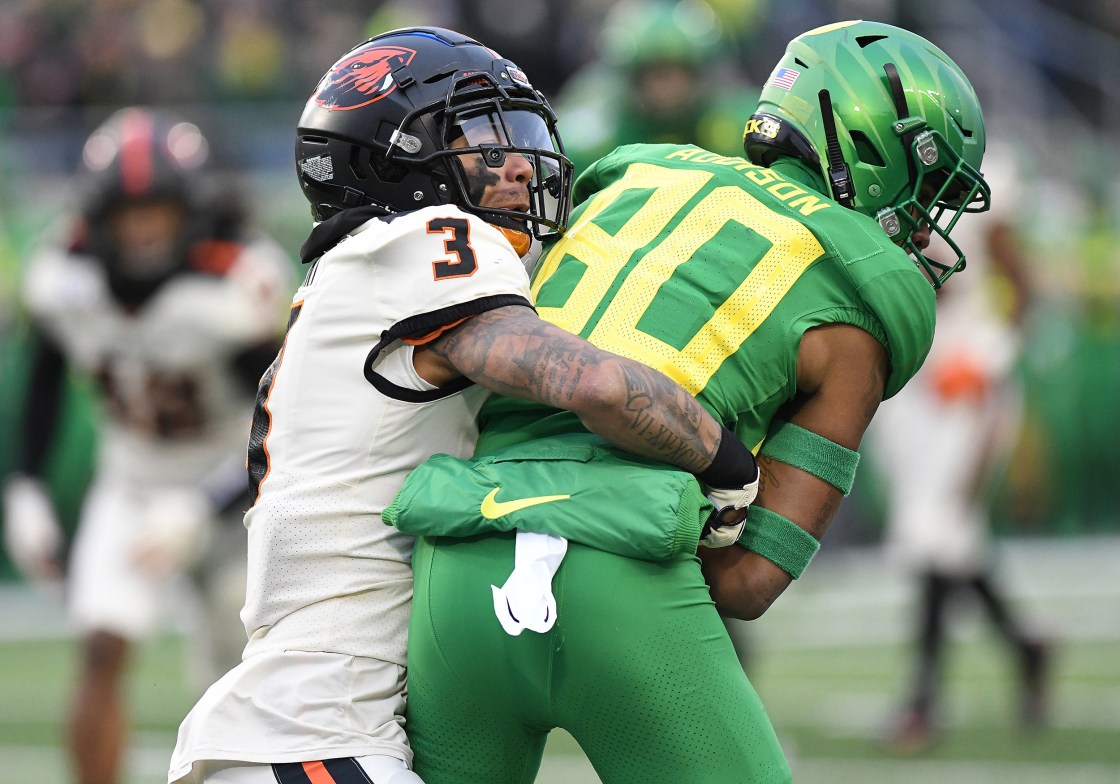 The University of Oregon and Oregon State University have shelved the phrase “Civil War,” which players and fans alike used to refer to games between the two rivals.

“Changing this name is overdue as it represents a connection to a war fought to perpetuate slavery,” said OSU President Ed Ray in a statement Friday. “While not intended as reference to the actual Civil War, OSU sports competition should not provide any misconstrued reference to this divisive episode in American history.”

He continued, “That we did not act before to change the name was a mistake. We do so now, along with other important actions to advance equal opportunity and justice for all and in recognition that Black Lives Matter.”

The president of the University of Oregon made a similar statement Friday, thanking both current and former student-athletes who had raised the issue in the past.

“We need to make this change to align the words and symbols we use around athletic endeavors with our shared campus values of equity and inclusivity,” he said. “While the name of our annual game might change, it will absolutely continue to be one of the great rivalries in college sports.”

The move by the two teams is the latest in a series of overhauls, happening as protests surrounding the murder of George Floyd and Breonna Taylor have lead to a larger racial reckoning across the country.

Both the Houston Association of Realtors and the Court of Sommeliers, for example, have made plans to no longer use the phrase “master,” due to its connotations with slavery.

Further, Mississippi may soon be changing its state flag, according to a senior state lawmaker. Mississippi’s state flag features the Confederate flag in its top left corner.