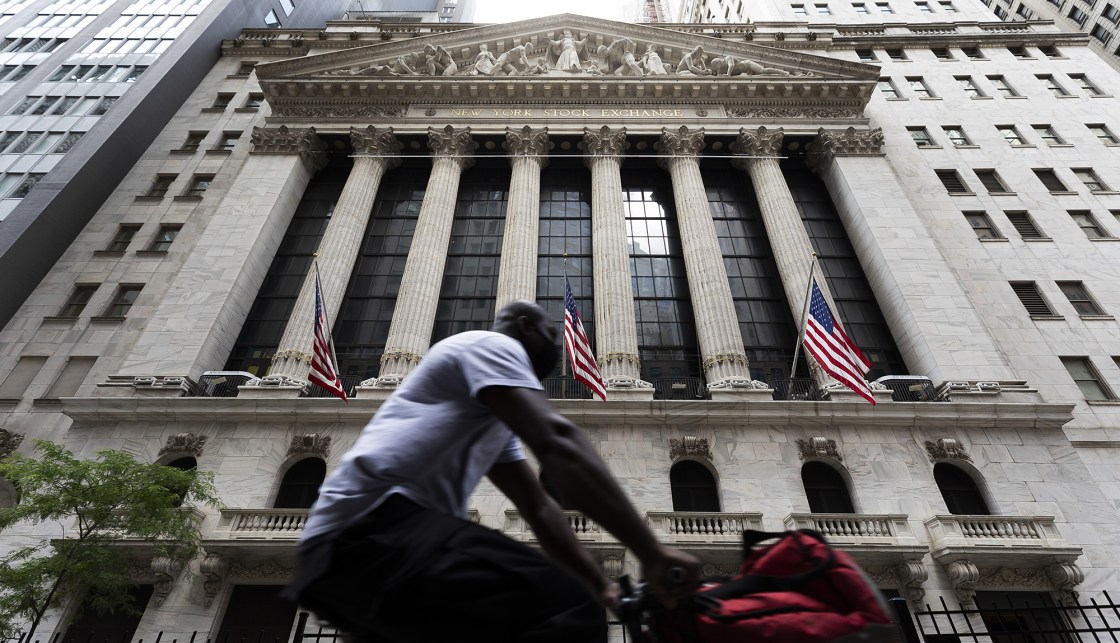 Wall Street cheered the better-than-expected June jobs report Thursday, but investor enthusiasm waned as the day wore on as investors prepared for the long holiday weekend.

The Dow closed with a gain of just 0.4%, or about 92 points. That was well off its earlier highs of the day after the government reported that the US economy added 4.8 million jobs in June, bringing the unemployment rate down to 11.1%.

“These are impressive numbers that took people by surprise,” said Todd Lowenstein, equity strategy executive of The Private Bank at Union Bank.

The S&P 500 and Nasdaq each rose about 0.5%, with the Nasdaq closing at a new all-time high. Big tech stocks Microsoft, Amazon and Netflix were all trading at new records.

Stocks closed out the abbreviated week of trading with solid gains. The US market is closed Friday in observance of the Independence Day holiday.

Lowenstein said the key to further market gains will be whether or not the economy continues to gain momentum.

Some experts are concerned the “sugar high” from stimulus checks could fade and consumers may start to spend less. New outbreaks of Covid-19 cases in Florida, Texas, Arizona and other states also have the potential to derail the rebound on Main Street and Wall Street.

“The reopening process should drive more job creation, but if the restarting efforts stall out on a second wave, gains in leisure and hospitality and other consumer sectors could easily fade,” Lowenstein said.

Tesla continued its meteoric rise as well, surging 8% to a new peak above $1,200 a share. Tesla also announced Thursday that it produced more than 82,000 vehicles in the second quarter and delivered nearly 91,000 cars — mostly its more affordable Model 3 and Model Y.

Elon Musk’s electric car company has now soared nearly 200% this year. Tesla is worth over $225 billion, more than blue chip companies Coca-Cola and Disney as well as many other stocks in the Dow and S&P 500. Electric battery company Workhorse soared 9% to an all-time high too.

Shares of Big Pharma leader Pfizer rose 2% while Germany’s BioNTech gave back some gains one day after the two drug companies announced “encouraging” data from an early study of a Covid-19 vaccine that the two companies are developing.

Moderna, another biotech working on a coronavirus treatment, were down 5% following a Stat News report suggesting that a trial for one of its vaccine candidates is being delayed.

Too far too fast?

But the latest market strength is unlikely to change the Federal Reserve’s current stance on the economy.

The Fed has slashed rates to zero and launched trillions of dollars in stimulus efforts to help support the economy and market. It seems to be working,

“This rally is understandable considering what the Fed has done. It’s the main driver of all the market action,” said Patrick Leary, chief market strategist and senior trader with Incapital.

Still, others are expressing more caution. Even though the economic data is improving, the huge market rebound from the March lows may make it more difficult for stocks to keep soaring.

“The easy money from the recovery has already been made. We’ll get more upside but it won’t be at the same pace,” said Troy Gayeski, co-chief investment officer of SkyBridge. “It could get bumpier, more volatile and much choppier.”