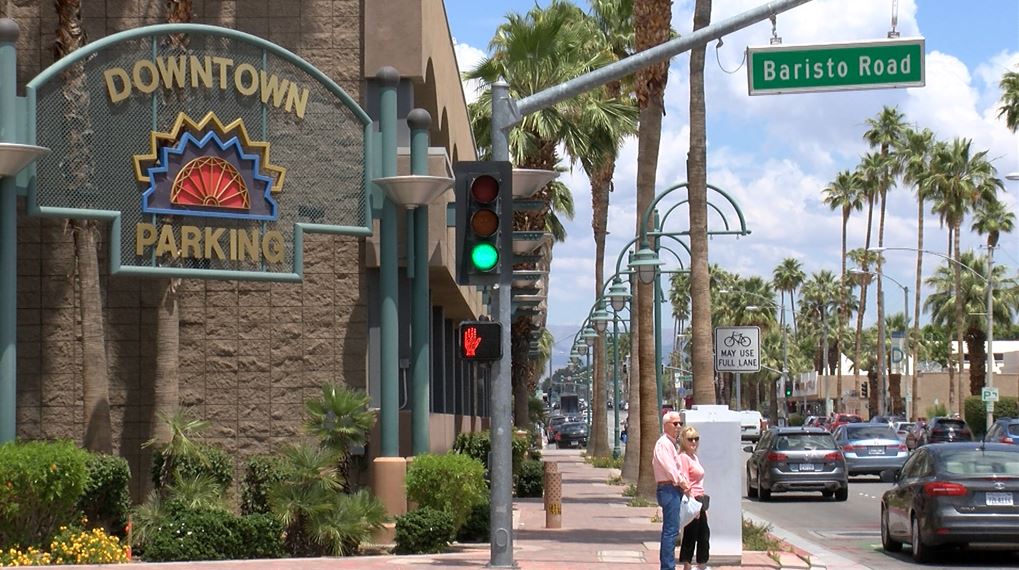 Groups of shoppers wander downtown to kick off the holiday weekend, but locals say the crowds aren’t what they’re used to.

“It doesn’t look like the Fourth of July, there’s a lot less people around” said Nando Nicoletti, a Cathedral City resident.

As customers visit shops or grab a meal, some store owners are keeping their expectations low.

“To me, this is going to be no different than any other Monday or Tuesday. Hopefully people are being safe and hopefully people who come here are respectful and know that you have to wear a mask on the sidewalk,” said Trevor Wayne, owner of Pop Art in downtown Palm Springs.

So far, hotel parking lots remain relatively quiet, and several firework shows have been canceled around the Coachella Valley, leaving many to compare this weekend to years past.

“This gallery would be filled to the brim with people, and we serve wine. Obviously it’s not going to be a lot of people and we can’t let more people in then two at a time so that’s another issue,” said Karl Gottling with Gottling Gallery.

At various stores, staff members encourage shoppers to venture out.

“We’d love to see people coming down and having a good time and we can keep our distance and still enjoy the sunshine,” said Kim Tookey with Musica Heals Inc.

Trevor with Pop Art says he’s enjoy seeing some visitors in town, but thinks enforcement should increase as people do.

“Or at least actually police it, as far as I’ve seen there’s no repercussions for anything. If we want our businesses to stay open and safe, you have to respect the rules. People doing whatever they want with no repercussions is, in my opinion, what got our bars shut back down,” said Trevor Wayne.

The City of Palm Springs says code enforcement will increase on weekends and for holidays.