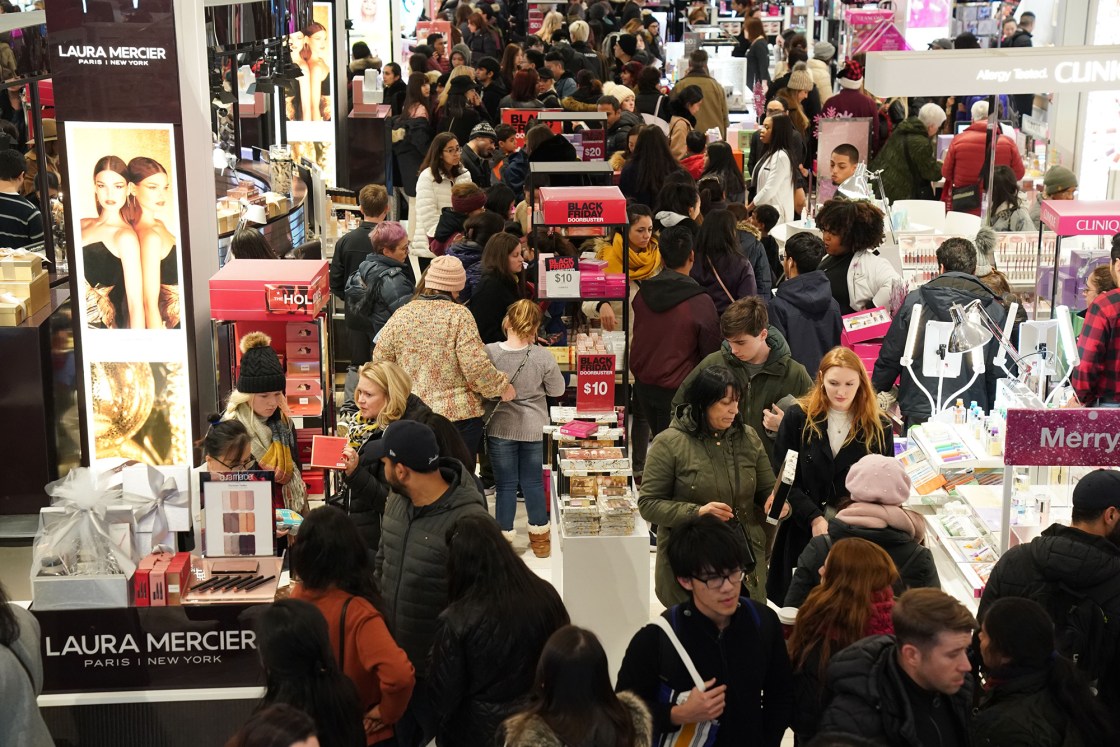 For decades, the day after Thanksgiving has attracted massive crowds and hysteria outside of malls and stores nationwide.

Now imagine this scenario in a pandemic.

“I just can’t envision that happening this year,” said Scott Rankin, principal and national consumer and retail strategy leader with KPMG US.

“With everything that’s going on, there may be no Black Friday at all,” said Rankin. “I can’t imagine retailers buying inventory to stock up for an event designed to pack hundreds of people into a store. There are so many risks to that.”

The only way Black Friday can be the annual shopping bonanza it has been for decades, he said, is “if by some stroke of luck we have a vaccine and everyone gets it by Black Friday.”

Even the experts say, however, that a vaccine will take at least 18 months to develop and test.

At least one retailer is already thinking ahead to a different Black Friday game plan this year.

Macy’s CEO Jeff Gennette raised the issue with analysts just last week. “When you look at the stores, I would tell you that [crowds are] a big concern of ours. But when you think about a Black Friday, if you think about the 10 days before Christmas, what does that mean in terms of traffic if people are nervous about gathering with crowds?”

Macy’s is also considering a much earlier start to its Black Friday marketing push, potentially right after Halloween, and plans to adopt one other tactic for the first time during the upcoming holiday shopping season.

Industry watchers say Black Friday has been losing its relevance with shoppers in recent years.

One reason is because retailers started to spread their deals out over many days instead of just one day. And consumers increasingly have turned to the internet to find even deeper deals than in-store bargains, forcing more holiday shopping to shift online.

“I think it’s accurate to say that online sales now account for as much as 40% of Black Friday sales,” said Rankin.

Online sales were rising even before the pandemic. In 2019, shoppers spent more than $600 billion online, up nearly 15% from the previous year, according to the Commerce Department.

“Black Friday has definitely transitioned more into a digital affair in the past five years,” said Neil Saunders, retail analyst and managing director at GlobalData Retail. “The focal point is not that single day anymore. It’s an event spread out over several days.”

Saunders expects Black Friday will be even more diminished this year, especially if Covid-19 sees a second wave in the fall and winter.

“As a single day, yes, much less relevant than ever this year,” he said.

Still, there are some encouraging signs for retailers that consumers’ appetite for shopping remains strong despite the current challenges.

“As stores reopen, there are still people lining up to go shop,” said Rod Sides, who leads Deloitte’s US retail and distribution practice. “Some retailers will look at this and think the risk is too great to attract big crowds on Black Friday. But there could be others who won’t be too worried as long as they are able to keep their employees and customers safe. It could be somewhat of a mixed bag.”