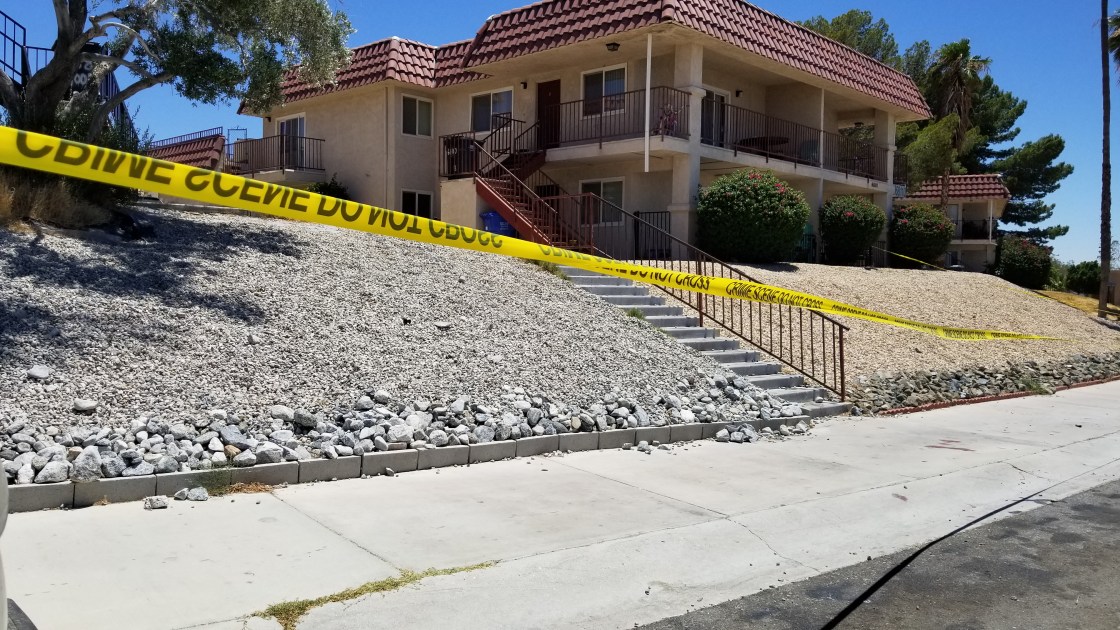 Ryan Silva of Sky Valley, 33, and Daniel Vallardes of Palm Springs, 37, were arrested Monday in connection with a shooting on July 8, according to the Desert Hot Springs Police Department.

Silva is being held at the Riverside jail in lieu of $1 million bail, and is scheduled to make his initial court appearance on Wednesday at the Riverside Hall of Justice. Jail records did not immediately reflect Vallardes’ status.

Police responded about 11 a.m. on July 8 to the 68100 block of Calle Las Tiendas, where a 38-year-old man was found shot multiple times. The victim, whose name was not released, was taken to an area hospital and is now in stable condition, police said.

Detectives identified the suspects as the alleged shooters via unspecified leads, according to police. No motive has been disclosed.

The investigation remains ongoing. Anyone with additional information was asked to call Detective Chris Tooth at 760-329-2904, ext. 352. Anonymous tipsters can also call Crime Stoppers at 760-341-STOP.

Police in Desert Hot Springs are investigating a shooting in the 68100 block of Calle Las Tiendas near what appears to be the Palms Living Apartments.

The shooting was reported around 11:00 this morning.

When officers arrived they found an adult male suffering from a gunshot wound and transported him to Desert Regional Medical Center.

There is no word on his condition.

No other information has been provided at this time.

This story will be updated at information becomes available.