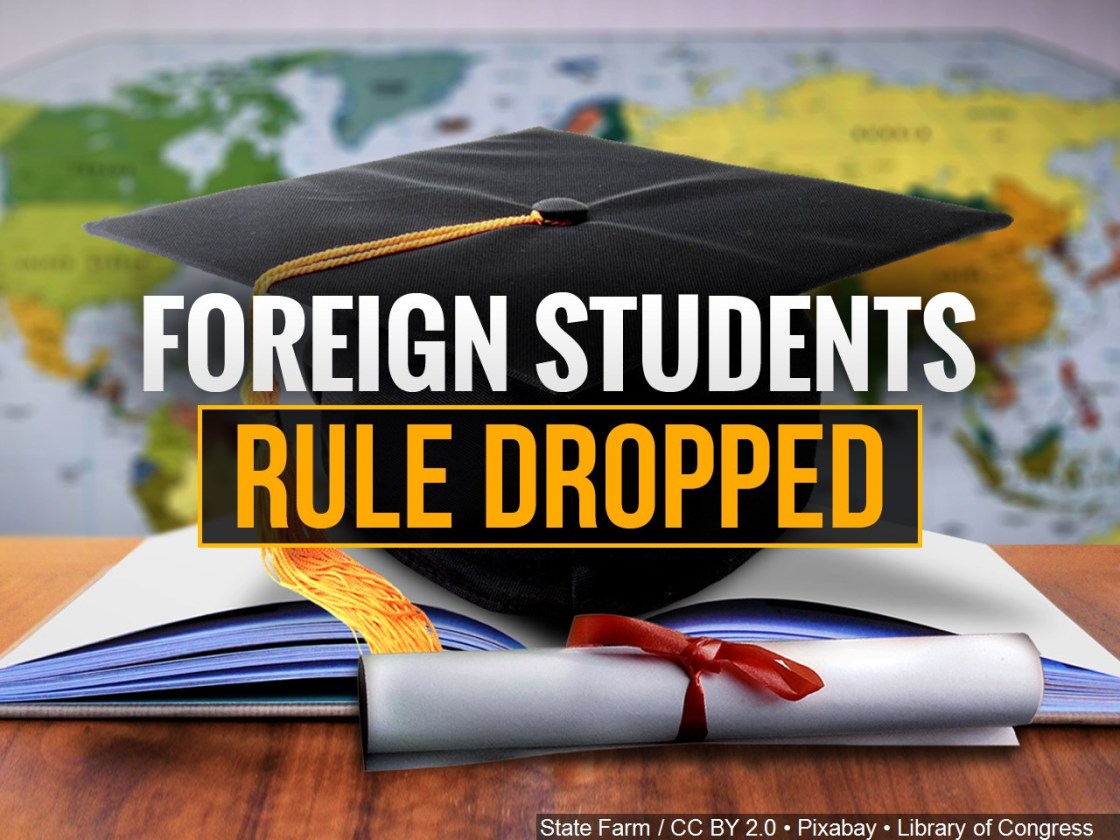 The Trump administration has rescinded its policy that would bar international students who only take online courses from staying in the US, a federal judge announced Tuesday in Boston.

The decision comes a little over a week after Immigration and Customs Enforcement announced that students at schools offering only online courses due to the coronavirus pandemic would need to either leave the US or transfer schools.

One person familiar with the matter told CNN the White House has felt the blowback to the proposal and that some inside the West Wing believe it was poorly conceived and executed.

According to another source, the White House is now focused on having the rule apply only to new students, rather than students already in the US. The White House declined to comment on an ongoing policy process.

For now, though, the move to drop the policy is a reprieve for more than 1 million international students in the US. In the last week, students had expressed frustration and concern over their next steps, as universities and colleges announced decisions to move all courses online.

Among those universities was Harvard, which brought the lawsuit along with the Massachusetts Institute of Technology. Since then, several colleges and states have similarly filed suit.

Rice University President David Leebron, speaking on CNN as the announcement was made, said he’s “delighted” at the decision to reverse course.

Visa requirements for students have always been strict and coming to the US to take online-only courses has been prohibited. ICE maintained that prohibition in its July 6 guidance, while providing some flexibility for hybrid models, meaning a mix of online and in-person classes.

The agency suggested that students currently enrolled in the US consider other options, like transferring to schools with in-person instruction.

“If a school isn’t going to open or if they’re going to be 100% online, then we wouldn’t expect people to be here for that,” acting Homeland Security Deputy Secretary Ken Cuccinelli told CNN’s Brianna Keilar last week.