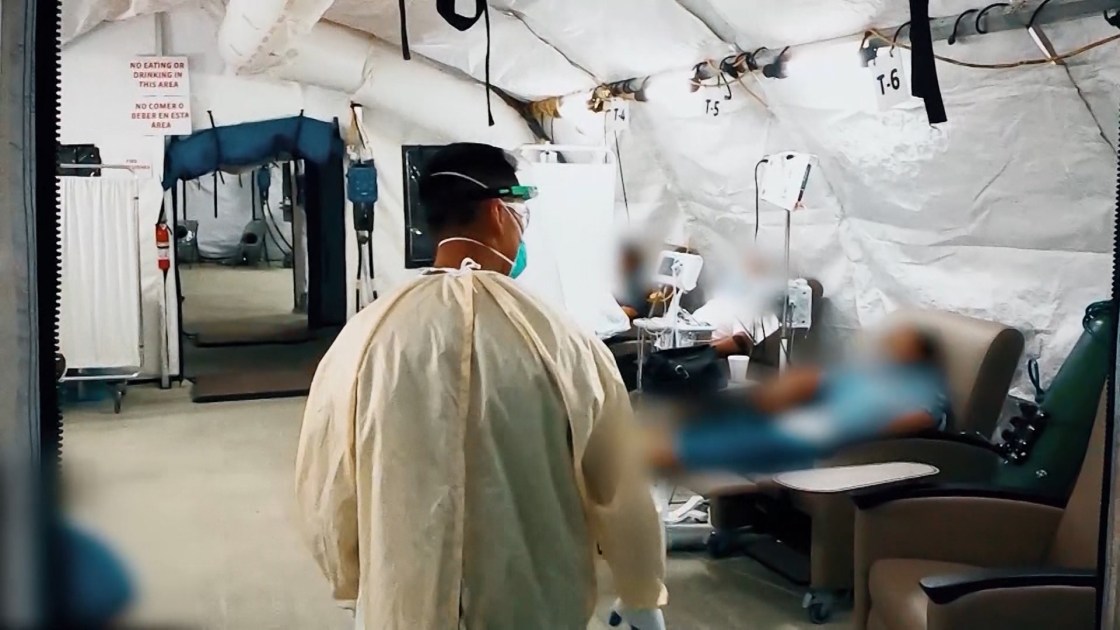 Imperial County Says Asymptomatic Cases May be Contributing to Spread

Health officials tell NBC Palm Springs that daily transfers are starting to decrease, but they are seeing a surge in asymptomatic patients.

As Riverside County hospitals start nearing full capacity, health officials in neighboring Imperial County, who have faced capacity problems for the past couple of months share what they learned from battling the virus.

“Since May 19th the Imperial County has seen a large surge in the number of COVID cases throughout the county. what both hospitals did and continue to do is increase their own capacity both for med surge and ICU level of care,” said Katherine Staats, M.D. EMS Medical Director of Imperial County.

Staats, contributed community spread and being a bi-national community to the possible spread of the virus, and says social isolation is key to slowing down this virus.

“Not hanging out or doing social gatherings with people that you do not live in the same house with, and the main reason for that is we are seeing very high rates of asymptomatic spread and it can be tough to know you may not feel ill but you may still have the possibility of spreading this illness,” explained Staats.

Although hospital transfers are not unusual for the Imperial County, the number of transfers in the past months has been record-breaking.

“In terms of where these patients go, typically we begin with areas closest to us and if their resource begins to diminish, then we will go farther and farther out,” added Staats.

Some patients being flown as far away as UC San Francisco making it harder for families.

“I think communication becomes very challenging, and I think with these far-away families you kind of have to be more available more open,” said Dr. Peter Ching-Hong with UCSF.

Riverside County Officials want to stress that when patients are transferred in from other counties, they do not contribute to our case count.  Imperial County officials say they continue to be limited in bed space but are working on drastically to increase ICU capacity.