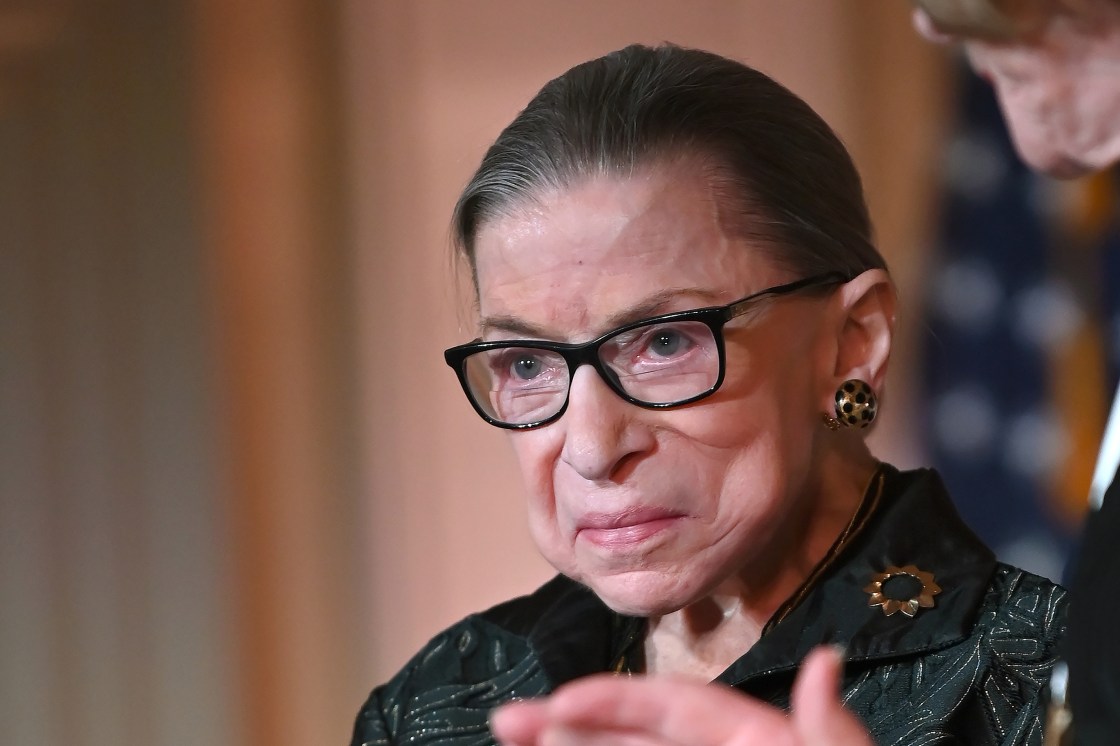 Justice Ruth Bader Ginsburg said Friday she is undergoing chemotherapy to treat a recurrence of cancer.

The treatment is yielding “positive results,” the 87-year-old liberal justice said in a statement, adding that she remains “fully able” to continue in her post.

Owing to her age and long medical history, Ginsburg’s health is the subject of widespread interest given her status as a liberal icon. The prospect that President Donald Trump could name a third justice to the Supreme Court would also be a major election issue.

Earlier this week, Ginsburg was treated at Johns Hopkins Hospital in Baltimore after having a fever and chills, and undergoing an “endoscopic procedure to clean out a bile duct stent that was placed last August,” the court said at the time.

Ginsburg said her cancer treatment is unrelated to this week’s incident.

Ginsburg was also in the hospital in early May. At that time, she participated in oral arguments from her hospital bed, asking questions in a case concerning Obamacare’s so-called contraceptive mandate.

Friday’s statement indicates that the pancreatic cancer Ginsburg was treated for in 2009 has returned again, this time in her liver, and that she tried one of the new immunotherapies for cancer, but it failed to shrink the tumors. It is not liver cancer.

Gemcitabine is a standard chemotherapy treatment that is a mainstay for pancreatic cancer that has spread.

Ginsburg has had several bouts with cancer. She had radiation therapy for the pancreatic cancer in 2019 and had some tumors taken out of a lung in 2018. She had colon cancer in 1999.

The court ended its term last week with a ruling upholding the ability of Congress and a New York prosecutor to attempt to obtain Trump’s financial records. But the court this week has also ruled on two death penalty appeals and a Florida voting access case.

Here is Friday’s full statement as distributed by the court:

“On May 19, I began a course of chemotherapy (gemcitabine) to treat a recurrence of cancer. A periodic scan in February followed by a biopsy revealed lesions on my liver. My recent hospitalizations to remove gall stones and treat an infection were unrelated to this recurrence.

“Immunotherapy first essayed proved unsuccessful. The chemotherapy course, however, is yielding positive results. Satisfied that my treatment course is now clear, I am providing this information.

“My most recent scan on July 7 indicated significant reduction of the liver lesions and no new disease. I am tolerating chemotherapy well and am encouraged by the success of my current treatment. I will continue bi-weekly chemotherapy to keep my cancer at bay, and am able to maintain an active daily routine. Throughout, I have kept up with opinion writing and all other Court work.

“I have often said I would remain a member of the Court as long as I can do the job full steam. I remain fully able to do that.”