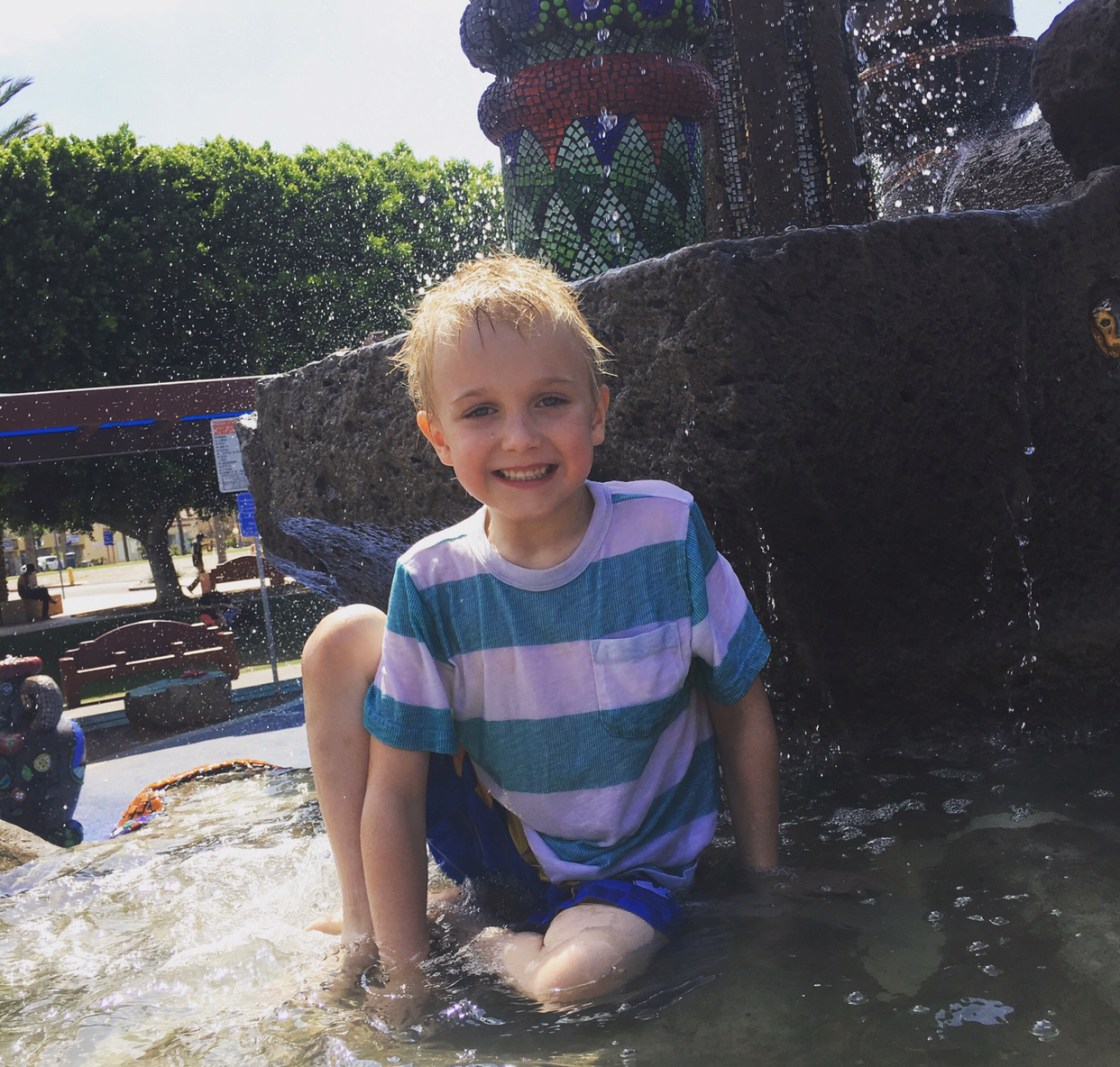 Just six months ago Gavin Ludwick was a happy, energetic and typical seven-year-old boy. Now he’s in the hospital recovering from a massive head injury after being brutally attacked.

Shaw says, Saturday on Vista Del Valle at around 7:00 p.m. Gavin was on his way home from a neighbor’s house when out of nowhere 32-year-old Daniel Birch Poulsen assaulted him.

“This was an innocent child walking home after a fun day at the pool, doesn’t look like there was any type of verbal confrontation or anything like this, this looks like a completely random attack based on what we’re seeing the child may not have even seen the attack coming,” said Shaw, adding that because of where he was found, and the severity, they initially thought it was a hit and run accident, but after interviewing witnesses and finding surveillance footage of the attack they realized what happened.

Arturo Delgado was on his way to grab dinner when he noticed little Gavin unconscious, lying face down on street next to the sidewalk. He ran over to help him.

“I said, ‘hey Gavin!’ and when I went to turn him over I noticed that there was damage on the right side of his head … I called his name out and he started to cry … I was in shock by that point because I couldn’t believe what was happening so I picked him up … ran to his house knocked on the door … the family was shocked,” says Arturo.

They called 911. Gavin’s injuries were so severe, he was airlifted to Loma Linda Medical Center after being initially taken to Desert Regional Medical Center.

DHSPD called in a helicopter and K-9 unit from Riverside County Sheriff’s Department and the California Highway Patrol to help find the suspect. Police found the Poulsen hiding in the neighborhood at 1:30 Sunday morning and arrested him for attempted murder.

Arturo and his family have known little Gavin since he was a baby. Arturo’s dad Carlos has a special bond with him. Carlos says he looked forward to his big smile and hugs. It was hard for him to talk about little Gavin without breaking down.

“The kid is very, very, very special,” he says with a smile and then wept as he tried to figure out why anyone would hurt him.

Every neighbor we spoke with says little Gavin is a sweet little boy. They’re in shock something like this could happen on their street, by one of their neighbors, to a little boy they all love.

“It’s horrific, it’s unconscionable to think that some person, anybody would intentionally harm a little child, a defenseless child,” says Kathie Wooster who lives across the street adding little Gavin loves animals and loves to play with her dog and never caused trouble.

“There’s a lot of neighbors that love him that want to see him recover and really want Gavin to come back the way he was you know energetic, outspoken and smart,” says Arturo.

Poulsen is being held at the Indio Jail and his bail was set at $1 million. He is scheduled to make his initial court appearance at the Larson Justice Center in Indio on Wednesday.

Two friends set up friend GoFundMe accounts to help pay for Gavin’s medical expenses. The family tells us they are both legitimate.

The family says they are grateful for the support. To help click here: Help Gavin