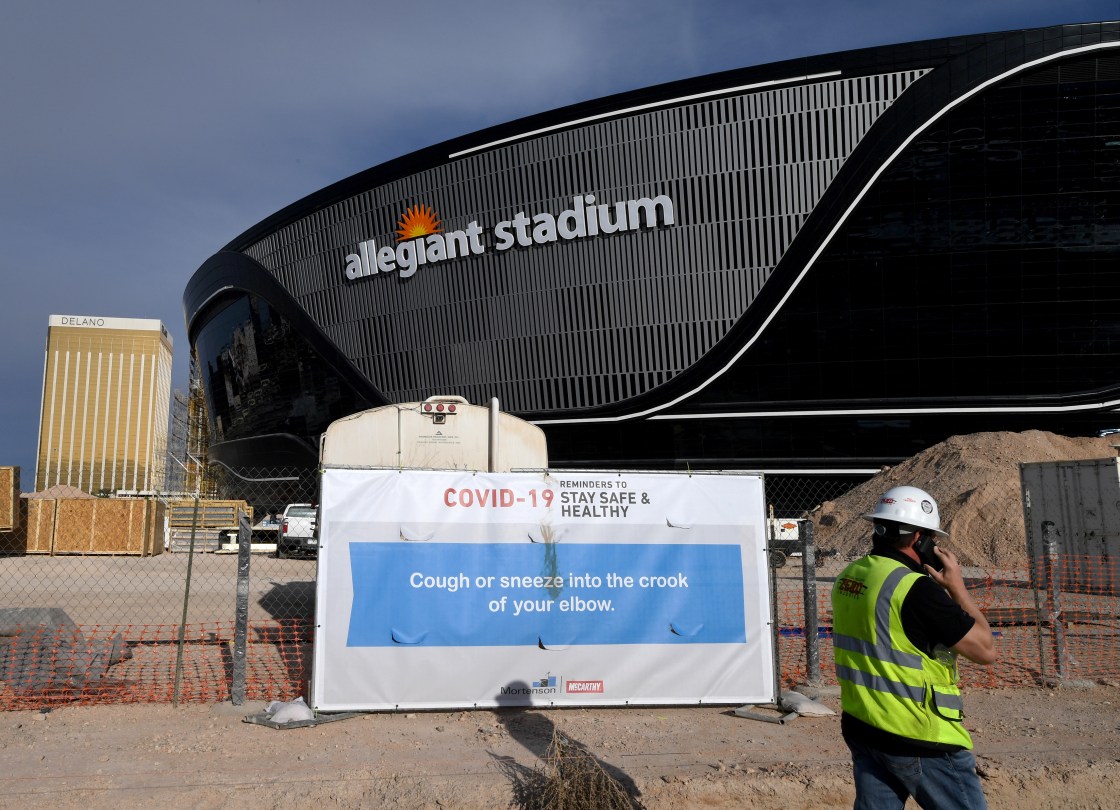 If you want to watch football in person you’re going to have to mask up.

The National Football League announced on Wednesday that fans who attend games will be required to wear face coverings.

Brian McCarthy, the league’s vice president of communications, tweeted on Wednesday, “For those wondering, yes, it is league-wide: fans at NFL games this season will be required to wear face coverings.”

It is still unclear how many teams will host fans in the upcoming season, as there is currently no league-wide policy on the matter. Other professional leagues, such as Major League Baseball, will begin the season without fans in the stands (though fans can boo or cheer their favorite players through MLB’s website).

The remainder of the PGA Tour will go without fans as well.

The Los Angeles Rams say they plan to allow fans at “a limited or no capacity,” in their newly built SoFi Stadium. On Wednesday, the Atlanta Falcons announced to season ticket members they will have “limited capacity of up to 10,000-20,000,” at Mercedes-Benz stadium during the team’s home games to ensure proper social distancing.

Las Vegas Raiders owner Mark Davis said he is leaning towards not allowing fans at their new Allegiant Stadium in Las Vegas, Nevada.

Davis told ESPN.com, “My mindset today is no fans [should attend games]. I don’t even know if it’s safe to play.”

Others, like the New York Jets and New York Giants, who both play at MetLife Stadium in New Jersey, will not be allowed to host fans after New Jersey Governor Phil Murphy signed an executive order to prohibit fans from attending until “further notice.”

The NFL’s regular season is scheduled to kick-off on September 10th, with training camps going ahead as planned later this month.

The announcement came days after a number of the NFL’s leading players raised their concerns over the league’s Covid-19 safety protocol, and as teams prepare to start training camps ahead of the season.

“I am concerned. My wife is pregnant,” Wilson tweeted. “NFL Training camp is about to start. And there’s still No Clear Plan on Player Health & Family Safety. We want to play football but we also want to protect our loved ones.”

In a statement, the NFL said all 32 teams had taken part in a conference call on Friday and were updated on the league’s current start plan for training camps and the season.

“We will continue to implement the health and safety protocols developed jointly with the NFLPA, and based on the advice of leading medical experts, including review by the CDC,” NFL spokesperson Brian McCarthy said.

“We will address additional issues in a cooperative way. All decisions will be made in an effort to put us in position to play a full regular season and postseason culminating with the Super Bowl which is the shared goal of the clubs and the players.”