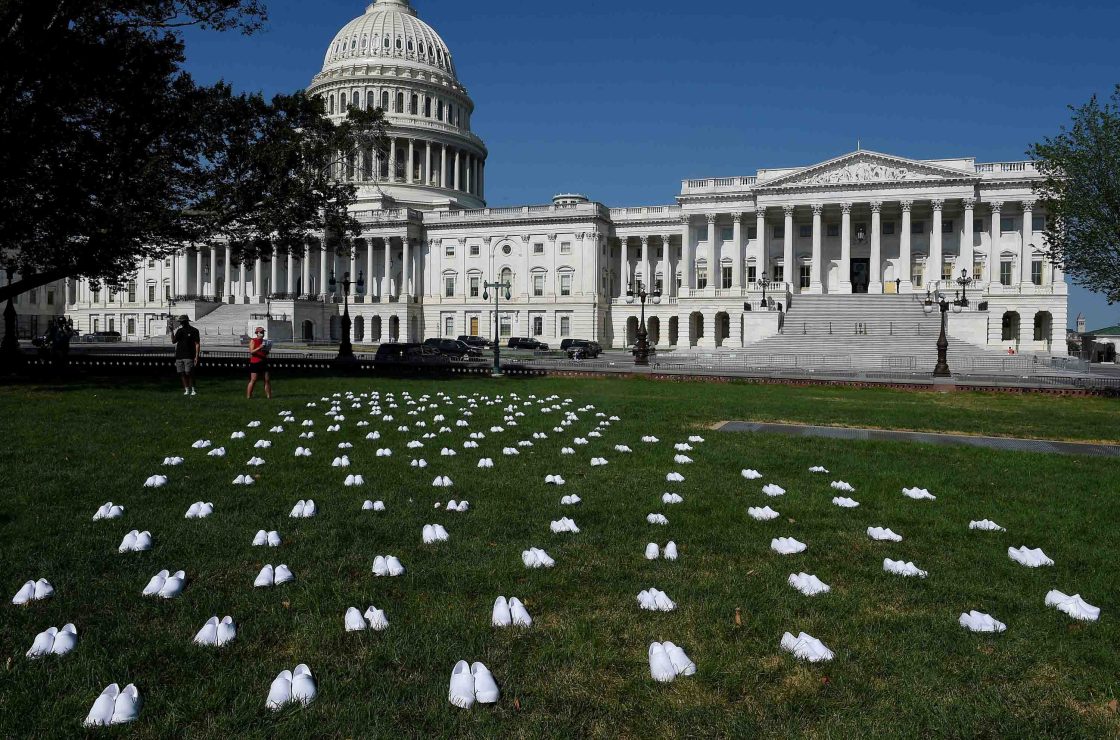 Over 160 pairs of white nursing clogs lined the lawn facing the US Capitol on Tuesday in memory of the nurses who’ve died during the coronavirus crisis.

The shoes were set there by members of National Nurses United, the largest union for registered nurses in the US. At the vigil, the nurses implored the Senate to pass the HEROES Act, a sweeping $3 trillion bill proposed by Democrats that would, among many other measures, increase production for personal protection equipment that hospitals need to treat coronavirus patients.

National Nurses United says the bill, which also would provide direct payments to Americans and funding for state and local governments, could save patients’ and nurses’ lives.

As of Tuesday, 164 nurses had died due to the coronavirus, according to National Nurses United. Some of them, as Sims said in her speech on the lawn of the Capitol, died at the same hospitals where they worked.

The nurses’ union held a similar protest in May in front of the White House, then surrounded by 88 pairs of shoes. There were over 70,000 deaths then, Sims said.

Over two months later, the number of deaths in the US has doubled to over 140,000. Sims said the staggering US death rate demonstrates a “complete and utter failure of presidential and congressional leadership.”

The House of Representatives passed the Democrat-backed HEROES Act on May 15, one week after the nurses’ demonstration. It stalled in the Senate, where Senate Majority Leader Mitch McConnell and GOP senators have been drafting their own stimulus bill without Democrats’ input, according to Senate Democratic Leader Chuck Schumer.

Since the start of the pandemic, health care workers across the US have faced shortages of personal protective equipment, or PPE, including surgical masks and N95 respirators and scrubs, leading them to reuse and rewear contaminated materials. National Nurses United says inadequate PPE has contributed to nursing deaths.

The Trump administration has been criticized for not widely invoking the Defense Production Act, which gives the government more control during emergencies to direct industrial production. It’s been invoked only in some instances, like for testing supplies.

As a result of the shortages, several states have had to rely instead on the private market, which is also facing shortages and is hiking up prices due to international demand.