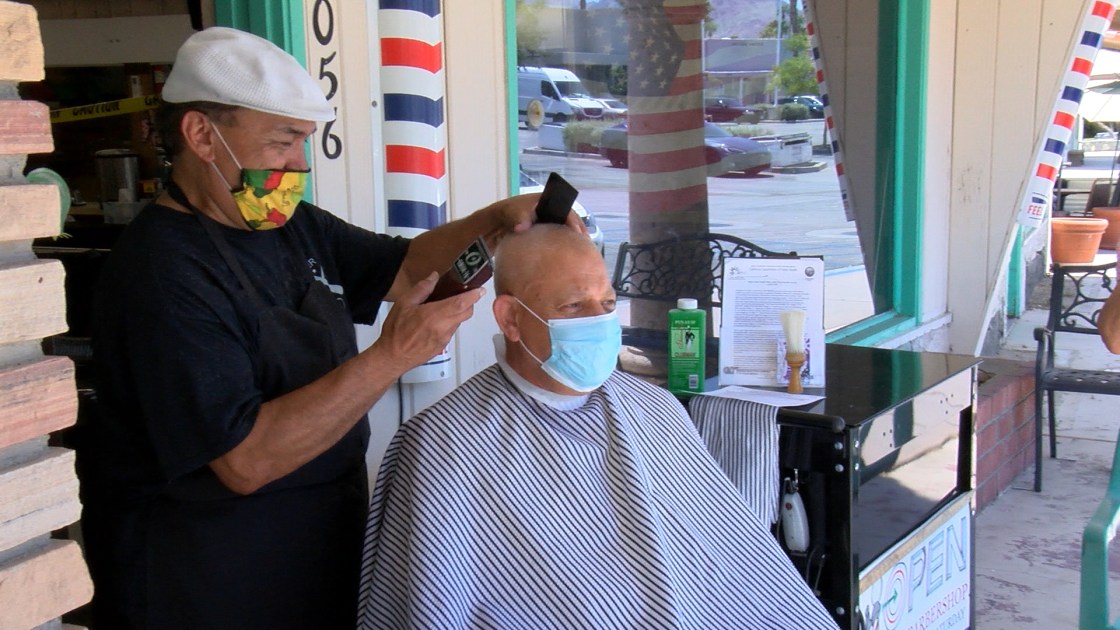 Earlier this month Governor Newsom ordered certain businesses including nail salons and barbershops to move their operations outdoors to help slow the spread of the virus.

Businesses who are unable to move operations outside are being asked to close. NBC Palm Springs caught up with business owners who are frustrated with the circumstances but are doing there best to make it work.

After the governor announced that nail salons and barbershops would have to move operations outdoors or close, local salon owner Jeanette Charnay was frustrated and heartbroken.

“First I was kind of like wow, what is that going to mean for us because we were in 120-degree heatwave. We put a lot into being COVID safe, along with everything else, it cost money for the plexiglass dividers. that was the last thing we did just before they closed us again, we remodeled the whole salon,” exclaimed Charnay.

And although operations can continue outdoors, Charnay says it is not possible for here clientele and local barber Joe Hernandez agrees.

“It’s not your in and out in 15 minutes or 30 minutes, we’re a full-service salon. sitting outside for that amount of time, it just doesn’t work here, but for a barbershop, I think it’s ok,” added Charnay.

“A lot of people don’t realize how expensive it is to move from one business to another, it’s like you’re opening a whole new venue,” said Joe Hernandez, owner of The Patio Barber Shop.

Hernandez has been at this location in Palm Desert for over 40 years and says this is the second time he has had to move operations outdoors.

“We’ve done it once before when there was a lack of power and we had to move them outside to continue the haircuts, but not like this, this is a little more serious,” explained Hernandez.

And customers are appreciative of the services after going months without haircuts.

“He kept a distance, he washed his hands. I think absolutely safe. I got to Walmart every day, why not come here,” said Esam Mahmoue, visiting from Long Beach, California.

Business owners know they have to cooperate with the governor’s orders, but it’s the uncertainty they’re most worried about.

“We don’t really have any hard facts right now on what they actually are going to do. I have to say personally I believe we need that as a community all over to be able to make it,” added Charnay.

Business owners tell NBC Palm Springs they are happy to still be able to provide services outside but say cooperation is key to getting through this pandemic.