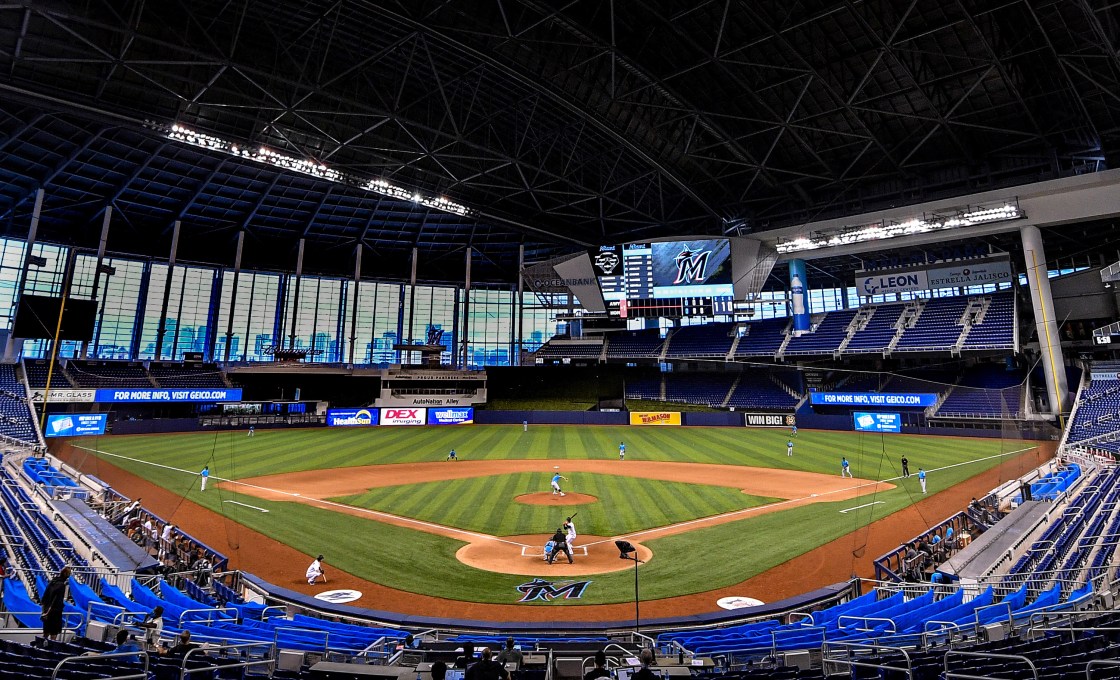 A number of players and coaches on the Miami Marlins tested positive for Covid-19, pushing Major League Baseball to postpone two games and raising questions about its plans to hold a season amid a pandemic.

The Marlins’ home opener against the Baltimore Orioles and the New York Yankees game at the Philadelphia Phillies, both scheduled for Monday night, have been postponed, MLB said, as the league conducts more coronavirus testing.

Eleven Marlins players and two coaches tested positive for the virus, ESPN reports. Marlins CEO Derek Jeter said the team is staying in Philadelphia, where it just played a three-game series, pending the results of a new round of testing.

“Postponing tonight’s home opener was the correct decision to ensure we take a collective pause and try to properly grasp the totality of this situation,” Jeter said in a statement.

The positive tests come just days after MLB began its abbreviated 60-game season — which had been delayed from its usual April opening because of the pandemic — and already threaten to upend the young season.

To try to limit outbreaks, MLB is holding games without fans and has banned high-fives, fist bumps and spitting among players.

Still, the outbreak among players and staff underscores the difficulty — if not impossibility — of bringing large groups of people into close proximity for long periods of time when the coronavirus is so widespread in the American community.

Difficult in reopening amid a pandemic

In recent weeks, Miami has been one of the epicenters of the coronavirus, pushing hospitals to capacity. Miami-Dade County recently surpassed 100,000 confirmed coronavirus cases.

Sports have resumed in other parts of the world where coronavirus has been more successfully contained, including Europe and Asia. But the United States is by far the world leader in coronavirus cases and has not yet restarted any team sports without seeing new cases.

Los Angeles Dodgers pitcher David Price said on Twitter that he decided not to play this season partly because players’ health wasn’t being prioritized.

The outbreak, just three days into the season, stands as a clear warning for other sports leagues as well.

Like baseball, the NFL plans to begin its season in September at teams’ regular home stadiums. But other sports leagues are reopening with their teams in so-called “bubbles” to try to limit interactions with the outside world.

The WNBA tipped off its season on Saturday at IMG Academy in Florida, the NBA is set to restart its season later this week in a bubble at ESPN Wide World of Sports Complex in Orlando and the NHL is planning to restart with dual bubbles in Toronto and Edmonton.