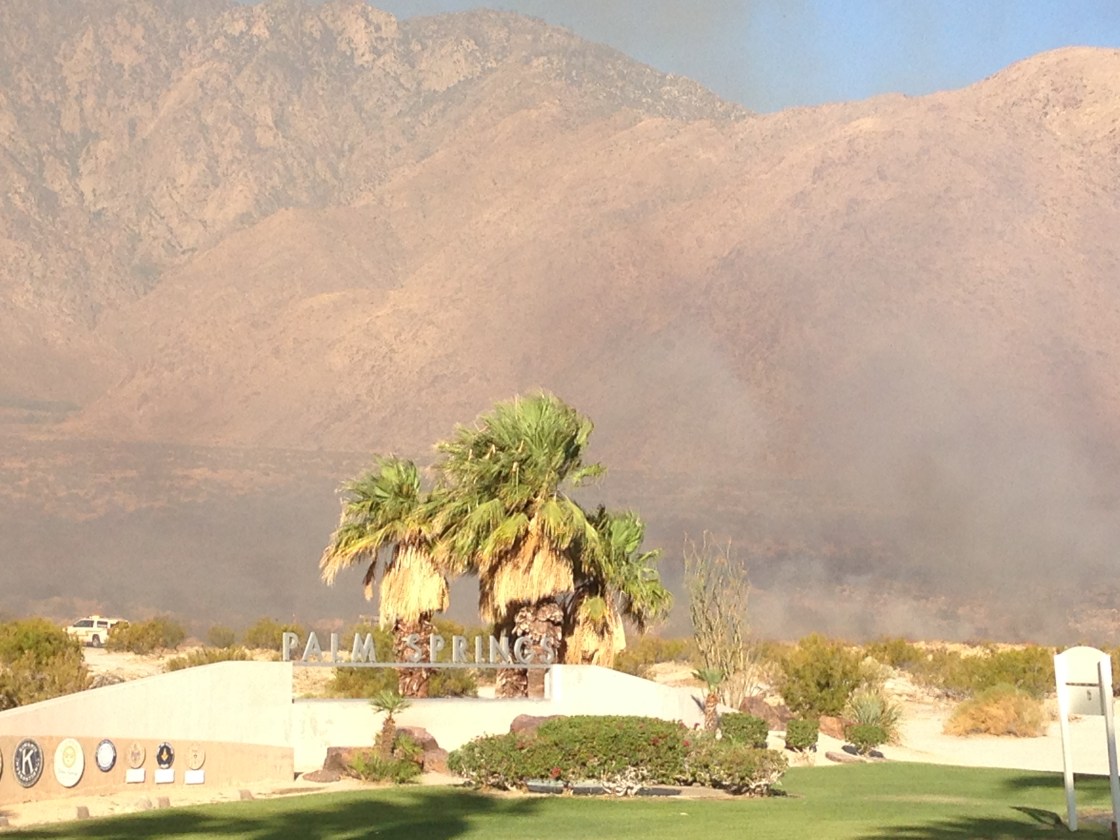 The fire is approximately 211 acres and 50% percent contained as of Sunday morning. Crews will remain on scene throughout the day to mop up all hot spots until 100% containment.

Firefighters had a tough morning on Saturday trying to contain a brush fire that broke out just before 7 a.m. What started off as a 20-acre fire quickly grew into a blaze where helicopters and tankers had to be brought in. Officials tell NBC Palm Springs at one point the palm springs visitor center was in harm’s way.

Crews were called out to a fire near Highway 111 not far from the Palm Springs Aerial Tramway around 6:30 Saturday morning.

“Currently we have approximately 20 fire units on scene of approximately about 50 acres at this time,” said Captain Nathan Gunkel with the Palm Springs Fire Department.

The then 50-acre fire started to quickly grow and more help from other agencies was called in.

“We also have two helicopters and two airships helping us fight the fire,” added Gunkel.

The growing fire also prompted parts of Highway 111 to be shut down, by midday, the wind had shifted the fire’s direction, but officials say initially they were worried about The Palm Springs Visitor Center.

“It was initially going towards the visitors center, that was a threat, we did send engines over here to help protect the visitor center while we continue to fight the fire,” explained Gunkel.

“The visitor center in Palm Springs is an iconic building in the city, so obviously that being threatened would be really, really terrible,” said Steve Orr, resident of Palm Springs.

Onlookers explained their morning watching the fire and how winds quickly shifted the blaze.

“We were going to walk the dog and noticed that the sky was kind of a reddish color. we’ve seen it shift from the north more this direction all the way moving to the right,” explained Orr.

Fire officials say what makes fighting this fire tough is the water supply, wind, and terrain.

“We’ve had several wind changes, it’s been very difficult to get to, no water supplies out here. and that’s been the biggest thing, a very rocky, a very steep terrain,” said Gunkel.

“We’re thankful that the winds are blowing it away from the residential neighborhoods,” added Orr.

This story is developing and will be updated as information becomes available.