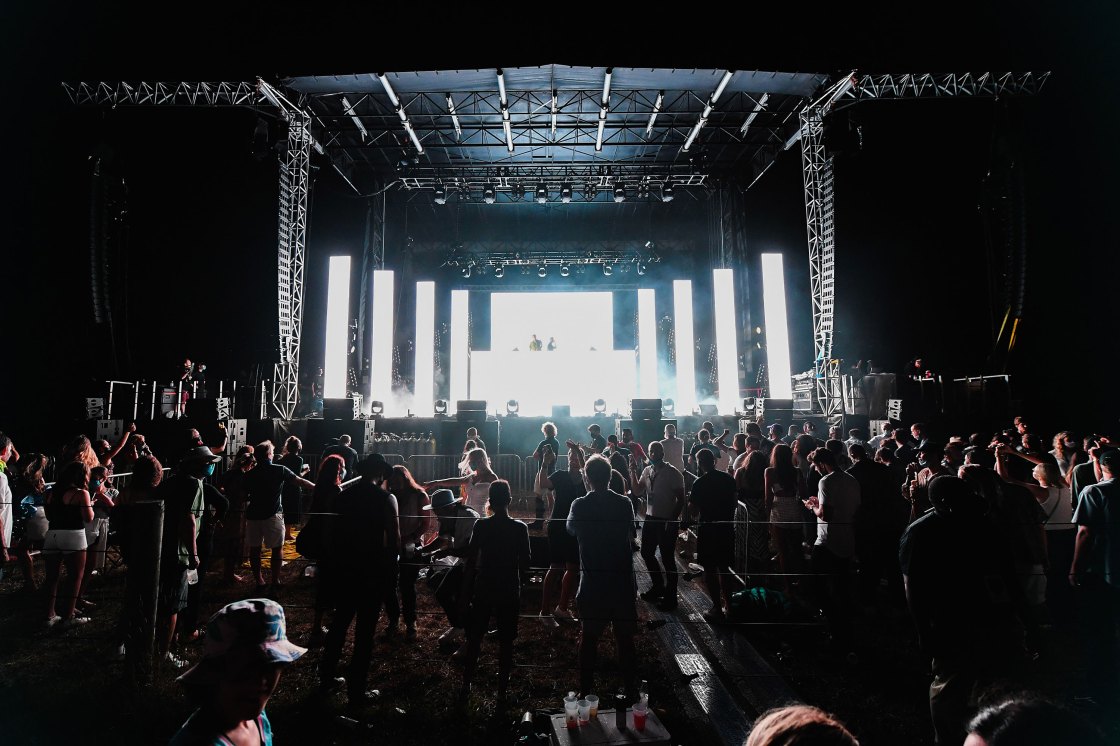 New York authorities are investigating a drive-in concert in the Hamptons this weekend that appeared to violate the state’s social distancing guidelines.

Gov. Cuomo tweeted Monday that he was “appalled” by videos from the concert that “show egregious social distancing violations” and that the state has “no tolerance for the illegal & reckless endangerment of public health.”

The event page advertised the concert, headlined by The Chainsmokers, as a socially distanced drive-in benefit concert that would allow 600 vehicles.

New York State Health Commissioner Dr. Howard Zucker sent a letter Monday inquiring about the concert to Southhampton’s Supervisor Jay Schneiderman. The commissioner noted that New York is still in a declared state of emergency due to the Covid-19 pandemic and that several executive orders and health regulations requiring social distancing have been issued since March.

All non-essential gatherings of more than 50 people are currently banned in the state, with a maximum fine of $1,000 for violating social distancing protocol.

In the letter to the town’s supervisor, Zucker said he was “greatly disturbed” by the reports of “thousands of people in close proximity, out of their vehicles, a VIP area where there was no pretense of a vehicle, and generally not adhering to social distancing guidance.”

“I am at a loss as to how the Town of Southampton could have issued a permit for such an event, how they believed it was legal and not an obvious public health threat,” Zucker wrote.

Zucker demanded in the letter that Schneiderman respond within 24 hours as to whether the town issued a permit for the concert, under what conditions a permit was issued, and why the concert was allowed to continue “when it became clear violations were rampant.”

Supervisor Schneiderman’s band was also scheduled to play a set before the main act during the concert, according to the event page.

CNN has reached out to Schneiderman and local police for comment.

Schneiderman blamed organizers for not following approved plans for the event during interviews with local newspapers.

“They opened up a VIP pit area and that was where most of the problems were,” he told The Independent of East End.

“As proposed to us, it met the guidelines,” he told The East Hampton Star. “However, the organizers didn’t strictly adhere to it.”

Concert producers say they had measures to prevent virus spread

In a statement issued Monday, the concert’s producers, In The Know Experiences and Invisible Noise said they “made best efforts to ensure New York’s social distancing guidelines were properly maintained throughout the event” and “collaborated with all state and local health officials to keep everyone safe.”

All guests were instructed to self-monitor their daily temperature for two weeks prior to the event, the producers said. At the concert, individuals in every car had their temperatures checked and were given complementary face masks before driving to their designated 20′ x 20′ space. Guests were instructed that they should only leave their designed spots to use the restroom facilities, according to their statement.

In addition to those measures, the event’s producers also said that there were security guards patrolling the area to “encourage mask wearing and promote social distancing guidelines.”

The event page advertised that no concessions would be sold, but some pre-purchased packages would be waiting for some guests in their designated area and food brought from home was permitted.

The “Safe & Sound” concert fundraiser benefited a few charities including No Kid Hungry.

“We were grateful to be a beneficiary of this event. We believe in following the advice of local public health officials to best combat this pandemic and advise our supporters to do the same,” No Kid Hungry foundation spokesperson Laura Washburn told CNN in a statement.