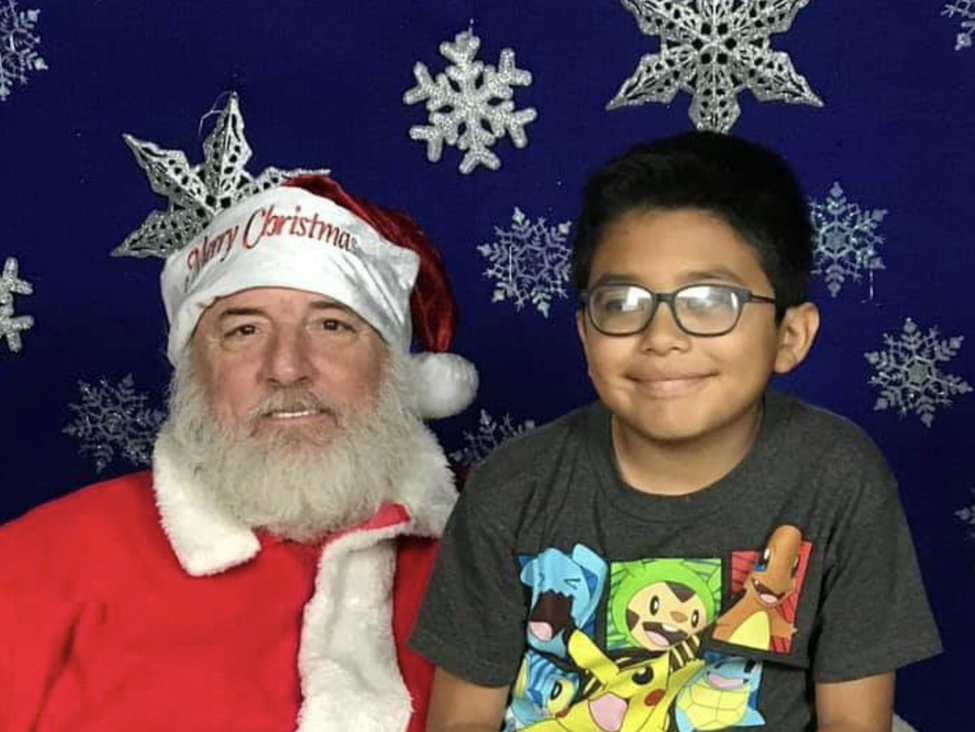 He was a hero of sorts to parents who couldn’t afford presents or take their children to the mall for classic Christmas pictures.

But this year the Christmas lights in this community won’t have the same sparkle. That’s because on July 23, 2020 “DHS Santa” passed away.

His wife of 35 years, Debbie is devastated, “My beloved, the other half of my heart, he was a friend to everybody,” she says through tears.

Being Santa is something he always wanted to do. He loved giving back to the community he called home for over four decades.

“He loved the children, especially DHS because that’s where he’s from, he was being Santa, he could care less what color, race, creed you were,” says Debbie.

He and his wife would dig deep into their own pockets to make Christmas happen for those who would have to skip the holiday. Debbie is used to giving, so she won’t admit it.

But now her family needs  a little Christmas in July to help pay for the funeral expenses, yet all she asks for is that “DHS Santa” lives on in the hearts of the community he loved.

Debbie breaks down in tears and says, “Please don’t forget him.”

Collins was only 59-years-old. Debbie says she doesn’t know the cause of death.

He is survived by his wife Debbie, sons Matt and Ricky and grandson.

A friend of the family set up  a GoFundMe account to help with the funeral costs.