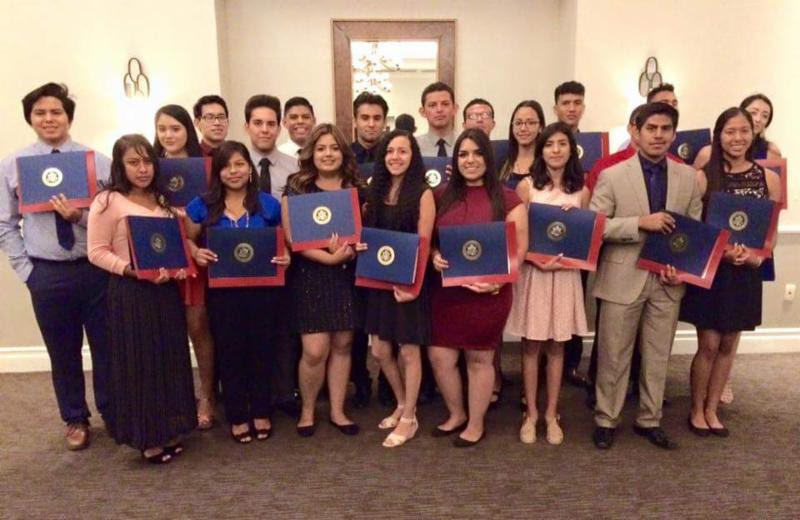 Students with Mexican ancestry from all high schools in the Coachella Valley and Palo Verde High School in Blythe were invited to submit a scholarship application. Scholarships are awarded to students who have at least a 3.0 GPA, are involved in bettering their community, are of Mexican ancestry, and who demonstrate leadership skills and financial need. This year individual scholarships ranged from $1,000 to $3,750.

The scholarships have been awarded during an unprecedented time during the coronavirus pandemic. With the Annual Awards Banquet being cancelled in the wake of the pandemic, personalized yard signs for each recipient were created and Dr. Carreón Foundation’s Executive Director, Board President and several board members delivered them to the awardees’ homes. Many students will be participating in virtual education during the fall semester with many schools closed for in-person classes.

Having awarded more than $1.6 million in scholarships since 1991, recipients have attended schools locally and across the country including College of the Desert, Cal State San Bernardino Palm Desert Campus, the University of Southern California, UCLA, MIT and Harvard University, to name a few.

In addition, ECV for Change, a sponsored organization under the Dr. Carreón Foundation, officially launched earlier this year. The goal of ECV for CHANGE is to empower the future of the Eastern Coachella Valley one student at a time. As a one-year mentorship program for current CVUSD high school sophomores and juniors it focuses on the following pillars: higher education, leadership development, and civic engagement. The mentorship will pair a current CVUSD student with a current college student or college graduate who was a former CVUSD student, or is a part of the Coachella Valley. ECV for CHANGE will also provide additional services to the CVUSD such as: professional development and college application workshops.

Dr. Carreon Foundation is located at 41550 Eclectic Street in Palm Desert, and can be reached at (858) 344-4812. Visit www.carreonfoundation.org for additional information.