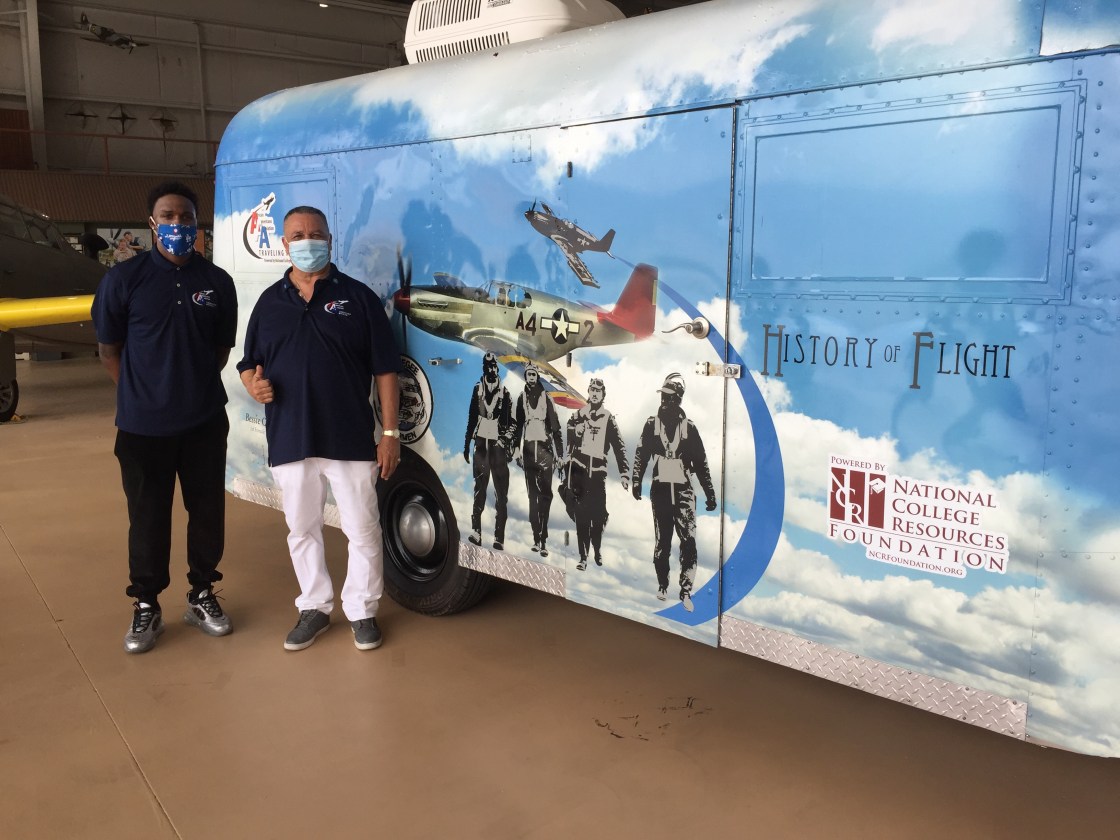 “If I was any more excited I‘d have a heart attack in a happy way,” says Spencer.

A day he dreamed about years ago is finally here: the launch of his African Americans in Aviation Travel Museum.

“Today we’re going to be on our way across more than 18 states, 25 cities and we’re going to do 7,000 miles, if Chauncey doesn’t make a wrong turn, in 25 days,” says Spencer standing at a hangar at the Palm Springs Air Museum.

The goal is to make it to the March on Washington with stops along the way in major cities to educate young people about a part of the American story that’s rarely told.

“There’s a piece of American history that’s been left out,” he says.

Making that journey with him will be 22-year-old Torii Hilbert from long beach, an intern with the National College Resources Foundation, or NCRF, a non profit  working to bring equity in education, he hopes, like him, young people are able to see the possibilities though this history.

The museum built inside the travel trailer tells the story of the African American, pioneer pilots who found a way to make their dreams of flight possible during a time when they were told the color of their skin disqualified them from even trying. Among them Chauncey Spencer’s father. Chauncey Spencer Sr. tried to get flying lessons at 16-years-old.

“‘We don’t teach colored to fly, they don’t have the intelligence,’ says Spencer the airport manager told his father adding, “it hurt my father but it didn’t stop his dream.”

Spencer defied the odds, and helped get African Americans into the Civil Pilots Training Program, that produced the legendary Tuskegee Airmen.

Dr. Theresa Price, founder and CEO of the NCRF, says her organization sponsored this project to help future generations sprout wings, “This is to inspire everyone that never thought they could fly, fly high, cause all things are possible.”