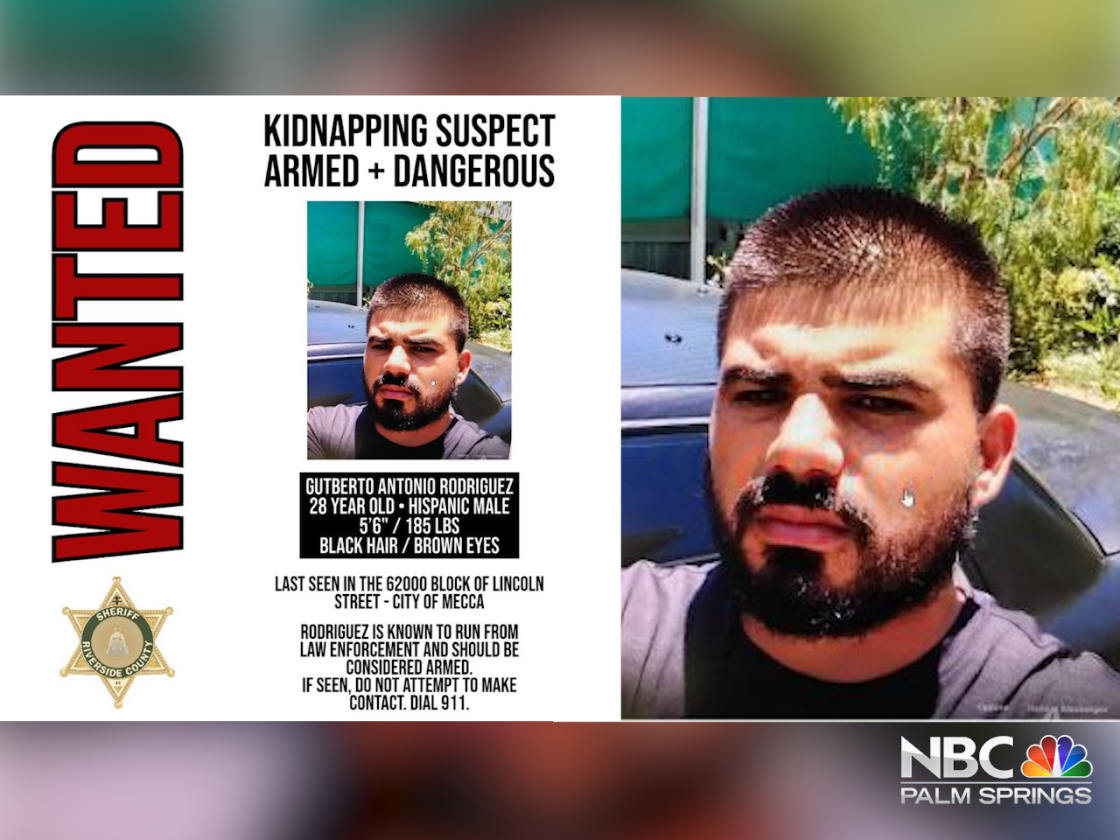 MECCA (CNS) – A 28-year-old man was named Wednesday as the suspect in a kidnapping, and sheriff’s officials said he should be considered armed and dangerous.

Gutberto Antonio Rodriguez was last seen in the 62000 block of Lincoln Street in Mecca, and anybody who spots him should call 911, according to the Riverside County Sheriff’s Department.

“Rodriguez is known to run from law enforcement and should be considered armed,” the sheriff’s department posted on social media. “If seen, please do not attempt to make contact.”

Additional information about the kidnapping case was not released.

Rodriguez was described as Hispanic, 5-foot-6 and 185 pounds, with black hair and brown eyes.

He was convicted of a misdemeanor hit-and-run that resulted in property damage in 2018, but has no documented felony convictions in Riverside County.