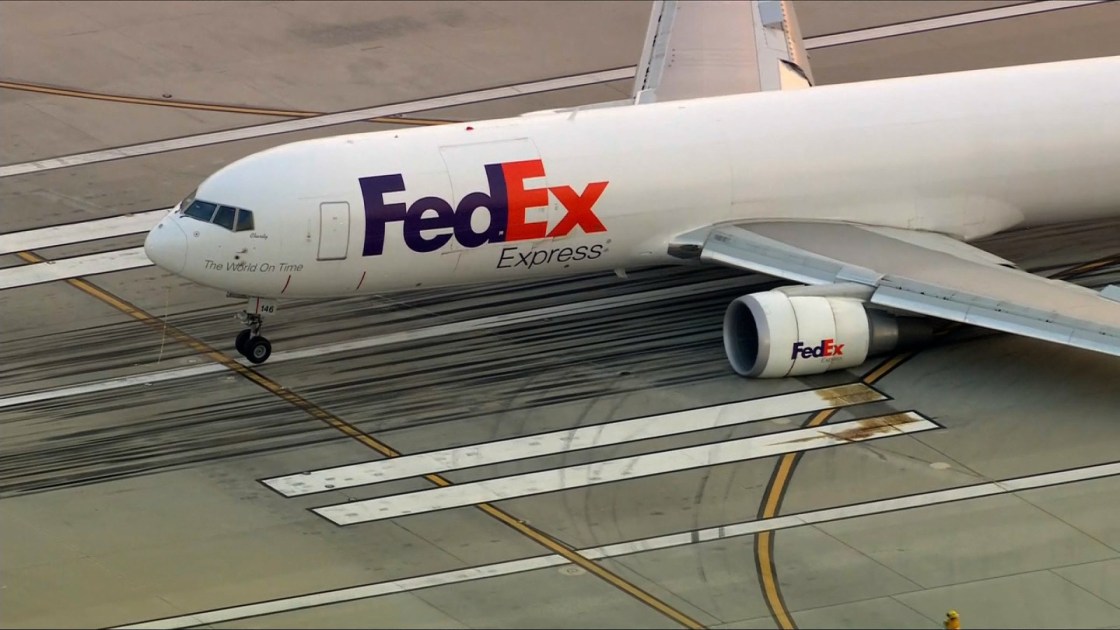 Sparks erupted from the bottom of a FedEx cargo jet as it made a pre-dawn emergency landing Wednesday at Los Angeles International Airport, officials said.

A man who was hurt while leaving the aircraft was taken to a hospital, said airport spokeswoman Olga Gallardo. His condition was unknown, but the injury was described as not life-threatening.

Only two people were on board, she said.

FedEx Flight 1026, a Boeing 767, experienced a landing gear malfunction while landing about around 4:50 a.m. PDT, said Ian Gregor, a spokesman with the Federal Aviation Administration.

The crew was unable to extend the left main landing gear before landing on Runway 25R, Gregor said in a statement.

The runway was closed until the aircraft can be removed, the statement said.

The plane had departed from Newark Liberty International Airport. The FAA is investigating.

FedEx spokeswoman Shannon Davis Ford in a statement said the company was “grateful that our flight crew is safe and that no one was seriously injured.

“Safety is our top priority, and we are working with investigators to fully understand the matter,” she said.

Video from the scene showed sparks and flames shooting out from the bottom of the plane as it slowed on the runway.