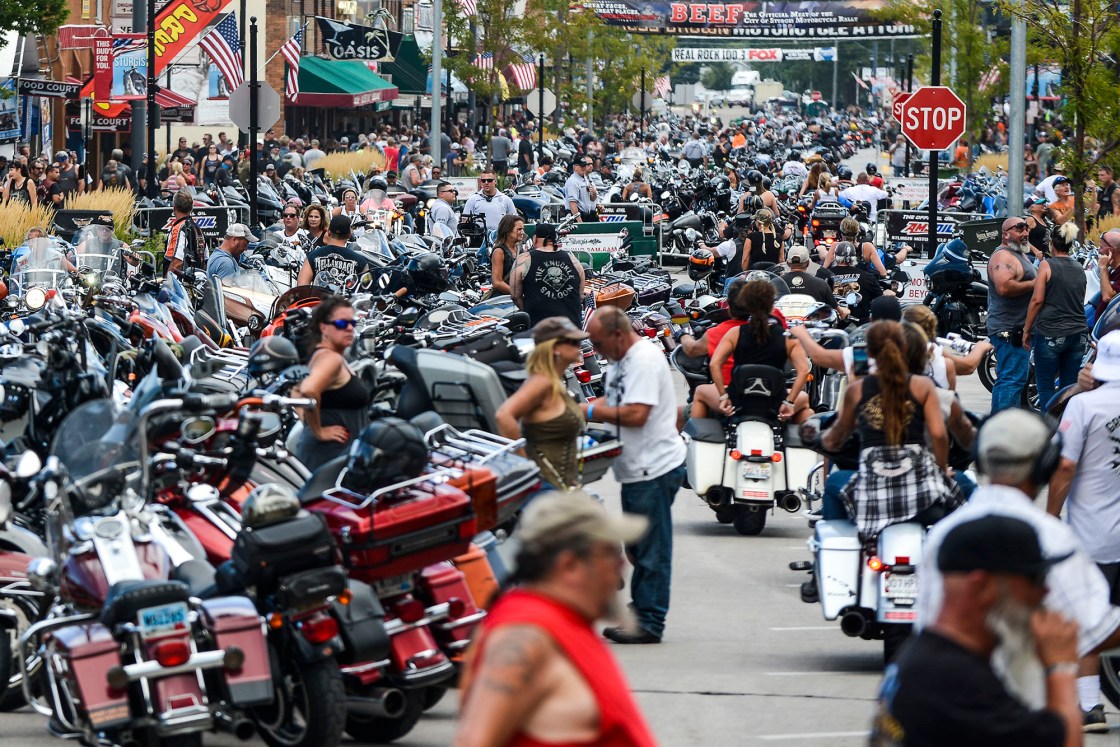 A person who spent hours at a bar during the Sturgis motorcycle rally in South Dakota last week has tested positive for Covid-19, state health officials said Tuesday.

Health experts were concerned the mass gathering could be a “super-spreader” event, as many attendees travel from all over the country — including coronavirus hotspots — and could bring infections back home when they return.

The bar-goer visited One-Eyed Jack’s Saloon in Sturgis on August 11 from noon to 5:30 p.m. while able to transmit the virus to others, health officials said. Anyone who visited the saloon during that period should monitor for symptoms for 14 days after the visit.

South Dakota Department of Transportation officials tracked over 462,000 vehicles entering Sturgis during the rally, according to CNN affiliate KDLT/KSFY. That total is a 7.5% decline from the previous year but still represents one of the largest gatherings since the coronavirus pandemic began.

Many of those gathered did not wear masks or keep distance from others, most notably at a concert for the rock band Smash Mouth.

The potential exposure at the Sturgis bar is one of several Covid-19 cases connected to bars and concerts over the past few weeks in South Dakota. Officials have also announced possible exposures at a Big and Rich concert at the Sioux Empire Fair in Sioux Falls, a gentleman’s club in Sioux Falls, a bar in Hill City and a nightclub in Brookings.

A little more than 60% of people in the city voted against holding the event. But city officials said they felt they wouldn’t have been able to stop the crowds from coming in and instead opted to prepare for the event as best they could.

“There are people throughout America who have been locked up for months and months,” Daniel Ainslie, the city manager, told CNN last week. “So we kept hearing from people saying it doesn’t matter, they are coming to Sturgis. So with that, ultimately the council decided that it was really vital for the community to be prepared for the additional people that we’re going to end up having.”

South Dakota is one of 12 US states that have seen an increase in new cases this past week compared to the week prior, according to data from Johns Hopkins University. The state’s seven-day average of new daily cases has increased since last July and topped 100 new daily cases on Tuesday.

Adjusted for population, South Dakota’s seven-day moving average of new cases is about in the middle of all US states, nestled between North Carolina and Arizona.