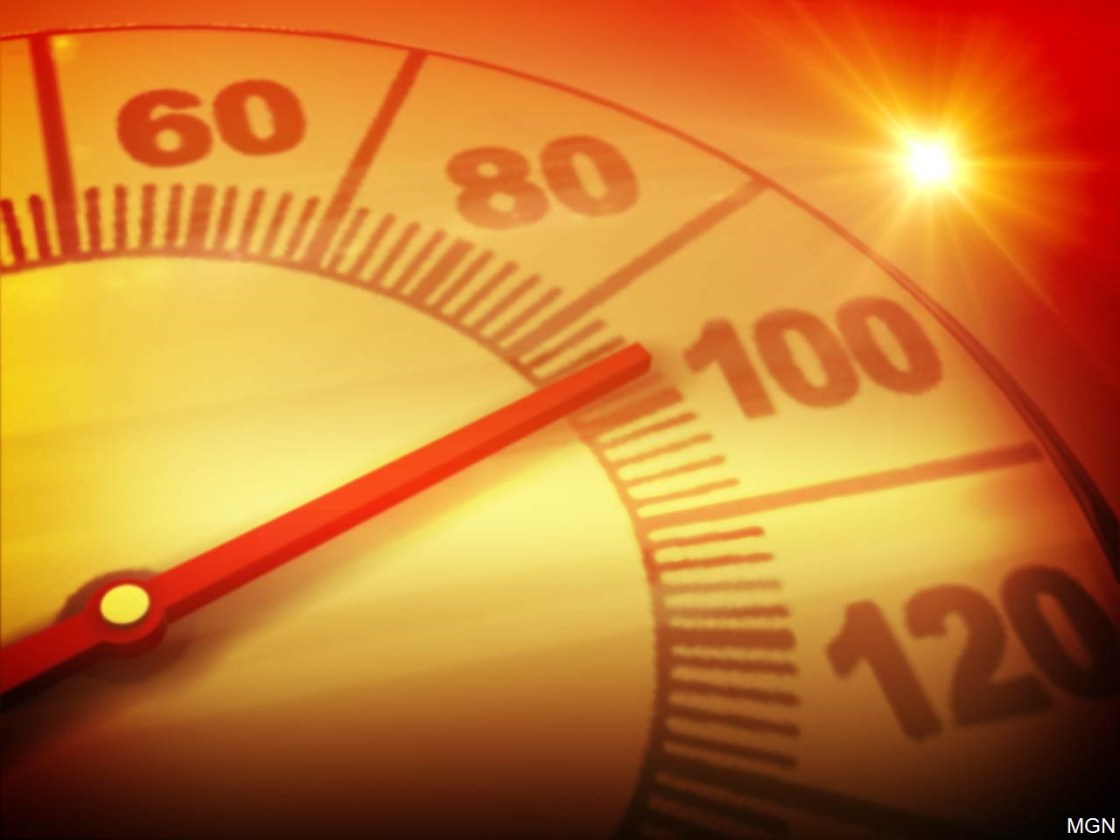 RIVERSIDE (CNS) – A heat wave will continue Wednesday throughout Riverside County, but temperatures are expected to cool slightly this weekend, according to the National Weather Service.

High pressure over the southwestern United States will slowly weaken starting Wednesday as it moves southward into Arizona, forecasters said.

An excessive heat warning will remain in effect until 10 p.m. Thursday in the Riverside metropolitan area, the Riverside County mountains, the San Gorgonio Pass near Banning and the Coachella Valley.

The NWS urged residents to drink plenty of fluids, stay out of the sun and check on relatives and neighbors. Also, young children, seniors and pets should be never be left unattended in a vehicle, with car interiors able to “reach lethal temperatures in a matter of minutes,” according to the NWS.

High temperatures Wednesday are forecast to reach 114 in the Coachella Valley, 114 in the San Gorgonio Pass near Banning, 106 in Hemet, 105 in Riverside, 105 in Lake Elsinore, 100 in Temecula and 91 in Idyllwild.

Monsoonal moisture could bring thunderstorms Wednesday afternoon in the Riverside County mountains, the Coachella Valley, the San Gorgonio Pass near Banning and parts of the Riverside metropolitan area, forecasters said.

Highs in the Coachella Valley are expected to drop to 108 on Saturday and Sunday, according to the NWS. The mercury in the Riverside metropolitan area is forecast to remain in the triple digits through Friday.

San Jacinto set a high-temperature record for an August 18 on Tuesday, while Riverside tied its mark of 108 from 1950, according to the NWS. San Jacinto reached 106 on Tuesday, besting its previous record of 104 degrees in 2003.

A full list of the cooling center locations can be found at: CAPRiverside.org/Cool-Centers.

As of early Wednesday morning, fire crews were nearing full containment of the Apple Fire, which has burned 33,424 acres in the San Bernardino National Forest including a portion of the San Gorgonio Pass near Banning. The blaze is 95% contained.

Wind gusts from the west are expected to reach 30 mph in that area Wednesday and there is a slight chance of thunderstorms, forecasters said.

U.S. Forest Service officials said the gusty winds and high temperatures Wednesday could pose a challenge to containment efforts, but fire lines passed the test of winds all last week.

*This article was corrected on 8/19/2020. It previously stated that there were only 14 cooling centers in the entire County of Riverside, that number has been corrected to 32.