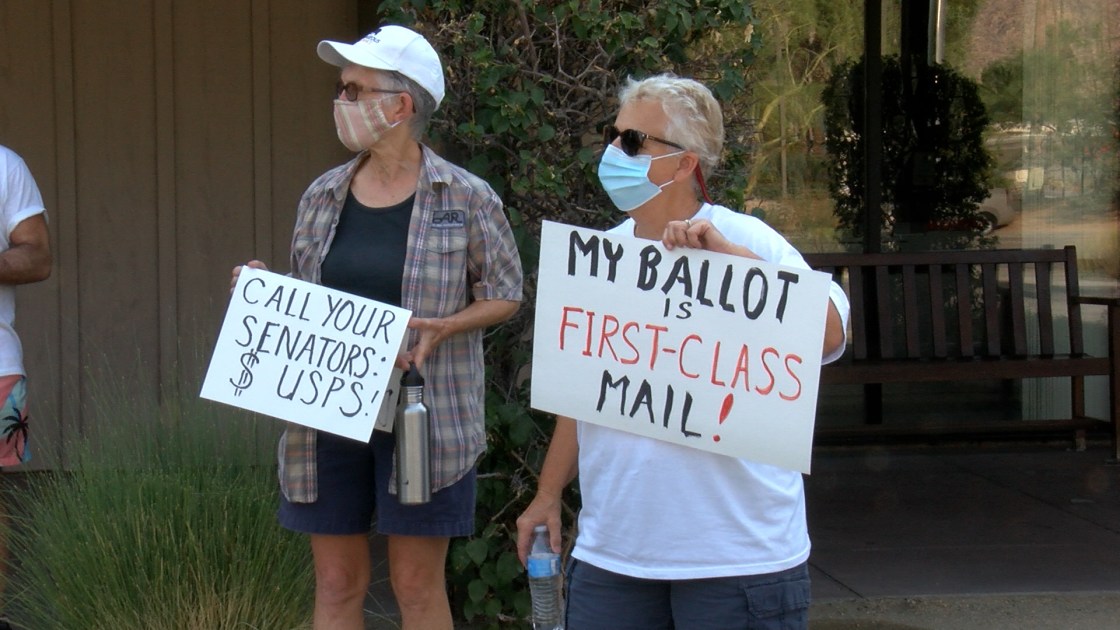 Rallies Take Place Nationwide To Save The U.S. Post Office

Demonstrations took place across the nation this morning to save the post office, it’s being called “Save the post office Saturday.” This as congress meets to work on a stimulus bill that will include funding for postal services.

The day of action is led by Moveon.org with 700 rallies planned nationwide.

“What we’re doing is protesting the fact that de joy has removed and demolished equipment for fast sorting,” said Yasmin Espinoza, Activist.

Postmaster General Louis DeJoy faced tough questions from Senate Democrats on Friday but assured that ballots will be on time and secure.

“As we head into election season I want to assure American people we are committed to delivering ballots securely and on time,” said Louis DeJoy, U.S. Postmaster General.

“818 sorters were removed and what was scheduled was I think about 847, so the post office and its services are an essential part of democracy and guaranteed by the constitution,” said Joy Silver, a concerned citizen of Palm Springs.

The house of representatives is expected to vote on funding for the postal service, but the president says regardless of what they do he will veto it.

“We find it interesting, that at this particular time, the money that’s needed to bolster the governmental agency of a protected constitutional service is being withheld,” added Silver

DeJoy, who is a trump donor, insisted that the post office is ready for the election.”

“We deliver 433m pieces of mail a day, so 160m ballots over a course of a week, very small,” explained DeJoy.

“We will vote, you cannot tamper with the U.S. Post Office, we want to be repaid for all the machines that were ruined, that were taxpayers money. he is unfit for office and needs to resign and congress needs to do their job and have him removed,” added Espinoza.

Advocates also had advice for voters concerned with their vote being counted if they choose to vote by mail.

“Here in the Coachella Valley, that we vote early as soon as we get our ballots, or we will take them down to the registrar of voters to be sure that our votes will count,” said Silver.